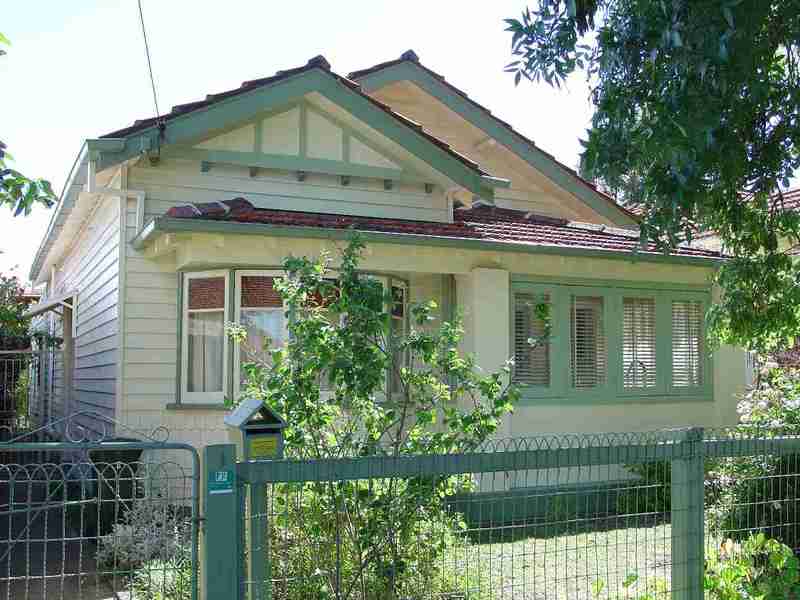 The Kennedy Street Area comprises part of Crown Portions 41 and 44, two 27 acre lots sold in June 1849. The area's building stock derives from two periods of development in Richmond. To the south, the houses in Gardner, Buckingham and Kent Streets date from the late 19th century when the area was developed as workers' housing.

To the north, the east side of Johnson Street, along with Hollick, Cole and Kennedy Streets remained undeveloped until the inter-War period. While MMBW maps from 1896 show Gardner, Buckingham and Kent Streets to be almost fully developed at that time, the large area bounded by Victoria, Burnley, Buckingham and Johnson Streets, known as Cole's Paddock, was almost completely vacant. The only development was Cole's Terrace, a row of six attached dwellings facing Victoria Street, where Davison Street now stands. Set back approximately 73m from the street, the terrace then had a sweeping semi-circular carriage drive. (64) No street trees were shown on the MMBW Detail Plans of 1898 (65).

The main development eras evident in the heritage overlay are those of the Victorian era and inter-war periods, with a substantial contribution from the Edwardian-period. There is also a contribution from well preserved inter-war buildings and individually significant places of all eras.

The Kennedy Street Heritage Overlay Area contributory elements include (but not exclusively) generally detached Victorian-era and some Edwardian-era groups, plus short streets of inter-war detached mainly one-storey houses having:

. Post-supported front verandah elements facing the street on Victorian-era and Edwardian-era houses and front porches, set on heavy piers, for the inter-war houses,

. Less than 40% of the street wall face comprised with openings such as windows and doors, with vertical rectangles for the Victorian-era houses and horizontal window groups for the inter-war; and

. Front gardens, originally bordered by timber picket front fences of around 1m height for the Victorian and Edwardian-era houses and simple timber pickets, woven or chain wire fixed to a timber frame for the inter-war.

The Kennedy Street Area is significant:

. For two well preserved groups of housing, Victorian and Edwardian-era and inter-war, as two important eras of workers' cottage development, being visually cohesive remnants of housing types that were once more common throughout the suburb; and

. For the intact streetscapes of Californian Bungalows sited in distinctive cul-de-sacs in Cole, Hollick, Johnson and Kennedy Streets and the east side of Johnson Street and in parts of Buckingham and Kent Streets, as a reminder that not all of Richmond was fully developed by the First World War.