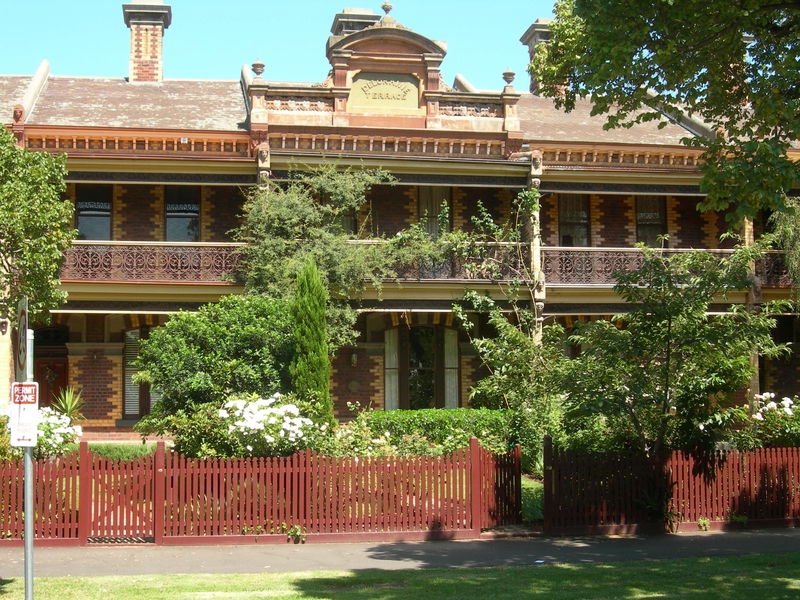 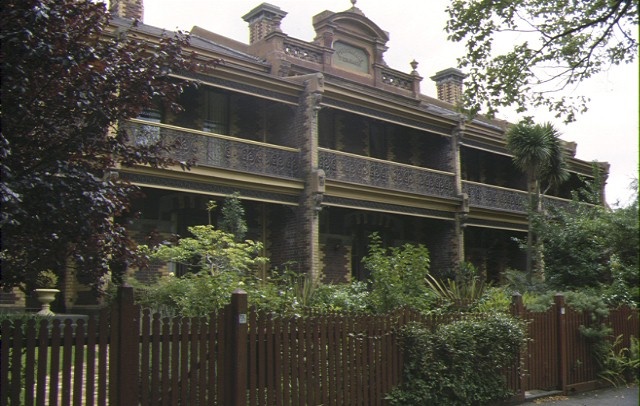 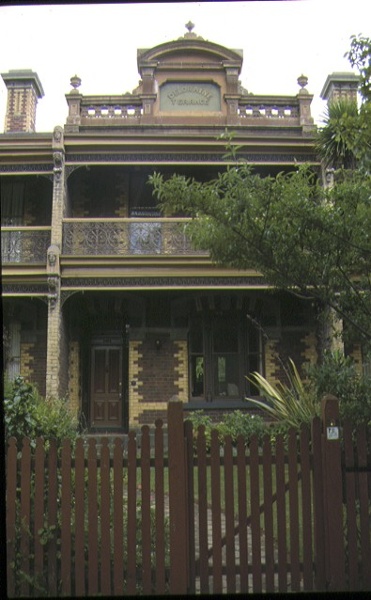 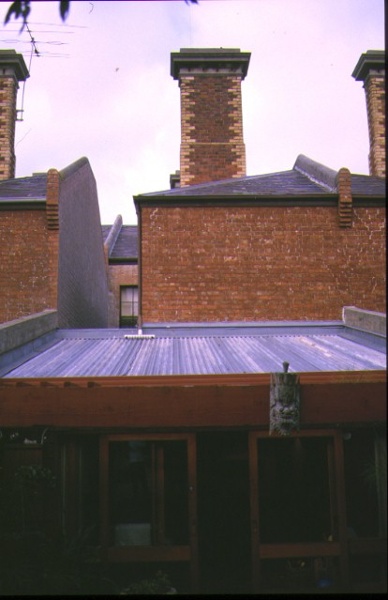 What is significant?
Deloraine Terrace is a row of five terrace houses at 499-507 Royal Parade erected in 1886-87 for Samuel Shorey. The terrace stands in contrast to other sites along Royal Parade which by the end of the nineteenth century had been mainly developed with grand, free-standing residences. The two storey terrace has polychromatic walls constructed with brown Hawthorn brick with contrasting cream and red bricks surrounding the window and door openings in an elaborate pattern. The roof is covered with slate tiles and is crowned by prominent polychrome chimneys. The terrace, with two storey verandah, has a horizontal emphasis whose proportions and massing suggests an impression of a single, grand gentleman's house. The middle house is wider than its neighbours and projects forward slightly towards the street. This was the residence of Samuel Shorey. A large parapet with segmental pediment, cement urns and name plate in original colours sits over the middle house. Whilst slightly larger, this house was built in the same manner as the rest of the terrace with eight rooms, a bathroom and balcony. The party walls, with pressed cement decoration, project towards the street to form the dividing walls to the verandah. The terrace was restored in 1977.

How is it significant?
Deloraine Terrace is of architectural significance to the State of Victoria.

Why is it significant?
Deloraine terrace is architecturally significant as an exceptionally fine example of late Victorian polychromatic terrace architecture. The composition of a projecting centre house with elaborate balustrade and parapet flanked by more ordinary pairs of houses is significant for suggesting a grander single residence with a centrally placed entrance. The elaborately decorative scheme of polychromatic brick, rendered parapet and cast iron to the verandah forms a striking architectural composition which sought to rival large and grand single residences along Royal Parade towards the end of the nineteenth century.