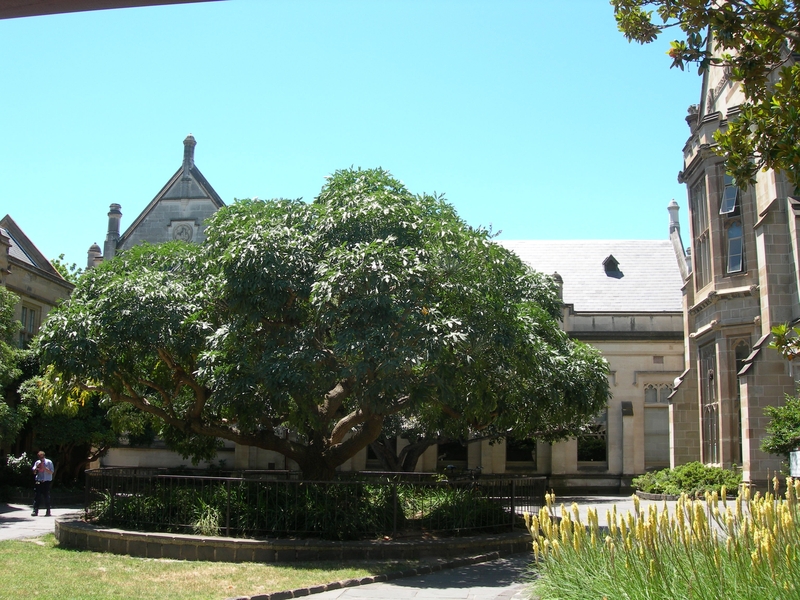 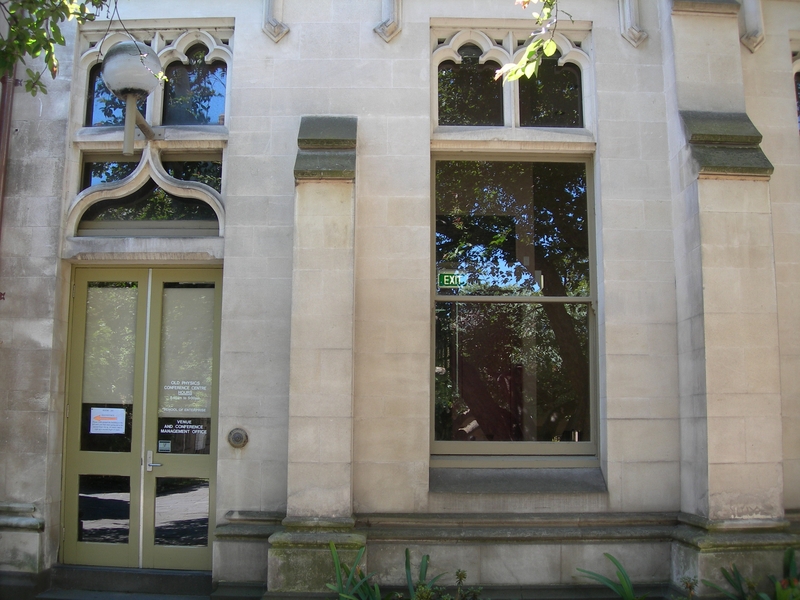 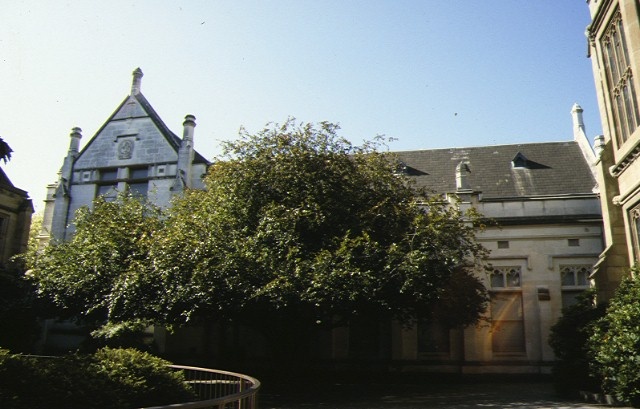 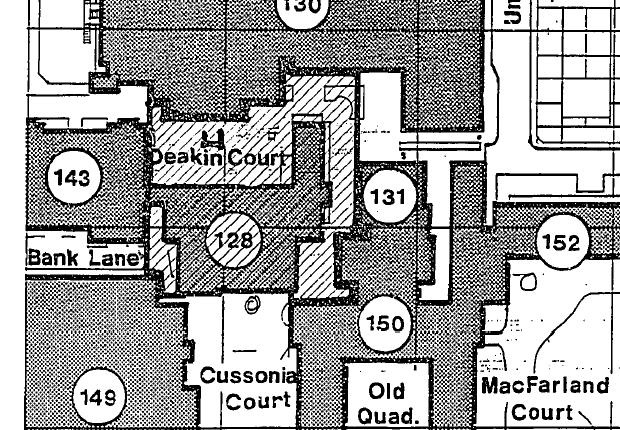 The Old Physics Conference Room and Gallery, originally the School of Natural Philosophy, is a two storey building complex formed in two wings. It was constructed in several stages, beginning with designs by architects Reed, Henderson and Smart in 1888-9. Accommodation included a lecture theatre, laboratory, workshop and an apparatus room. The stone walls are buttressed, have square headed windows and turretted gable ends. The steeply pitched roof is covered with slates. The same architects prepared designs for an addition in 1891. Other stages of development took place in 1919 and 1923 to designs by the Public Works Department. There were also alterations in 1933 to the original block.

Most of the 1891 additions were demolished in 1973 when the Department of Physics, as it was by then known, moved to a new building. Decorative remnants from the interior were placed in Deakin Court. The interiors were altered to form the University Gallery and conference centre.

The Old Physics Conference Room and Gallery is of historical and architectural significance to the State of Victoria.

The Old Physics Conference Room and Gallery is architecturally significant as one of the buildings designed by Reed, Henderson and Smart to accommodate the new phase of science schools in the late nineteenth century. Being in the collegiate Gothic style, it relates to the original and adjacent university buildings by Francis White.

The Old Physics Conference Room and Gallery is historically significant as a building demonstrating the increasing importance of scientific teaching and research in the late nineteenth century, arising out of the colony's educational reforms introduced in the 1880s. In particular, it reflects the growth of the new discipline of physics that had its origins in the teachings of natural philosophy.

The Old Physics Conference Room and Gallery is historically significant for its association with Professor TH Laby and his work with the Commonwealth x-ray and radium laboratory first established at the university in 1928.