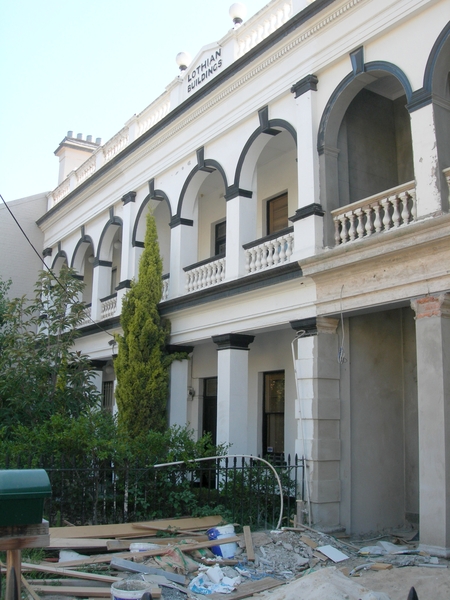 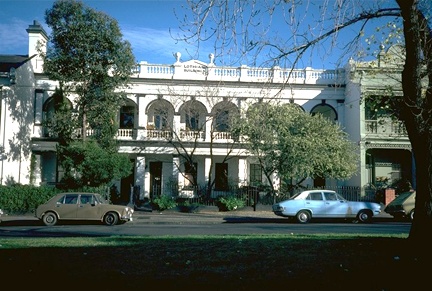 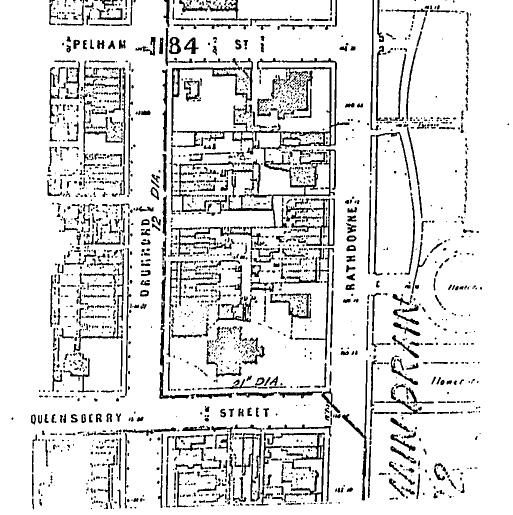 What is significant?
Lothian Buildings is a terrace row of three houses at 175-179 Drummond Street erected in two stages. The first stage, consisting of two houses, was constructed in 1864 by John Pigdon who occupied the premises until 1866. The third house was added in 1868 by John McIlwraith, probably to designs by the architect Leonard Terry . The two storey terrace is constructed of bluestone and rendered brick. The two storey masonry verandah is composed as a trabeated ground floor with Tuscan Doric piers, and an arcuated upper storey loggia with superimposed Ionic pilasters. The upper storey is balustraded. The doors and fenestration are framed by the verandah openings. At the roofline a balustraded parapet with central pediment and name plate completes the facade. The pier ends of the partition walls are rusticated. The cornice is finely dentillated.

How is it significant?
Lothian Buildings is of architectural significance to the State of Victoria.

Why is it significant?
Lothian Buildings is architecturally significant as an early and unusual form of the terrace row in Melbourne. The Renaissance Revival styling and two storey combination of trabeation and arcuation is unusual for a terrace of the 1860s, as is the masonry verandah at a time when the composite construction of cast iron and timber was more normal.
Show more
Show less
All information on this page is maintained by Heritage Victoria. Click below for their website and contact details.