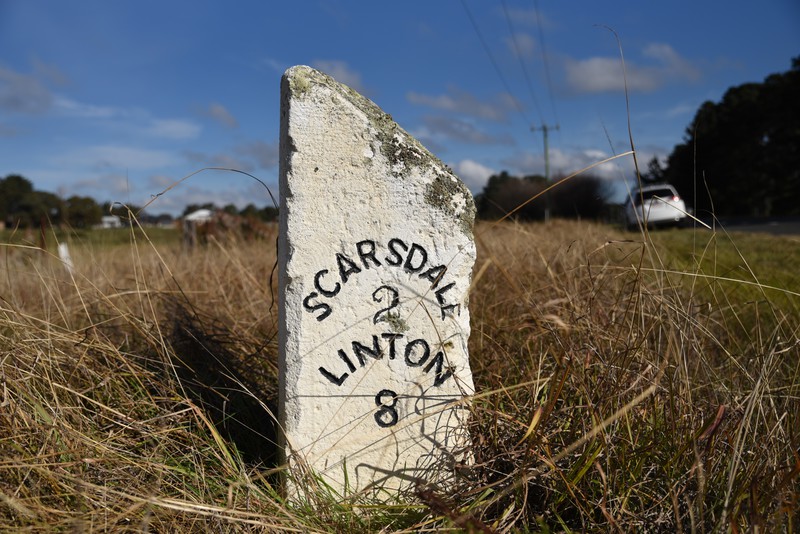 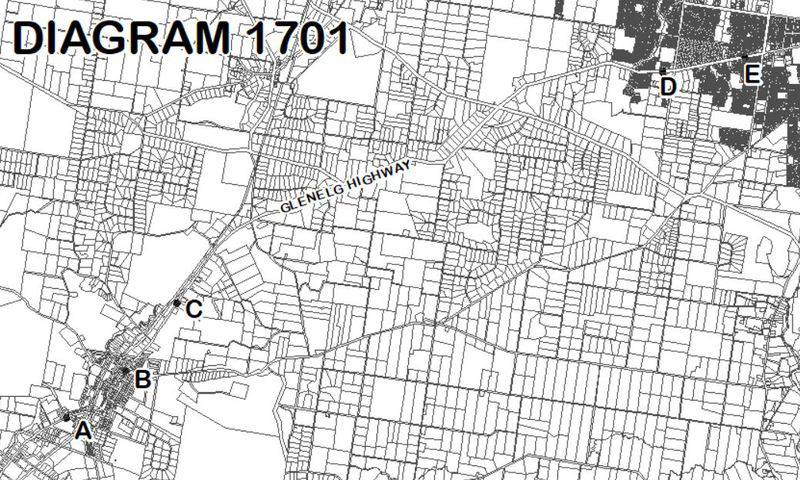 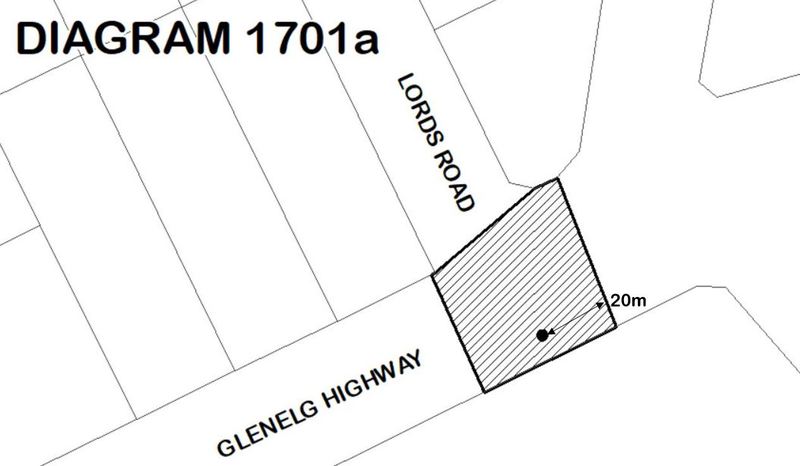 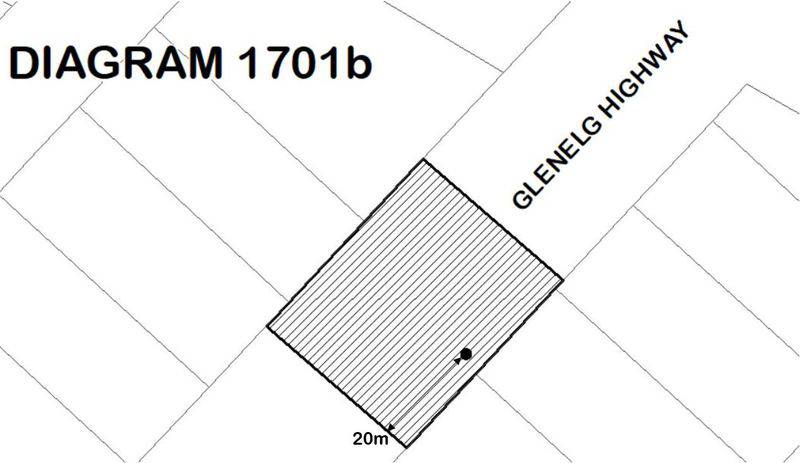 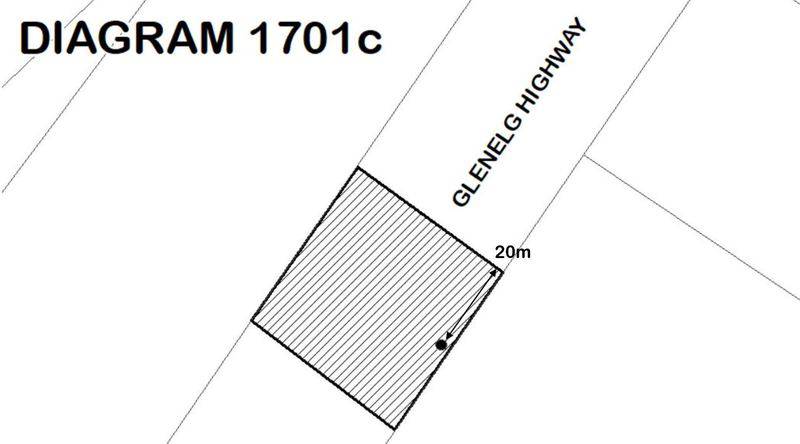 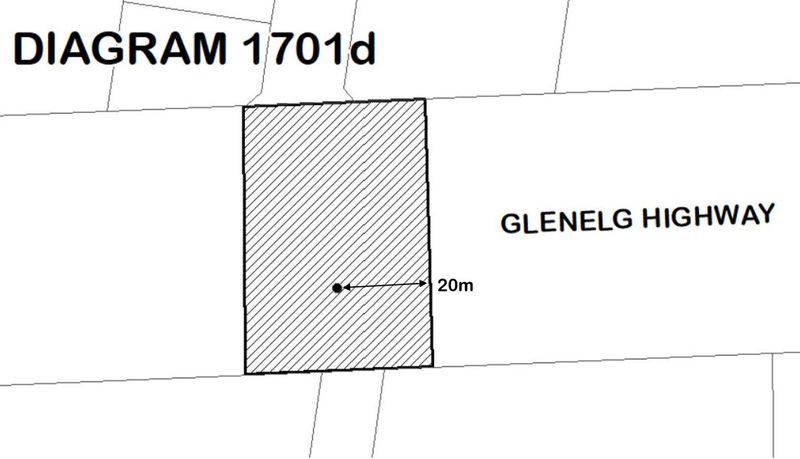 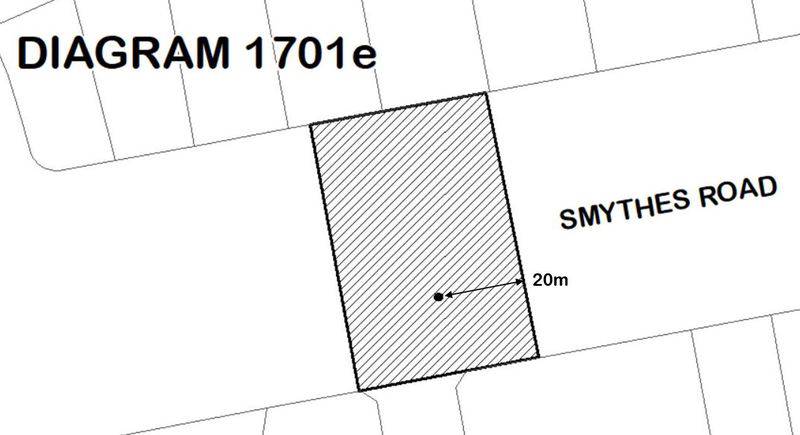 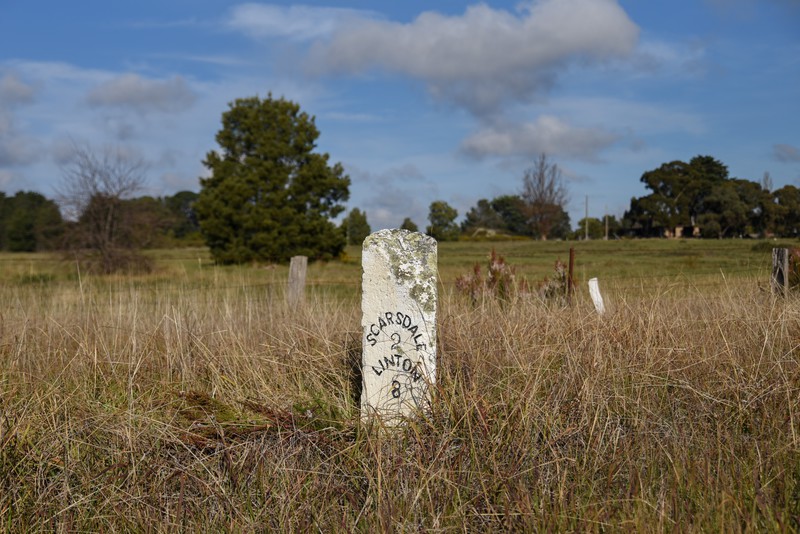 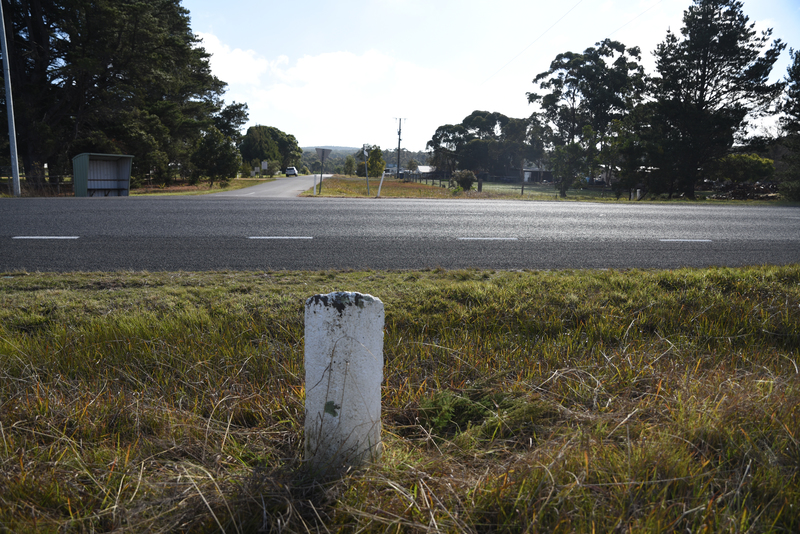 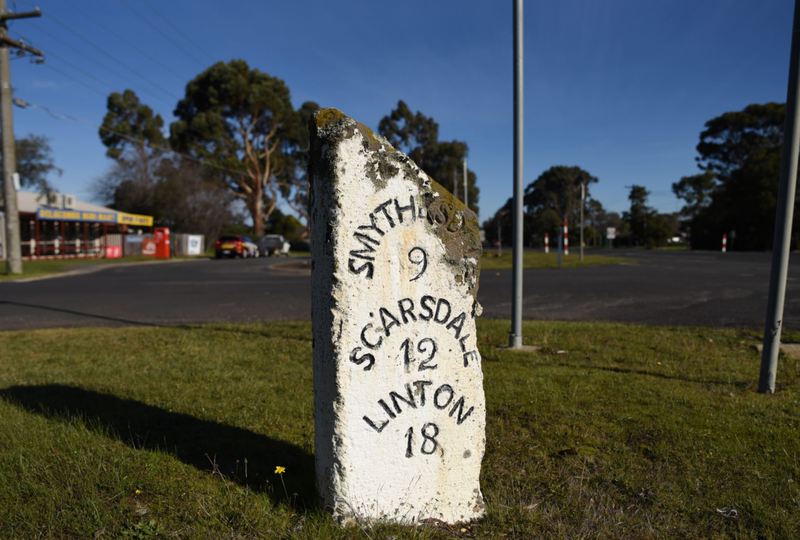 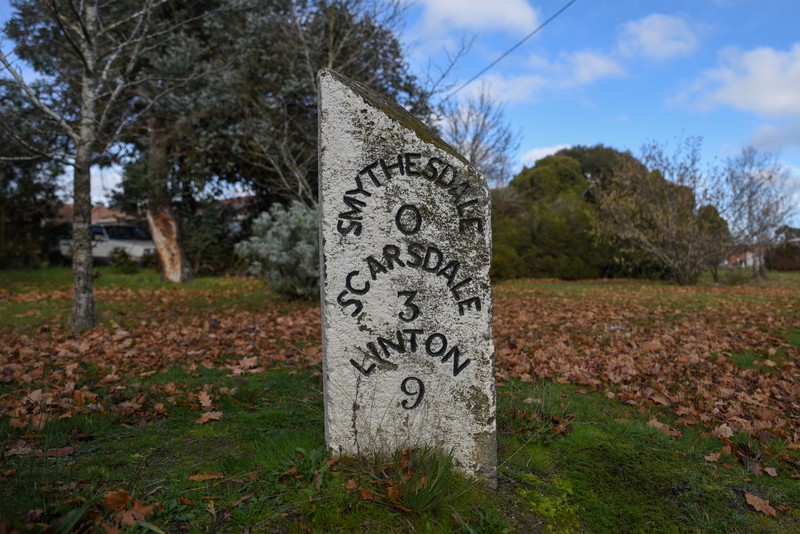 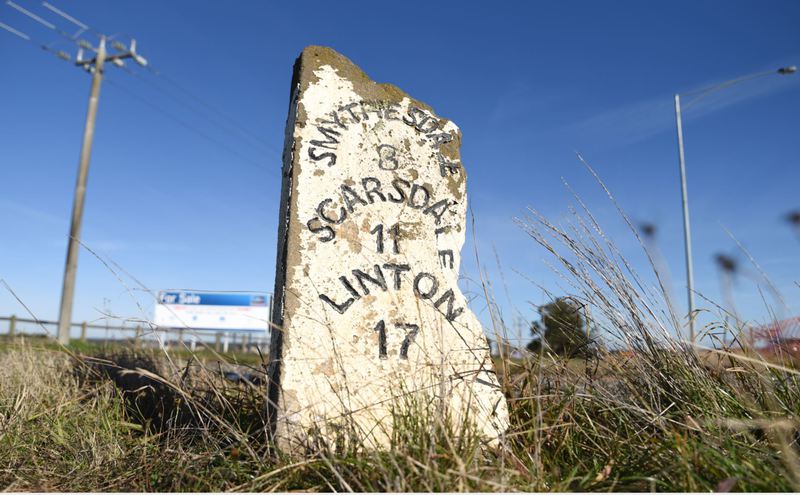 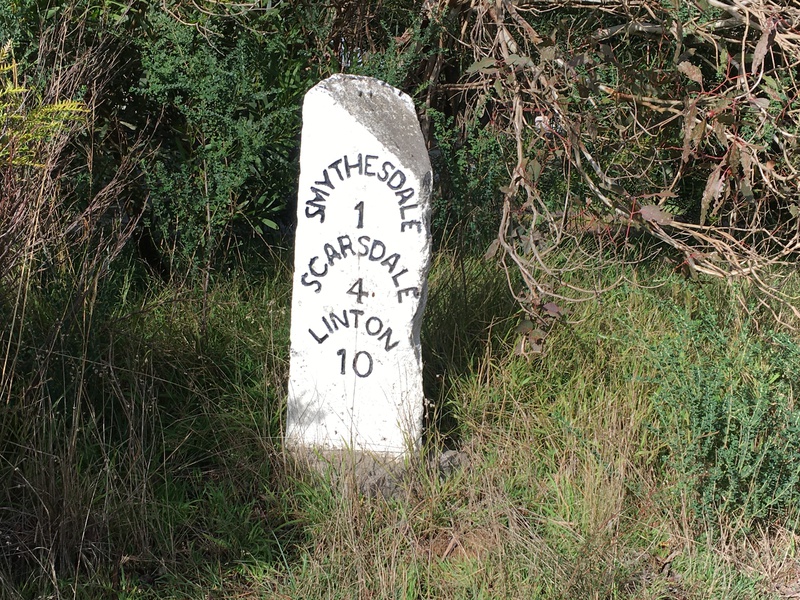 The five nineteenth-century basalt mileposts located along the Glenelg Highway between Smythesdale and Delacombe.

The Stone Mileposts – Glenelg Highway are historically significant for their association with the development and use of the road transport network in Victoria in the mid-nineteenth century. Road construction accelerated in Victoria following the gold rushes of the 1850s and the mileposts, likely erected in the 1860s, represent a rationalisation of the road system in a rapidly developing area of the colony. They are significant for their ability to demonstrate a popular coach route and requirements of travel by road in the era. As a collection of mileposts, they allow the use of the road network in mid-nineteenth century Victoria to be better understood than most other places or objects with the same association. They are a highly visible and intact reminder of the experience of travel by road in rural Victoria in the mid-nineteenth century. (Criterion A) The Stone Mileposts – Glenelg Highway are historically significant for their association with the preparations in Victoria for a potential land invasion during World War II. After the fall of Pearl Harbour in 1942, most of the mileposts were buried a few metres behind their original location to limit navigation and wayfinding information available to a potential invading force. Most of the mileposts were subsequently re-erected following the war. (Criterion A) The Stone Mileposts – Glenelg Highway are significant as a rare surviving example of a group of 1860s mileposts that follow a popular nineteenth-century transport route. Stone mileposts were once common throughout western Victoria but were gradually replaced by cast iron and cast concrete alternatives, or otherwise lost or damaged. Although there are other individual examples of stone mileposts, there are few examples of roads that retain multiple mileposts (Criterion B). The Stone Mileposts – Glenelg Highway are a notable example of roadside mileposts. Demonstrating construction techniques and materials of the 1860s, they encapsulate a key evolutionary phase in the development of the class. They are fine, being substantial and highly visible. Their placement allows the role of the class of mileposts to be easily understood. They demonstrate the skill of the stonemason’s craft in their sturdy construction and lettering (Criterion D).
Show more
Show less
All information on this page is maintained by Heritage Victoria. Click below for their website and contact details.