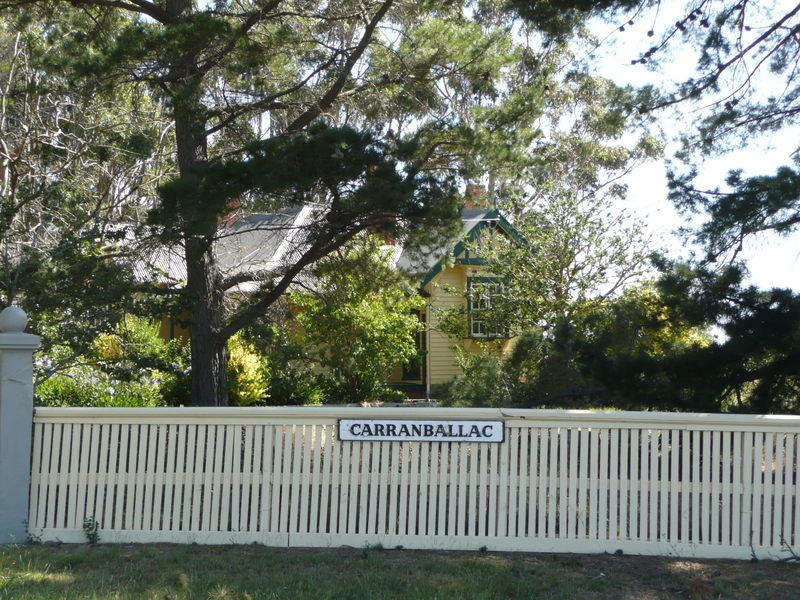 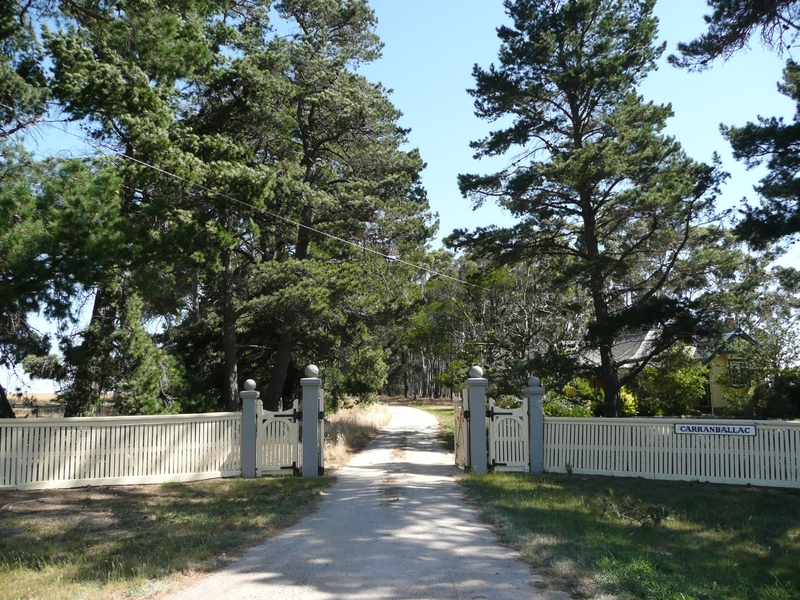 What is significant?
The large station property Carranballac, Skipton, was settled by the pastoralist Andrew Chirnside, who arrived in Australia from Scotland in 1841. With his brother Thomas, Andrew prospered and together they established themselves as one of the leading pastoral families of the colony of Victoria. By 1870 they owned about 250,000 acres of freehold land in the State. Carranballac was their home station in Victoria's Western District, run as a highly successful sheep station, and also home to a successful horse stud, begun as early as 1865. Five generations of the Chirnside family lived there until 1987.

The Chirnside brothers acquired a chain of runs in the Western District of Victoria, including Carranballac, where they purchased the right of run of 26,540 acres in 1854. Andrew and Mary Chirnside settled at Carranballac while Thomas and his family settled at Werribee Park, Wyndham (VHR H1613). In 1882 about 50,000 acres at Carranballac were transferred to Andrew's son Robert, and he and his wife resided there from 1885 until Robert's death in 1900. His son Gordon then managed the property from 1908, purchasing 15,448 acres of land in 1909 and selling the remainder. He lived at Carranballac until 1953 when he sold portions to his sons, with Robert taking over the homestead portion.

A large, simple L-shaped bluestone homestead with slate roof was constructed in the mid-1860s, replacing accommodation provided in an earlier timber building and stone cottages. Dating from the 1840s and 1850s, these earlier buildings were retained and used as service facilities. Alterations and additions were made to the 1860s homestead, including decorative cast iron work added to the verandah in the 1880s. Redecoration undertaken in the early 1900s included the installation of an extensive Art Nouveau style fireplace mantel and surround.

Many ancillary buildings which were constructed at Carranballac during the Chirnside family occupancy remain on the site. Generally built of bluestone and roofed in slate or iron over blackwood shingles, these include an octagonal dairy, powder magazine, men's hut, stables and wool shed. The stables, probably dating from the late 1850s, were altered in 1910 to accommodate a large garage and workshop for vehicles. The whole building was rendered and a timber clock tower erected above. The 22-stand woolshed, probably built from c1852 with subsequent extensions, was mechanised in the 1880s with the early installation of the newly developed Wolseley shearing machines.

An hydro-electric scheme was constructed by Gordon Chirnside who rapidly mechanised the property after acquiring it in 1909. In 1919, at great cost, he had a weir constructed across Mt Emu Creek and an associated power house built to supply hydro-electric power to the woolshed and homestead.

How is it significant?
Carranballac, Skipton is of historical, architectural and scientific (technical) significance to the State of Victoria.

Why is it significant?
Carranballac, Skipton is of historical significance for its association with the leading Victorian pastoral family, the Chirnsides, who founded the most extensive pastoral empire in the colony of Victoria. Developed by the family from the 1850s, and owned by five generations for over 130 years, it epitomises the pastoral era in Victoria.

Carranballac, Skipton is of architectural significance as an unpretentious but extensive group of station buildings, illustrative of the activities undertaken at the property. These include the homestead, woolshed and shearers' hut, stables, dairy, powder magazine and men's hut.

Carranballac, Skipton is of scientific (technical) significance for its highly sophisticated hydro-electric scheme, constructed in 1919 to increase the self sufficiency of the property. It is also of significance for its early mechanization of the woolshed in the 1880s, reportedly with one of the first installations of Wolseley shearing machines. These were developed by Frederick Wolseley from the early 1870s and were first used for a complete shearing in N.S.W. in 1888.