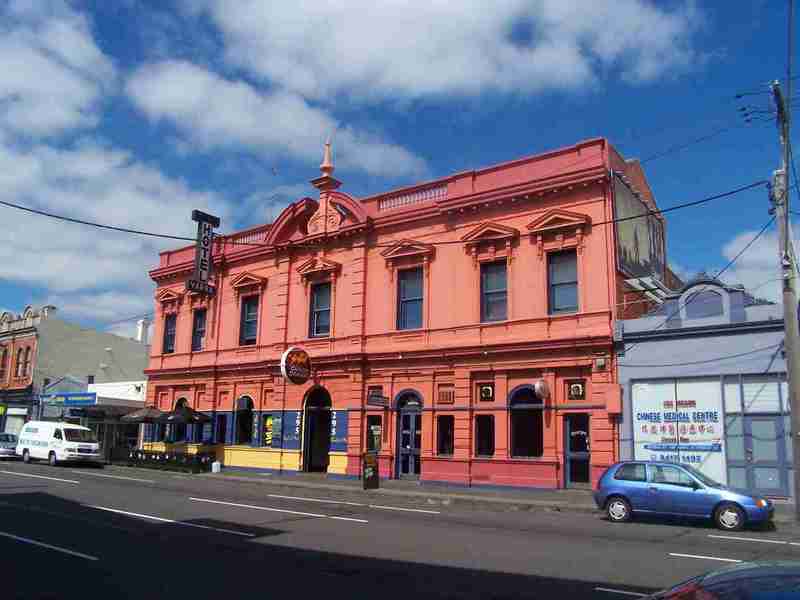 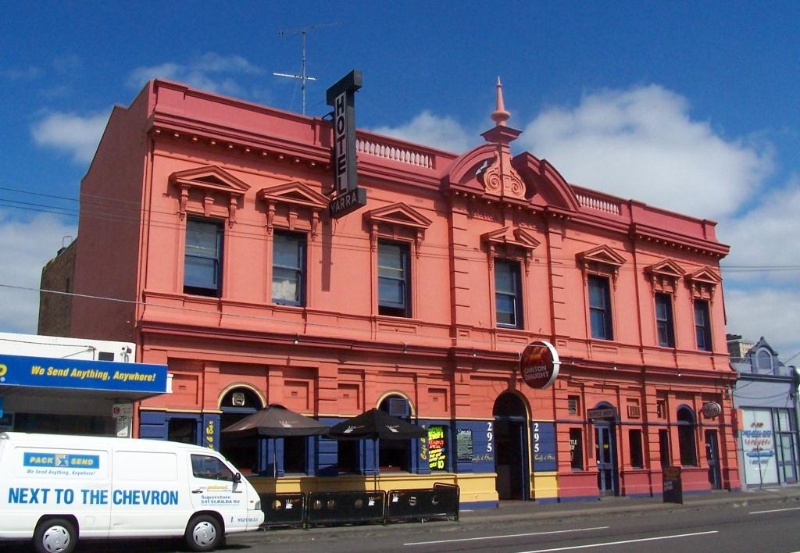 The first hotel at 295 Johnston Street, Abbotsford, was built prior to 1864. It was of brick construction, owned and operated by Joseph Schultz (later spelt Scholz). In 1869-79 the building was described as having six rooms and in 1877 and in 1881 it was listed as The Yarra Hotel. Scholz continued as owner in 1892. By 1900 the Bank of New South Wales owned the property, and Frederick Stevenson was the licensed victualler.

The Yarra Hotel is a large two-storey rendered brick Italianate mannerist style building, with an ornate five-bay facade to Johnston Street. A moulded rendered string course divides the two storeys, and the central and outer bays project slightly. The ground floor is articulated by a series of plain and rusticated pilasters, resting on a pedestal course. Two sets of Serlian motif windows flank the central arched entrance door, which is emphasised by rusticated voussoirs. First floor windows are double-hung sashes, with consoled pedimented surrounds. Two rusticated pilasters support a large segmental arched pediment over the centre bay, open at the top and crowned with an unusual mannerist scrolled finial. The first floor cornice is modillioned at the centre and outer bays.

The render work has been painted, and various signs have been affixed to the facade.

The Yarra Hotel is of local architectural significance. The hotel is a good example of the Victorian mannerist style, retaining intact its ornate rendered decoration. The building is enhanced by its scale and distinctive pediment. The hotel is an important heritage element in the