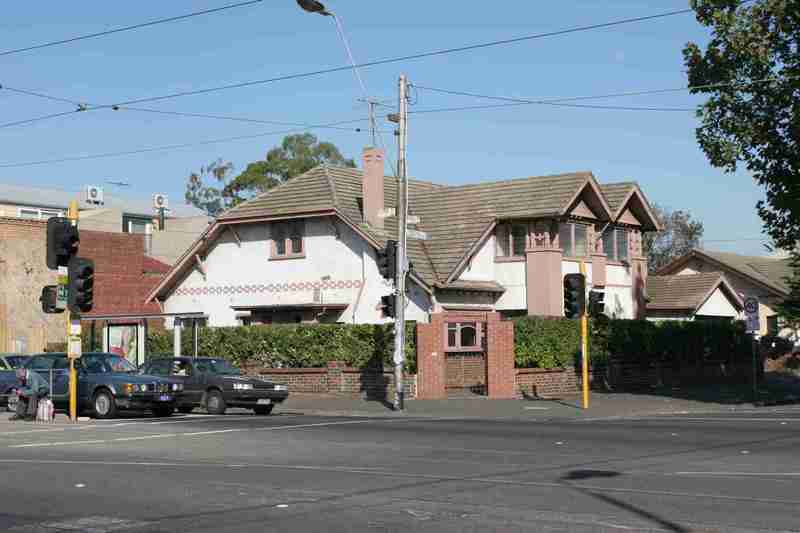 The Dr Chambers house and surgery at 609-615 Lygon Street, Princes Hill, was created in 1926 for Dr. Roy William Chambers and has other historical associations with persons such as Dr. James Scott Paton and Dr. A Murray. The place has a high integrity to its creation date.

Fabric from the creation date at the Dr Chambers house and surgery is locally significant within the City of Yarra, compared to other similar places from a similar era.

The Dr Chambers house and surgery at 609-615 Lygon Street, Princes Hill, is historically and architecturally significant to the locality of Princes Hill and the City of Yarra.

The Dr Chambers house and surgery is significant as a large well-preserved and distinctive attic-style English Domestic Revival style brick, tiled and stuccoed house and surgery set on a major corner site, and built for a local doctor by the renowned building firm, Dunlop Home Builders Ltd. It has unusual twin gabled upper level sleep-out porches (now enclosed), original fence, as well as strutted eaves and patterned brickwork. The building has associations to past local community members for its long term role in private medical care in the locality.