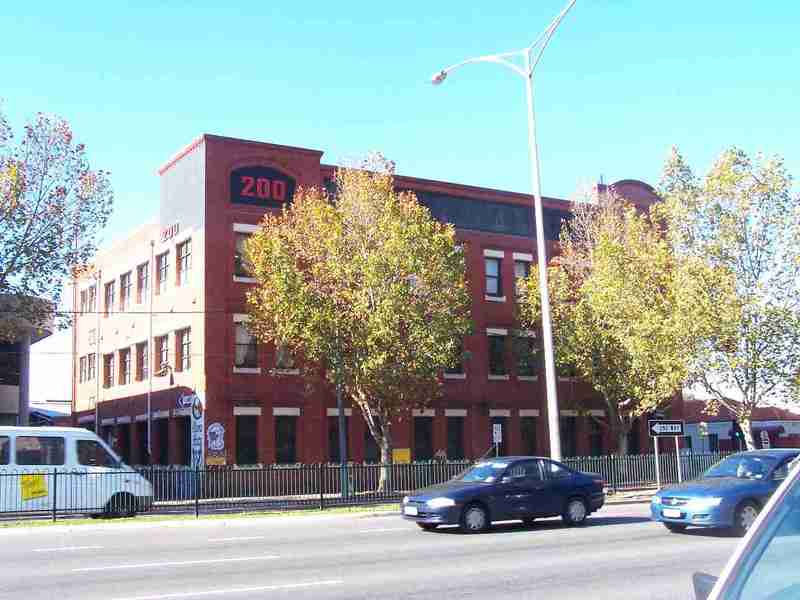 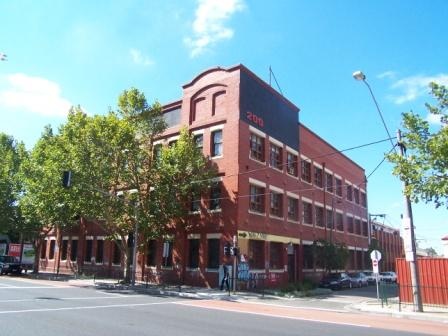 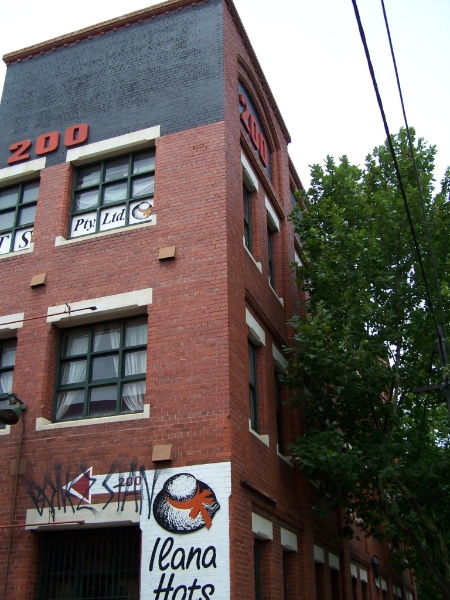 In 1901 Whybrow & Co. owned a brick shop at No 202 and four brick houses at Nos 204-210 and a factory, now demolished, on the site of the present factory. As early as 1894 Whybrows were leaders in their field, being amongst the first companies to introduce lasting machines. The present building was constructed in 1919. Whybrows owned the entire Hoddle Street frontage from Studley to Stafford Streets. The brick warehouse at Nos. 218-220 was leased by Donald Dixon, a leather manufacturer and Nos 222-228 was used as offices and stores. By 1951, Whybrows no longer occupied the site.

The west elevation, to Hoddle Street, is divided into six bays by shallow brick pilasters which flank paired timber-framed double-hung sash windows with rendered sills and lintels. The two end bays of the project forward slightly, and terminate in raised parapets with segmental curved pediments. The northern parapet has a large rendered panel bearing the street number 200 in relief; its southern counterpart has two blind window openings. These two raised sections flank a recessed, rendered panel which may have once borne the company's name.

The side elevations are similarly treated, but have larger nine-paned windows.

The former Whybrow's Shoe Factory is of local architectural and historical significance. The building is enhanced by its large scale and repetitive fenestration, and is an important heritage element in the streetscape. Historically, the building is the last major remnant of one of Melbourne's largest and most progressive boot manufacturing companies.