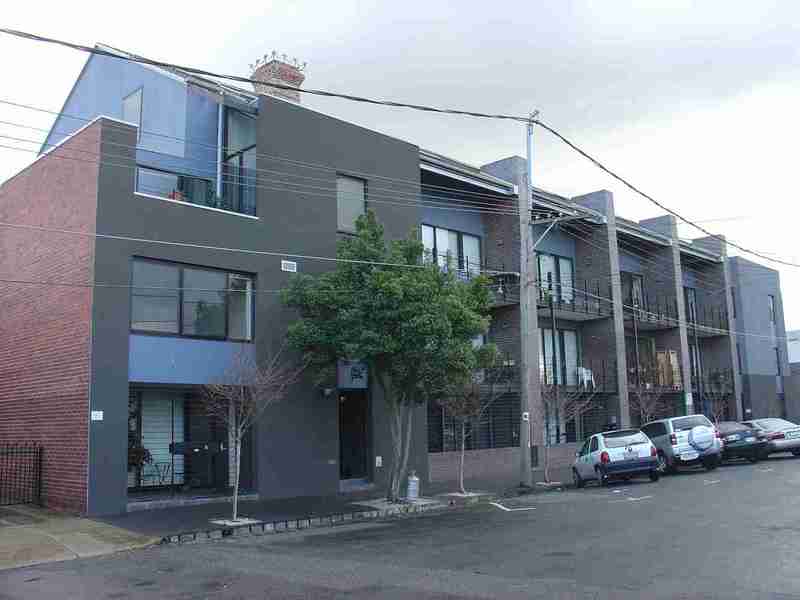 Brewer Bros, were established in 1880 as contractors and builders. Following the death of one brother in 1889, the remaining partner, Window J Brewer, dropped the contracting side of the business and concentrated on manufacturing and importing. By 1912 the business was producing portable iron houses, packing cases, doors, sashes, window frames, mouldings and using imported Oregon, deal, walnut and cedar as well as a variety of New Zealand and Tasmanian timbers. The firm also conducted a large trade in boiler's ironmongery and hardware.

In 1901 William Brewer owned a saw mill and timber yard which occupied much of the area between Spensley and Ramsden Streets, on the west side. Brewer also owned a brick house at No. 25 Grant Street, which was on the northern border of the mill, and, like the mill, backed onto John Street. By 1907 Brewer had purchased the adjacent 27 Grant Street, a wooden house that was possibly demolished in 1908. In 1909 Brewer purchased 29-35 Grant Street from Joseph Bulling. Brewer already owned 1-4 John Street, which comprised four brick houses backing on the timber yard. By 1910 Brewer owned the block from Grant Street through to John Street and between 3 Grant Street and the right-of-way south of Spensley Street.

Premises existed also in Elizabeth Street, Melbourne, and Window J Brewer's organisation was described as 'extensive' in the 1904 Cyclopaedia of Victoria. The factory underwent further expansion in the 1920s and 30s. By 1992, the factory was occupied by the J J Mills Printing Co. The site is presently being redeveloped, and most of the original buildings have been demolished.

All that remains of the former Saw Mill and Box Factory is a red brick chimney stack, a large gabled structure with a steel trussed roof clad in corrugated iron, partly demolished, and a two storey brick building facing Grant Street, also largely demolished. The red brick chimney, square in plan, tapers as it rises and has a corbelled cap, embellished with scalloped wrought iron decoration.

The former Clifton Hill Saw Mill and Box Factory chimney stack is of local historical and architectural significance. The Factory, of which the chimney stack is the only remaining intact element, was a substantial industry in the area in the early 20th century. The chimney is the only known remnant of a 19th century sawmill complex in the inner metropolitan area.

Architecturally, the distinctive brick chimney is a local landmark and a rare survivor of a once common feature on the sky line.