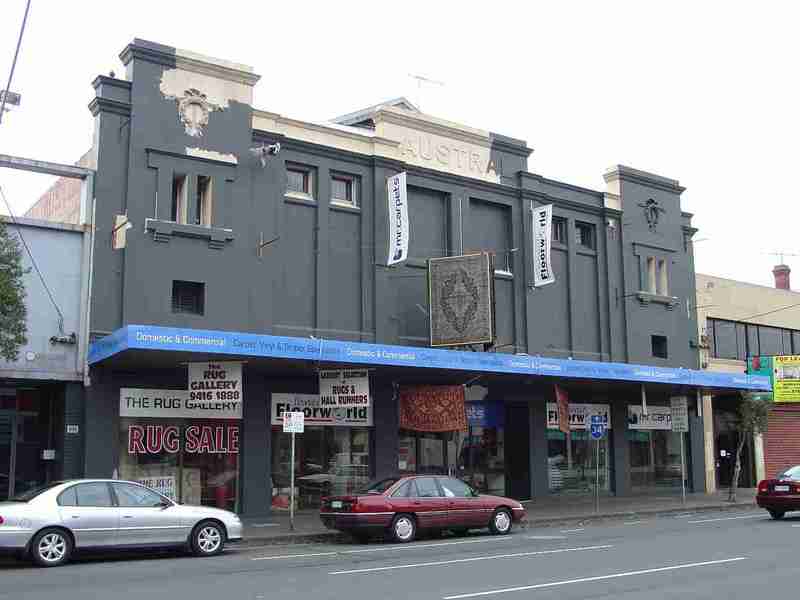 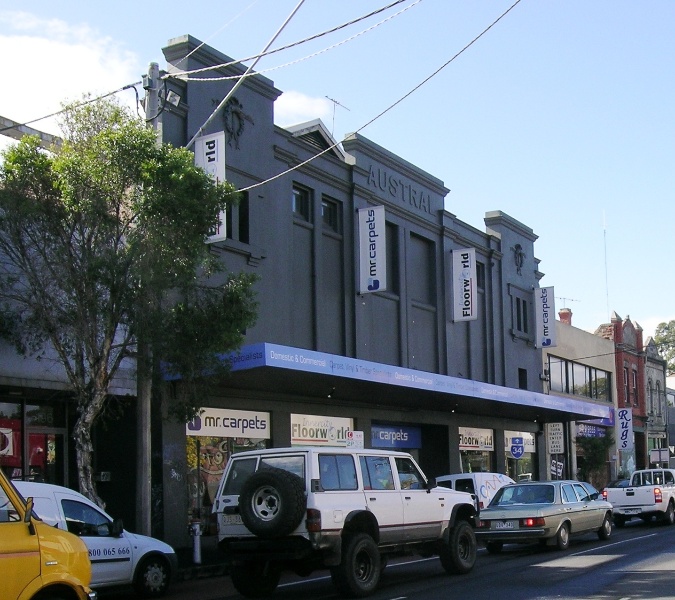 What is significant?
The Austral Theatre, later Austral Picture Theatre at 200-202 Johnston Street, Collingwood was created in 1921 for Winifred Kenny and has other historical associations with persons such as Robert McLeish, C. Hore and John and Maria Lyris. The place has a fair integrity to its creation date (ground level changed; part interior existing).

Fabric from the creation date at the Austral Theatre, later Austral Picture Theatre is locally significant within the City of Yarra, compared to other similar places from a similar era.

How is it significant?
The Austral Theatre, later Austral Picture Theatre at 200-202 Johnston Street, Collingwood is historically and architecturally significant to the locality of Collingwood and the City of Yarra.

Why is it significant?
The Austral Theatre, later Austral Picture Theatre is significant as a Greek revival style, rendered theatre facade with a stepped parapet, Victory wreaths on flanking pylon forms. The first owner, McLeish, was linked with the Rivoli and other significant cinemas. It has local social and historic significance as a former long-term public building.