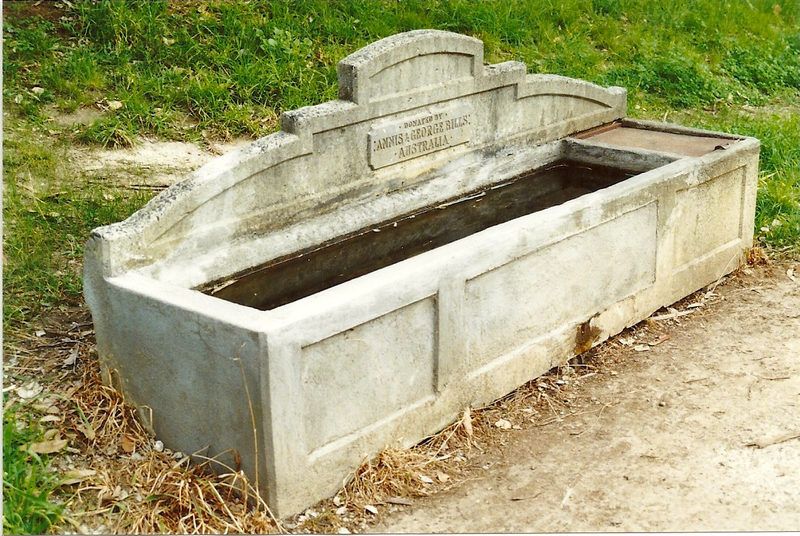 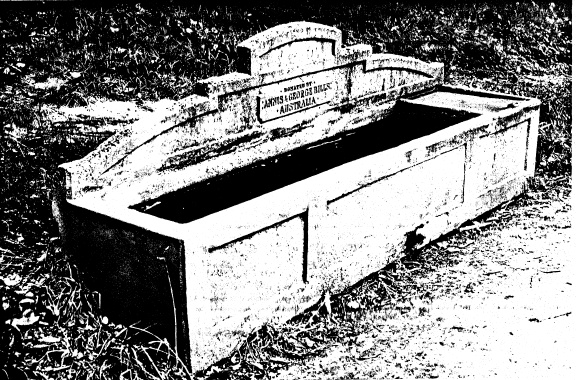 The early 20th century trough and the surrounding site to a radius of 10 metres.

The trough is historically and aesthetically significant to the Shire of Nillumbik.

BICK STUDY, 1992
The only public horse drinking trough of any age in the Shire, this structure illustrates the traditional highway significance of Main Road, the availability of a local water supply to serve the trough and the reliance on horse powered transport right up until the mid 20th century. Ironically this trough was probably installed some time in the first half of the 20th century, when horses were being progressively replaced by motor vehicles. The Bills bequest erected concrete horse drinking troughs on main roads in many parts of Victoria circa 1930. This trough is a physical reminder of the dependence on the horse for transport during the first century and a half of the Shire's history.