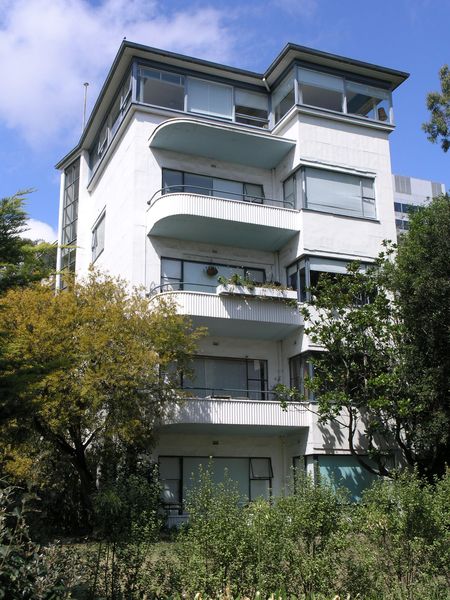 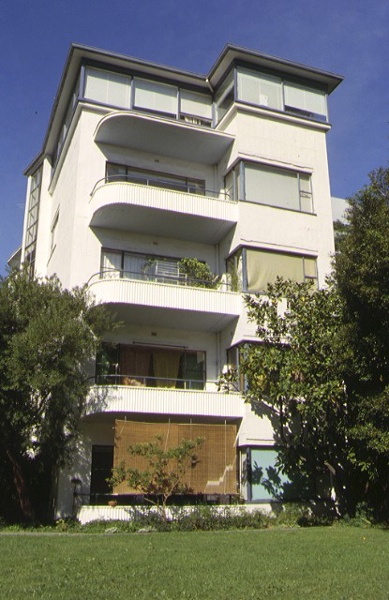 Newburn was designed in 1939 by Frederick Romberg as an investment block of bachelor flats. The design was Romberg's first independent commission. He studied architecture in Germany before moving to Switzerland. In Zurich he continued his studies under Walter Gropius and Erich Mendelsohn who were also refugees and under Otto Salvisberg. In 1939 he arrived in Australia on a scholarship. Richard Hocking and Mary Turner Shaw were his first partners. In 1953 he joined Roy Grounds and Robin Boyd.

The original design was amended to reduce costs and meet the client's new requirements. The building was innovative stylistically and contrasted dramatically with the other flat development around it. As well, the communal servicing arrangements, the details for plumbing and venting and the arrangement for independent sun control all indicate the skilful implementation of the principles of modern architecture. Newburn is believed to be the first building to use off form concrete for its complete exterior.

The building has been altered by the addition of a penthouse. This replaced a pergola. Most flats have been altered internally in their finishes and fittings. The building was strata subdivided in the 1970's. The building remains relatively intact on the exterior and is in good condition structurally.