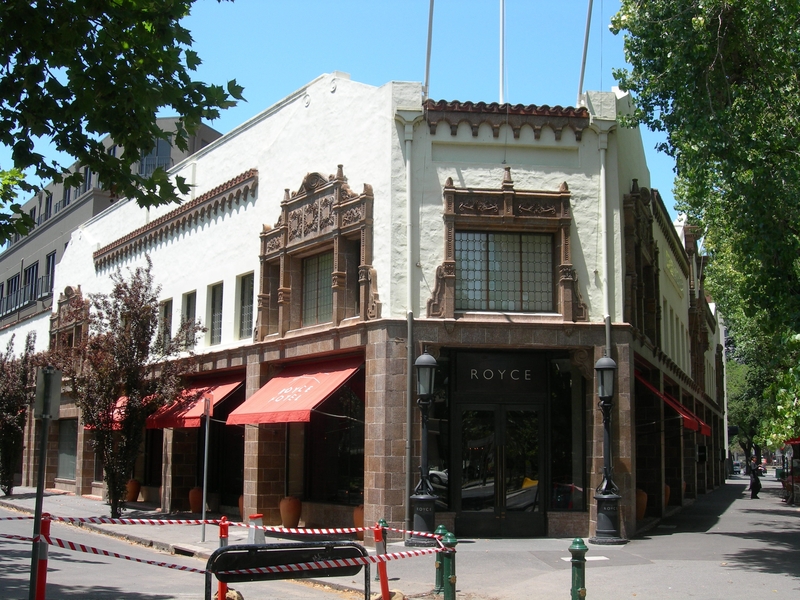 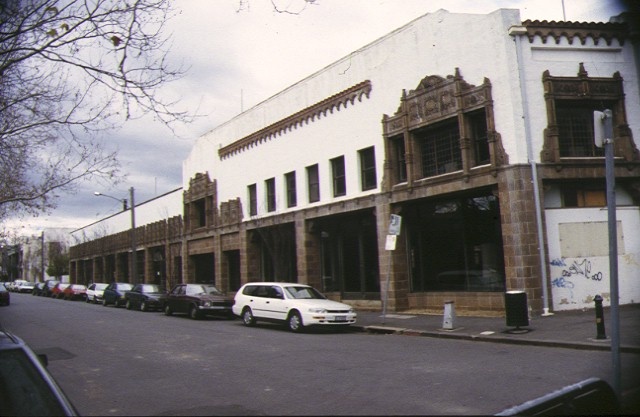 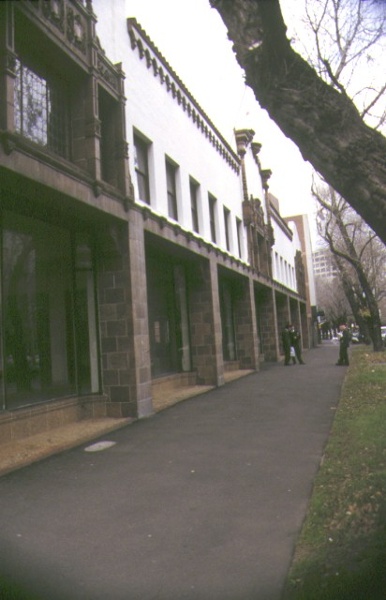 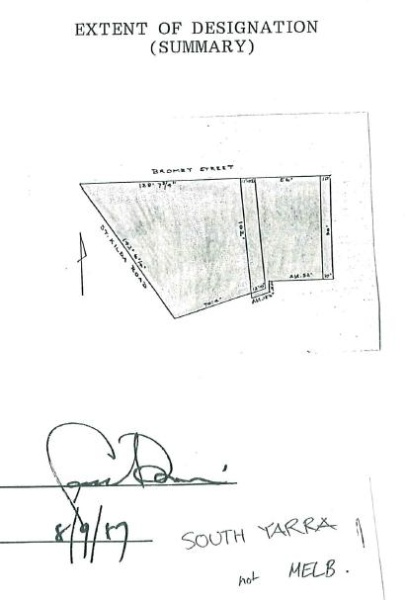 The Former Kellow Falkiner Showrooms were built for Charles Kellow, a pioneering Australian motorist and car salesman, in 1928. The architect for the glamorous two storey building was Harry A Norris. Constructed of structural steel, brick and concrete, the showrooms are finished with terra cotta piers, frieze, lintels, window trim and machicolations. They feature large glass display windows. The showrooms were used by Kellow Falkiner until WW2, when they were altered internally to accommodate the air force as part of the Defence Forces grouping along St Kilda Road. In 1952 the building was occupied by the State Electricity Commission and in the 1970s by the Department of Civil Aviation.

The Former Kellow Falkiner Showrooms are of historical and architectural significance to the State of Victoria.

The Former Kellow Falkiner Showrooms are of historical significance for their association with the development of motoring and the motor trade in Victoria. Charles Kellow, the principal figure in the Kellow Falkiner business, was one of the first motorists in Australia and through his firm, the Kellow motor company, one of the first car distributors and dealers. Kellow established his motor retail business in 1907, and by the time this building was constructed, Kellow Falkiner was the leading agent for prestige British and American cars in Australia. The opulent and well-located showrooms reflect the company?s market position and the elite nature of car ownership at the time.

The Former Kellow Falkiner Showrooms are of architectural significance as an excellent example of early, purpose-built car showrooms, as the work of Harry Norris, and for the innovative use of decorative materials in their construction.

At the time of the showrooms' construction, cars were still largely luxury items. This is reflected in the choice of the Spanish Mission style, which was the usual choice for new car showrooms and service stations in the late 1920s. It was intended to evoke some of the glamour and style of Hollywood and film stars with fast cars. The celebrated status of the Kellow Falkiner Showrooms and of their designer gave impetus to the evolution and acceptance of the Spanish Mission style in Melbourne.

The Showrooms' architect, Harry Norris, was one of the leading commercial architects in Melbourne between the wars. His practice was founded in the early twenties and spread interstate through his clients' commercial activity. He was responsible for many notable buildings, and gems of the Moderne style, including Mitchell House, the Nicholas Building and Majorca House in central Melbourne.

Norris used innovative materials in the Kellow Falkiner Showrooms. He was a pioneer in the use of Wunderlich architectural terracotta tiles in Melbourne, and this building provides a fine example of them. Wunderlich's Mission Tiles were also employed and Wunderlich was so proud of the use to which their products had been put that the building was featured in a company promotional booklet.