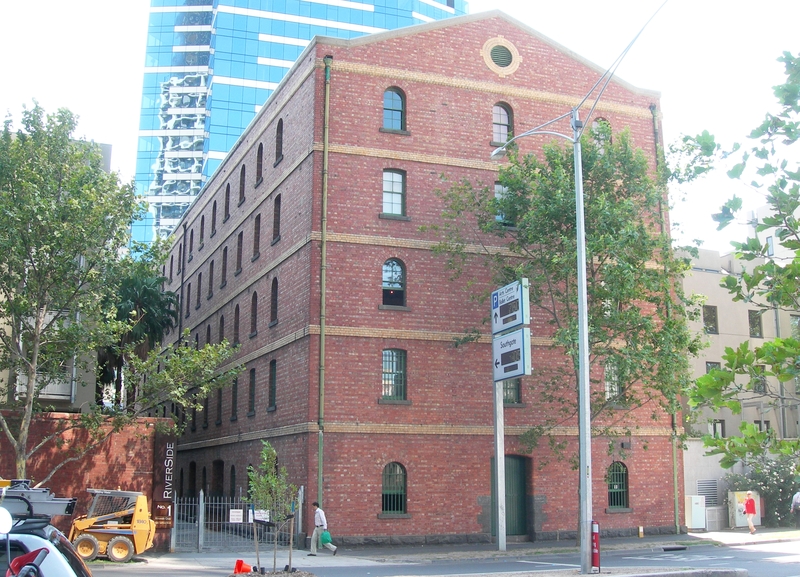 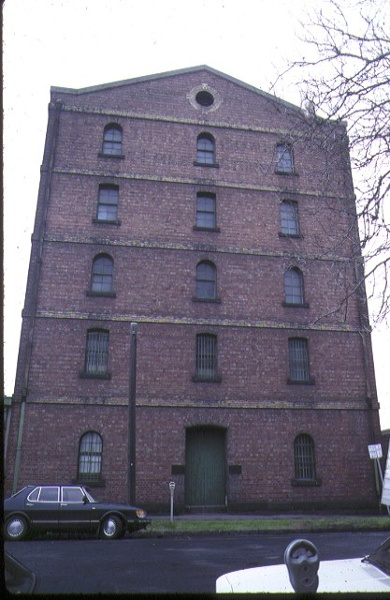 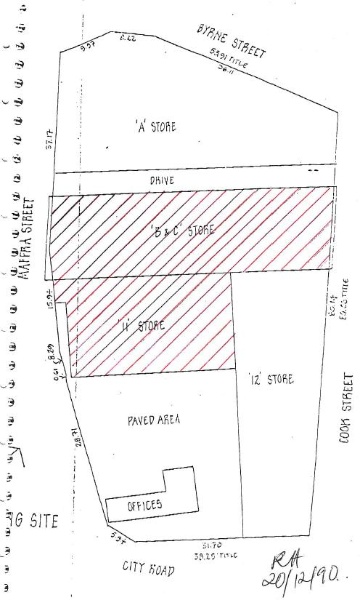 What is significant?
The Jones Bond Store was a large complex of store buildings, the first being constructed on the site around 1865. The extant registered buildings are Stores B and C and building No. 11. These probably date from 1888. The B and C stores were constructed of English-bond face brickwork with cast-iron columns and timber floors and roof trusses. The five storeys are delineated by corbelled brick string courses, and arched and flat arched window heads alternate with each floor. An oculus in each gable is surrounded by cream brick with quoins on the four axes. Building 11 was constructed of brick and bluestone and has a shallow gable roof.

How is it significant?
The Jones Bond Store is of historical and architectural significance to the State of Victoria.

Why is it significant?
The Jones Bond Store is of historical significance as one of the largest extant 19th century store complexes in Victoria and one of the few remaining links with Southbank's early industrial and maritime past. The buildings provide evidence of the character of late-19th century warehousing and are a reminder of the fact that the river bank in their vicinity was once a hive of shipping activity. They show how warehouses and shipping freight facilities were more closely integrated in the fabric of the city in the years before containerisation and heavy freight haulage demanded more specialised and separate freight precincts. The simple but substantial character of the buildings reflects Melbourne's growing importance as a port city in the post-gold rush years.

The Jones Bond Store is of architectural significance because it documents a development in building design, namely the multi-storey warehouse, a development which was influenced by the introduction of hydraulic lift technology in the mid 1880s.