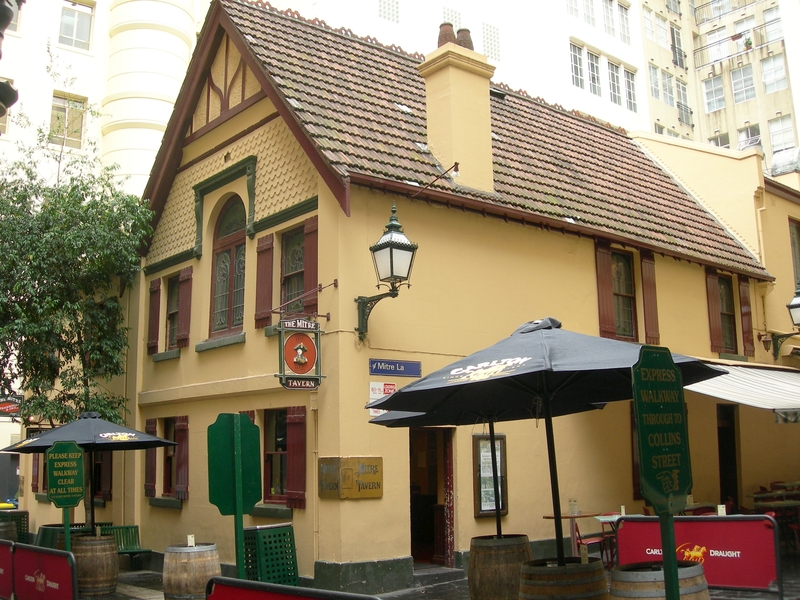 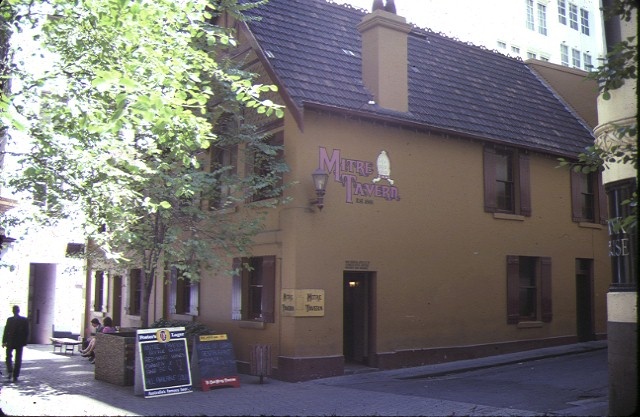 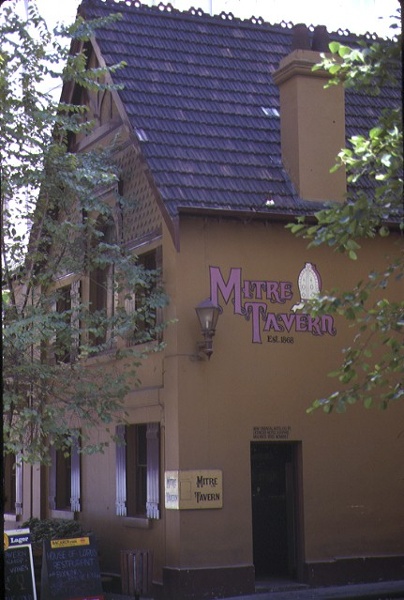 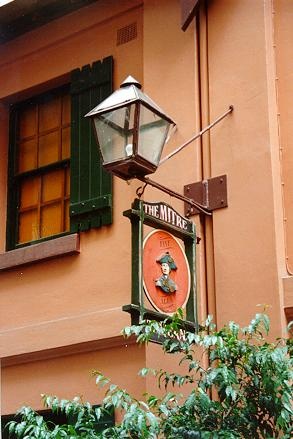 The Mitre Tavern at Bank Place is a two storey cement rendered brick structure on a bluestone base. The building probably dates back to pre-1850 but it was not established as the Mitre Tavern until 1867 when the first publican was Henry Thompson. In the 1870s the building is listed in rate books with between fourteen and sixteen rooms, which become eighteen rooms by 1895. This two-storey hotel has externally been altered a number of times, most significantly in the early twentieth century when it was given its faintly medieval appearance, including window shutters. Alterations also included English Queen Anne style additions into the structure, notably Marseille terra cotta tiles and the half-timbered gable ends. A brick building has been added to the western side of the Tavern. Internally there have also been many changes, often dictated by changes to the Licensing Act. For example, the Act in 1889 legislated that a separate entrance had to be provided for outside trade, as well as six rooms for public accommodation and a meal room. Substantial alterations took place in 1971 when most of the interior was removed and replaced.

How is it significant?
The Mitre Tavern is of historical and social significance to the State of Victoria.

The Mitre Tavern is historically significant as an early Melbourne hotel which has been popular amongst Melbourne's business and artistic community since the middle of the nineteenth century. In the early twentieth century it was the favourite meeting place of the T Square Club, an informal group of architects and artists. Many of the historical changes to the fabric and layout resulted from the changing demands of the Licensing Act. The building's form today is unique within the central business area of Melbourne, as an historical blend of styles, materials and fabric reflecting prevailing decorative tastes. The Mitre Tavern is socially significant as a continuing important landmark in the inner city area.