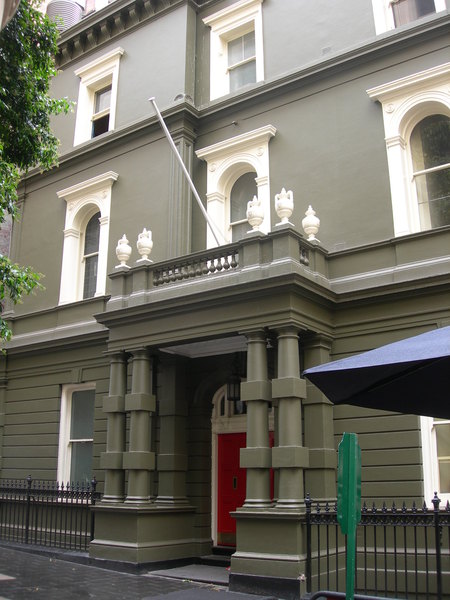 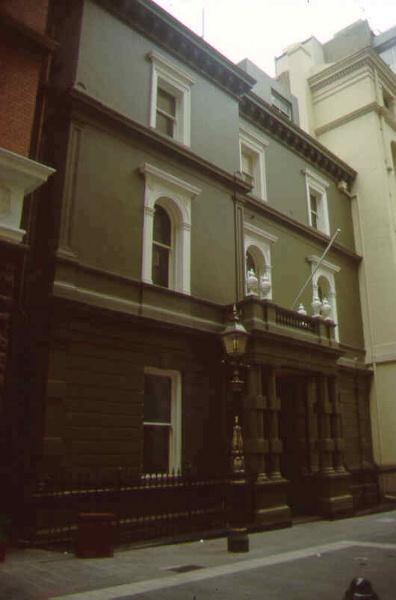 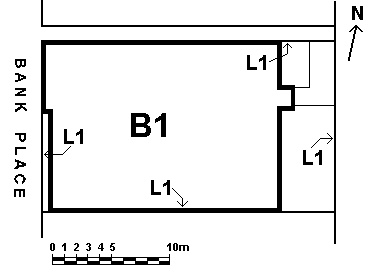 What is significant?
On 9 May 1894 a group of 18 professional musicians, amateur players and music lovers from professions gathered at the Cafe Continental in the Block Arcade to discuss forming a new club. Ten days later the club was formally called the Melbourne Savage Club, with 72 club members elected. They adopted a constitution based on that of the London Savage Club and leased rooms in the Block Arcade. In the early years music was the heart and soul of the Melbourne Savage Club and the club quickly became the central gathering place of those Melburnians whose passion was music, both professional and gifted amateurs. In 1894 annual subscription to the club was a reasonable one guinea and the entrance fee was also cheap with members of the dramatic and musical professions exempt, thus encouraging a core of artistic members. In July 1894 the musical committee organised the first of the club's hundreds of smoke nights to which many of Melbourne's actors, musicians, soldiers and sailors were invited to enjoy a varied programme of entertainment by its members. These smoke nights were used to assist in the recruitment of new members. The club over its years as well as music lovers has attracted many artists and literary figures. Since at least the 1930s the Savage Club clubhouse has been used as a dining venue for the T-Square Club. The T-Square Club is a dining club for artists and architects who meet for lunch at the Savage Club about every two months. At times during its history almost all T-Square members were also Savages, so that it was almost a club within a club.

The building, which the Melbourne Savage Club occupies, was constructed in Bank Place in 1884-85 for the Imperial Insurance Company. The architects were A.L.Smith and A.E.Johnson, and the builders were William Morton and John Peacock. It was originally a much larger, symmetrical building, which also occupied the adjoining allotment to the south. Known as Imperial Chambers, both sides of the building had identical entrance porticos and were listed separately in Melbourne directories. By 1905 the section to the south would appear to have been demolished and new industrial-like premises were built for the printing firm, Charles Troedel and Company. They remained at these premises until the early 1930s, and in 1933 the building was remodelled by architects Anketell and K Henderson and renamed Charter House.

The Imperial Insurance Company sold the property to the National Mutual Life Company in 1903. Sir Rupert Clarke moved into the building in 1910 and purchased it in 1913 as the home, so club legend has it, of his mistress. In 1923 the Savage Club purchased the property from Clarke. Previously they had leased rooms in the Block Arcade and the Victoria building in Queens Walk. When the Savages took possession in 1923 the ground floor and basement were sub-let as offices. Extensive alterations were undertaken to provide for a two-table billiard room on the first floor and a large social room on the second floor. The architects for this work were club members J.J. Meagher and Percy Meldrum. In 1925 the club took over the ground floor offices for club purposes. Architect Kingsley Henderson, a member of the club drew up the plans for work to this floor, which cost a considerable .5000. The Punkahs in the dining room also date from this period, being installed in 1927 at a cost of .100. The Yorick Club amalgamated with the Savage Club in 1966. Marcus Clarke had formed the Yorick Club in 1868 for writers and journalists.

How is it significant?
The Melbourne Savage Club is of social, historical and architectural significance to the State of Victoria.

Why is it significant?
The building at 12 Bank Place is of social and historical significance for its association with pastoralist and entrepreneur Sir Rupert Clarke who owned the property from 1913-1923 and resided in it three years prior to purchasing it. The Clubhouse is of social and historical importance for its associations with the Melbourne Savage Club who have occupied the building since 1923. The Melbourne Savage Club, established in 1894 is important as a surviving bohemian club, which has included amongst its members many outstanding Australians. Artists Fred McCubbin, Tom Roberts and Arthur Streeton from the Heidelberg School were members of the Savage Club, as well as political figures W.M. (Billy) Hughes, Sir Robert Menzies and Joseph Lyons. The Melbourne Savage Club is of social and historical importance for its associations with the Yorick Club and the T-Square Club both of which brought a variety of members together from artistic professions. For 98 years the Yorick, which was established for journalists and writers, had played a significant role in Melbourne's social and cultural life and in 1966 it amalgamated with the Yorick Club. The contribution of the combined clubs to the artistic, literary and social development of Victoria is of great importance.

The Melbourne Savage Club is of architectural significance as an excellent intact example of a townhouse, although half of the original building was demolished. The interior of the club is significant for reflecting the ideals of the Melbourne Savage Club. Of particular interest are the staircase, the impressive ground floor social room with stage and grand fireplaces and the dining room on the second floor. The punkahs which ventilate the dining room are unusual and of great interest. External features of interest include the portico with urns and rusticated columns, the cornice and the first floor window decoration.