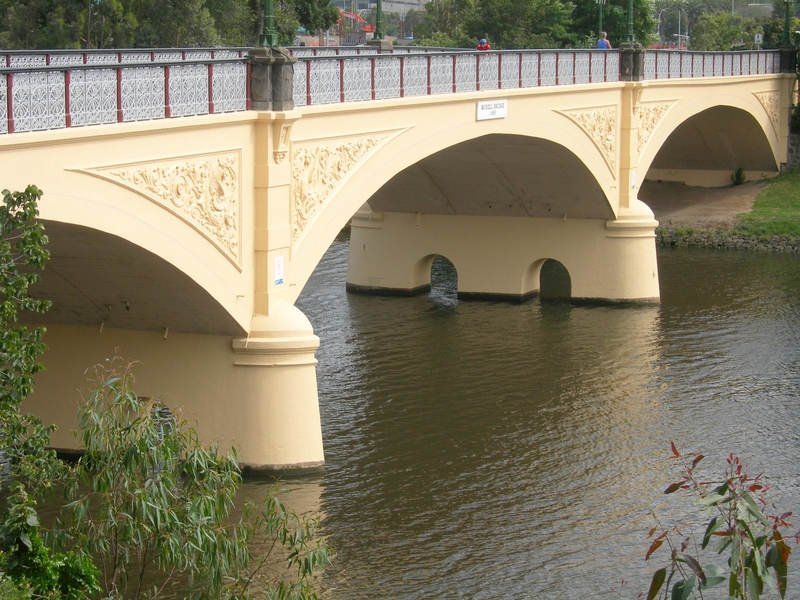 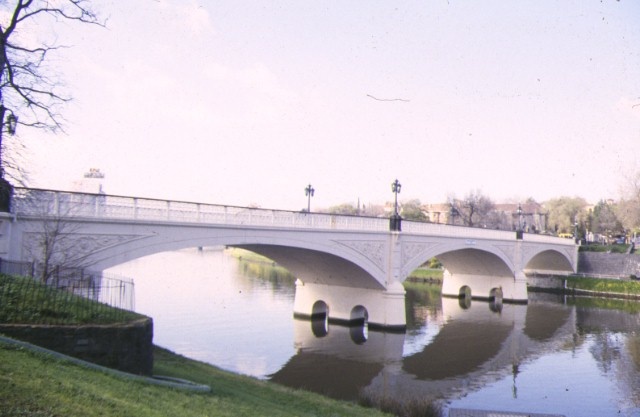 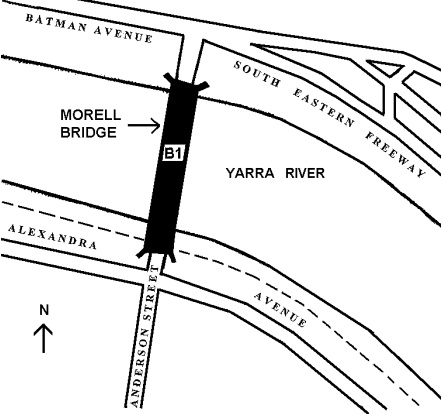 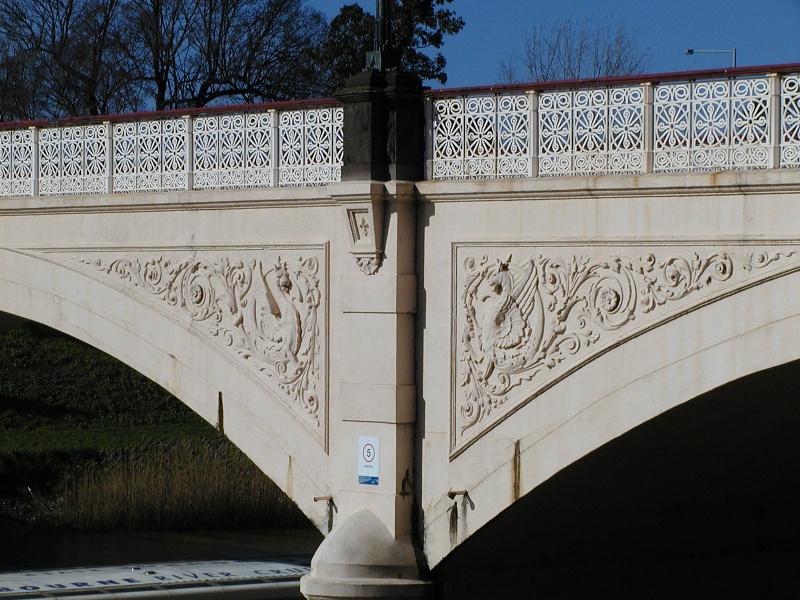 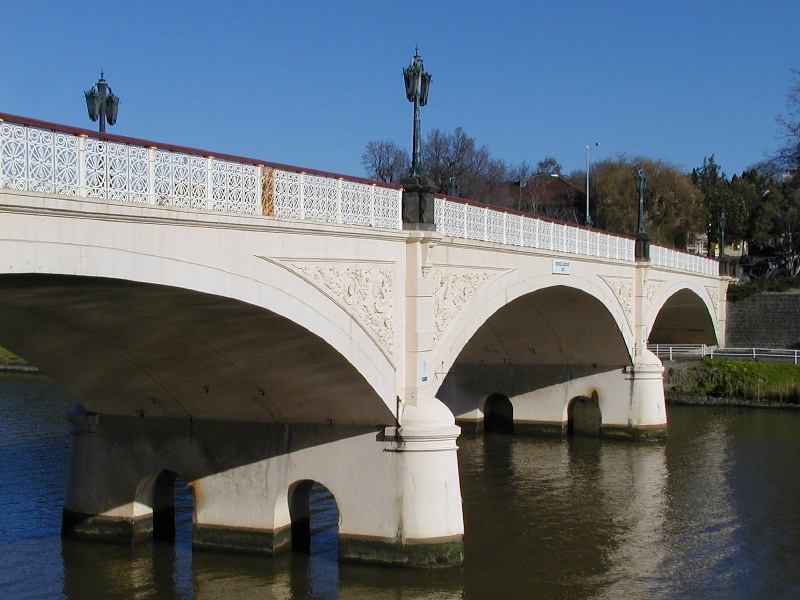 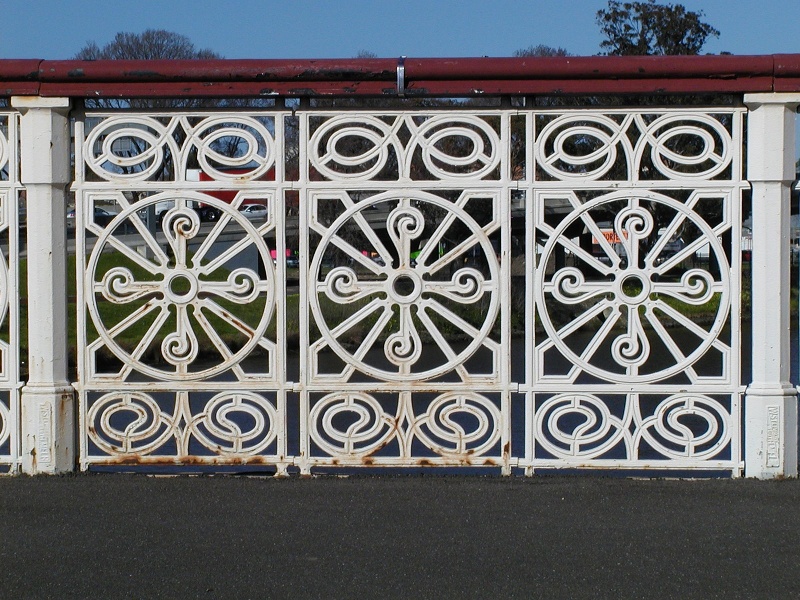 Morell Bridge over the Yarra River at Anderson Street, South Yarra was constructed in 1899 by the firm of Monash and Anderson using the Monier concrete construction technique. The Monier system of construction was patented in 1867 by Joseph Monier, a French manufacturer of garden ware. He used a grid of small-diameter iron bars embedded in a coarse mortar especially for the construction of planter pots. The technique and patents were gradually extended to cover, amongst other things, arch bridges. Monash and Anderson operated as the Victorian agency of the Sydney based engineering and contracting firm of Carter Gummow & Co, who held the Australian patent for the Monier technique. JTN Anderson from Monash and Anderson supervised the construction of the bridge with the design attributed to WG Baltzer, from Carter Gummow & Co. The bridge was erected on dry land and upon completion the Yarra River was diverted under it. In May 1936 the bridge was named after Sir Stephen Morell, Lord Mayor of Melbourne between 1926 and 1928, as a tribute to his municipal service and enthusiasm for rowing. The bridge, which carries Anderson Street over the Yarra River, was designed as a Monier arch structure which used a grid of iron bars embedded in concrete as reinforcement. The reinforced concrete arches are filled with earth. The 102-metre length bridge is divided into three equal spans, with concrete abutments and piers. The concrete surfaces are finished with cement mortar and painted grey and the ornamental balustrade and handrails are of cast iron. The spandrel panels are ornamented with stucco in a stylised foliation and dragon design. Each pier is mounted by a light standard containing twin lamps. The road over the bridge consists of two concrete footpaths and a carriageway.

Morell Bridge over the Yarra River is of architectural, aesthetic and historical significance to the state of Victoria.

Morell Bridge over the Yarra River is of architectural and aesthetic importance as the first reinforced concrete bridge built in Victoria and the first in Victoria to use the innovative Monier construction technique. The bridge was revolutionary in its design being built only two years after the first reinforced concrete bridge in the world was constructed. The bridge is important for its associations with the engineering firm of Monash and Anderson who went on to design and construct many more important Victorian bridges. The construction of the bridge on dry land and the diversion of the Yarra River beneath it are very unusual and contribute to both the architectural and historical significance of the Morell Bridge.

Morell Bridge is of aesthetic importance as an attractive landmark bridge on the Yarra River with its distinctive arches, double lamps and cast iron balustrade.

The Morell Bridge over the Yarra River is of historical importance for its associations with Sir Stephen Morell, who was a prominent Victorian businessman and Lord Mayor between 1926 and 1928. The bridge was named the Morell Bridge in 1936 in recognition of Morell's contribution to Melbourne.