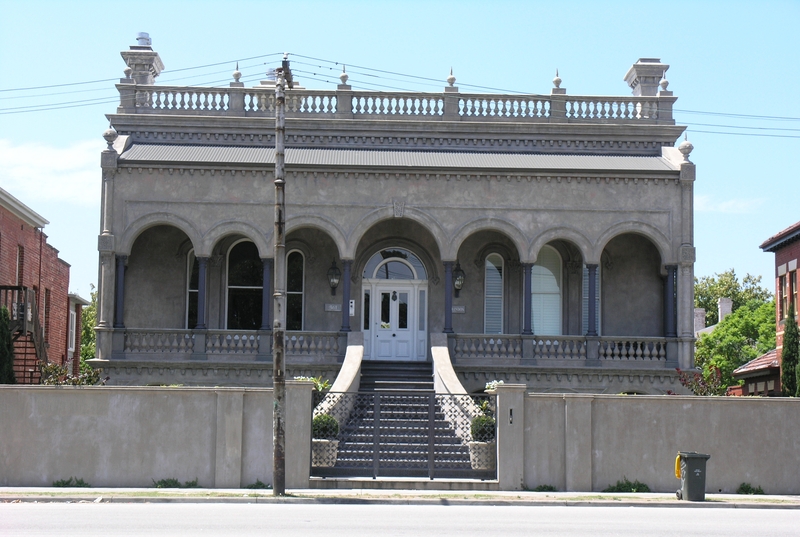 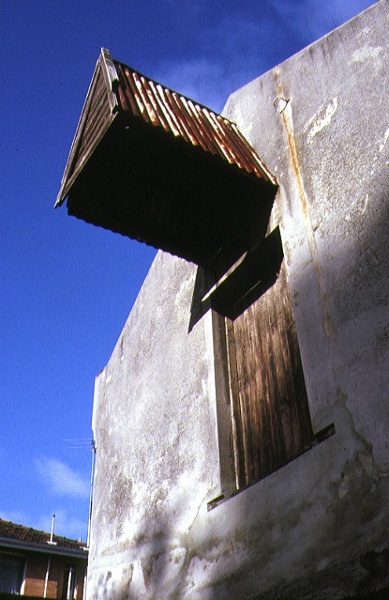 Shandon was built in 1884-85 in the Italianate style usual at the time. However, it shows some very uncommon architectural features. Of considerable significance is the uneven arcading. This is a direct reference to the Italian Romanesque Pistoia Cathedral but utilising a Renaissance vocabulary. (Moondah, now called Manyung at Mount Eliza, is another, but less direct example).

The extended height and double curve of the roof emphasise the arches. Also rare is the notion of a "piano nobile" created by the curving staircase and semi-basement. This lower level being well finished may have been used as summer accommodation. No architect has been identified as the designer. A notable internal feature is the coloured glass doorway in the upper hall. It combines Gothic arches within a semi circle. Otherwise the interiors are conventional.

The house was built for James Dunlea, a merchant, who lived there until his death in 1894. His widow lived in the house from 1902 until 1905. The house has been associated with Sigismund Jacoby, a former mayor of St Kilda as well as Hyman Levinson and other members of the Jewish community. For many years it was divided into flats, a typical fate for St Kilda mansions. It remains as one of the few surviving sea front residences of fashionable St Kilda. The stables survive at the rear. New flats have been constructed between the house and the stables. The house remains largely intact.