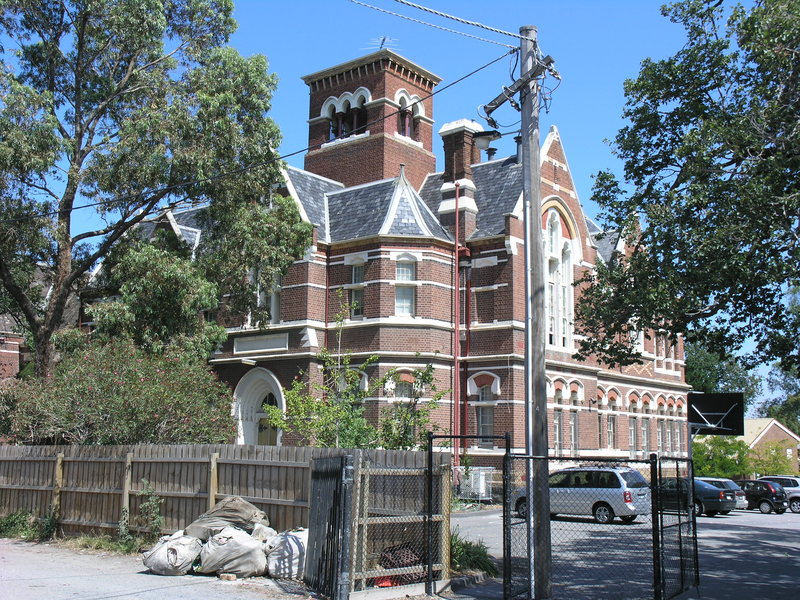 What is significant?
St Kilda Park Primary School No. 2460 was constructed in 1882 to a design by architect Henry R. Bastow of the Education Department, which had been prepared three years earlier. Land for a school in this vicinity was applied for as early as 1874, when predictions were made that population increases would necessitate the provision of more school accommodation than was already available. Concerns were raised again in 1876 that the local schools, one in Acland Street and another in Punt Road, South Melbourne, were overcrowded, and the Department had suggested that a larger school was needed at north St Kilda. A school with accommodation for 600 children was requested that year. After some debate about the most suitable site, land was annexed from Albert Park in 1878, adjacent to the St Kilda Railway Station, for the purpose of erecting a new school building. The school, however, was not completed for another four years. When St Kilda Park Primary School was finally opened, the two existing schools were closed and the furniture removed to the new building.

The two storey school building is designed in the Gothic style, which was commonly adopted for larger school buildings from the late 1870s. It is a brown brick building with polychromatic contrasts in black, cream and red brick, set on a bluestone base. Asymmetrically composed on a corner site, it contains an unusual two storey splayed corner element which provides a visual transition between the two facades. Steep slate gable roofs, tall chimneys and a prominent tower provide a picturesque skyline, and pointed and trefoil arches with render label mouldings give a Gothic character.

Additions and alterations were made to the school in 1923 in a style sympathetic to the original building, and in the 1950s a prefabricated aluminium Bristol classroom was added to the site. The steep slate roof of the tower has been altered.

How is it significant?
St Kilda Park Primary School is of architectural and historical significance to the State of Victoria.

Why is it significant?
St Kilda Park Primary School is of architectural significance as a large intact example of an urban primary school designed in the Gothic style. It is one of a group of important school buildings designed by Henry Bastow in this style. It displays a profusion of Gothic detail which combine in a distinct way, particularly with the inclusion of the highly original two storey splayed corner section. The latter is only seen at one other school, Burnley Primary School No. 2853, constructed in Richmond in 1888 and since demolished. The prefabricated Bristol classroom on the site is a representative example of a building type. It demonstrates the shortage of building materials in the years immediately after the Second World War. The use of imported prefabricated aluminium classrooms was a response to the pressure on the Education Department to provide for a rapid growth of population after the Second World War.

St Kilda Park Primary School is of historical significance due to its association with the development of the suburb of St Kilda. It was built in response to the growth of this area, particularly after the railway line was opened in 1857, and reflects the subsequent increase in population that occurred in the following years.

The building is of historical interest due to its association with such prominent people as Sir Zelman Cowen; cricketers, Ian Johnson, Bill Ponsford and Keith Miller, and artist, Sir William Dargie who were pupils at the school.