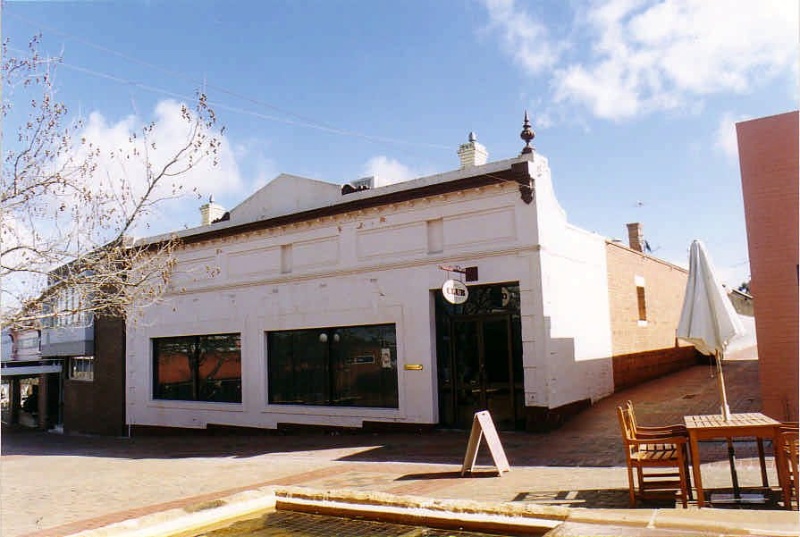 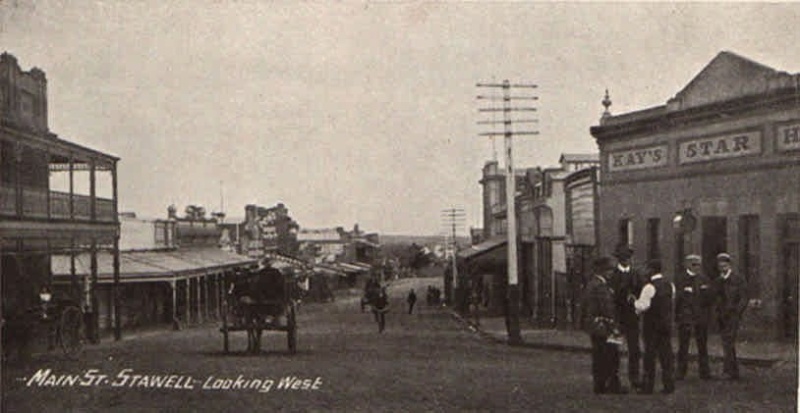 The Stawell Club building, 133-137 Main Street, Stawell, makes a significant contribution to the architectural and visual amenity of the predominantly 19th and early 20th century commercial streetscape. The form and rear sections of the building and other outbuilding also contribute to the architectural amenity of the area. Built in the second half of the 19th century as the Star Hotel, the front portion was removed in c.1916 so that the building followed the survey line of the street.

The Stawell Club building, Main Street, is architecturally significant at a LOCAL level. Although altered, the building demonstrates original 19th century design qualities, together with early 20th century design features associated with its realignment with the street. These latter qualities include the elaborate parapet with the central rudimentary pediment flanked by scrollwork, bracketed stringcourse between projecting blocks supported by decorative consoles, urn that crowns one end of the parapet, incised rectangular panels with rectangular niches, and the moulded projecting stringcourse is situated below the panels. Other intact features of the early 20th century changes include the smoothly rendered ground floor facade with rendered quoinwork about the building corners, and the two large rectangular window openings with early smoothly rendered keystones. Intact qualities of the 19th century include the single storey height, gable roof form behind the main facade clad in galvanised corrugated iron, face brick side and rear wall construction and the brick chimneys. The rear interwar (1920s-1940s) motor shed also contributes to the significance of the place, with its dominant gable roof form clad in galvanised corrugated iron, exposed timber structural frame with galvanised corrugated iron wall cladding, and the timber louvered ventilator and sheet cladding in the rear gable end.

The Stawell Club building, Main Street, is historically significant at a LOCAL level. It is associated with commercial developments in Stawell from the second half of the 19th century. In particular, this building has associations with the Star Hotel which operated from this site between 1860 and 1916. It has further associations with the Stawell Club, whose occupation spans from 1916 until the present day. It was also in 1916 when the original front portion was removed and the building realigned to the survey line of the street. The Stawell Club building, Gold Reef Mall, is socially significant at a LOCAL level. It is recognised and valued by the Stawell community as a meeting place for the Stawell Club.