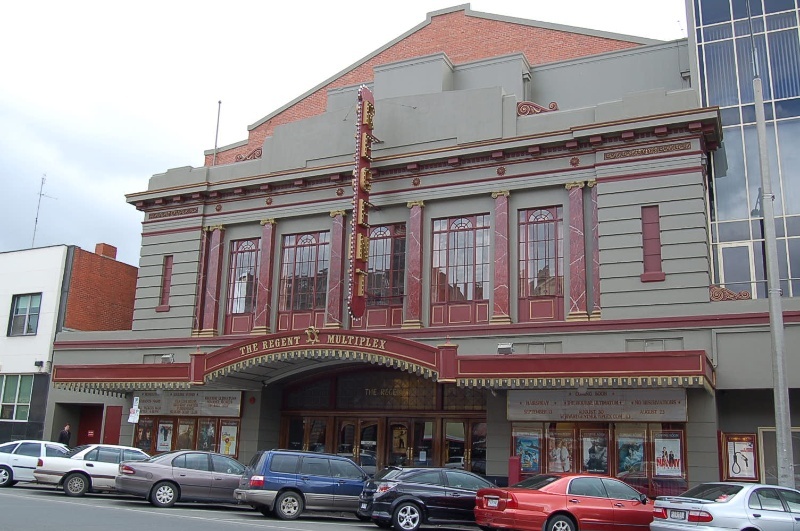 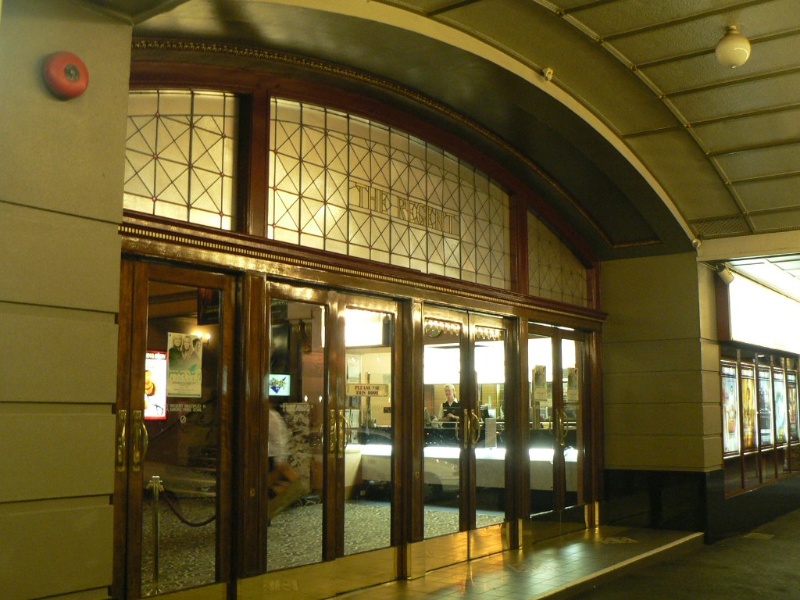 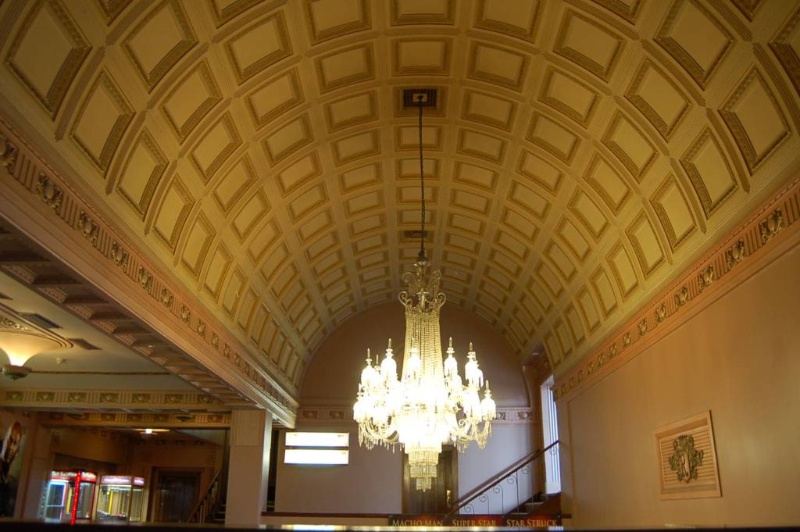 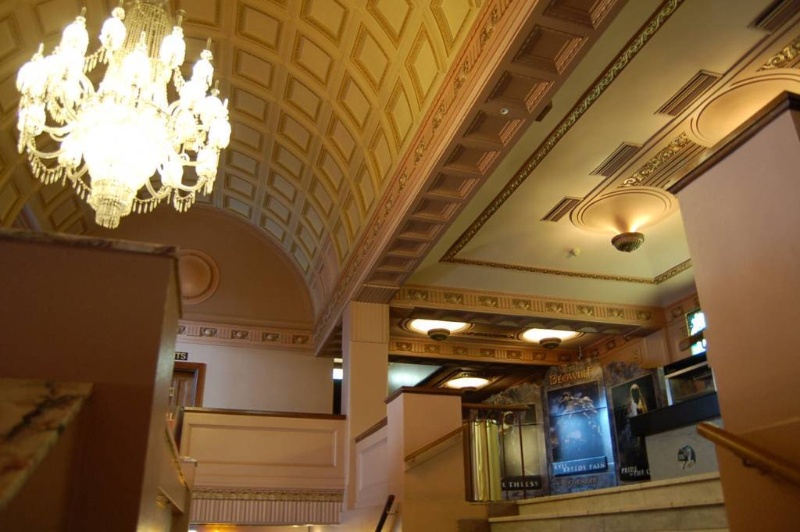 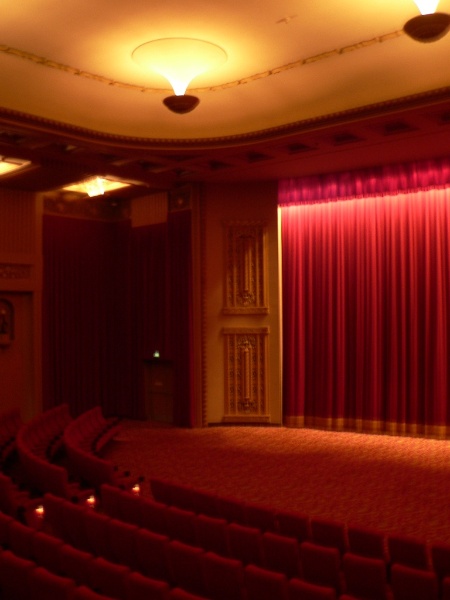 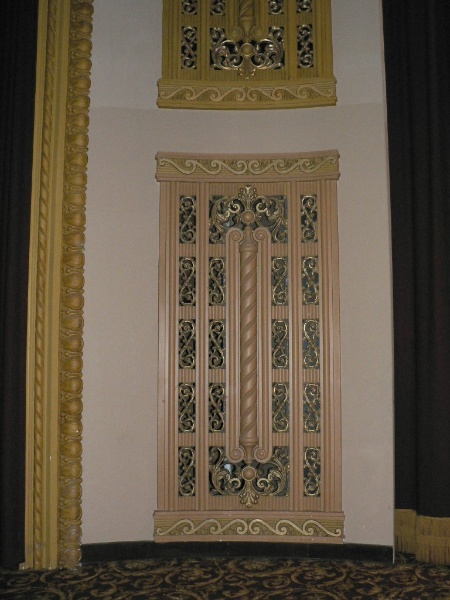 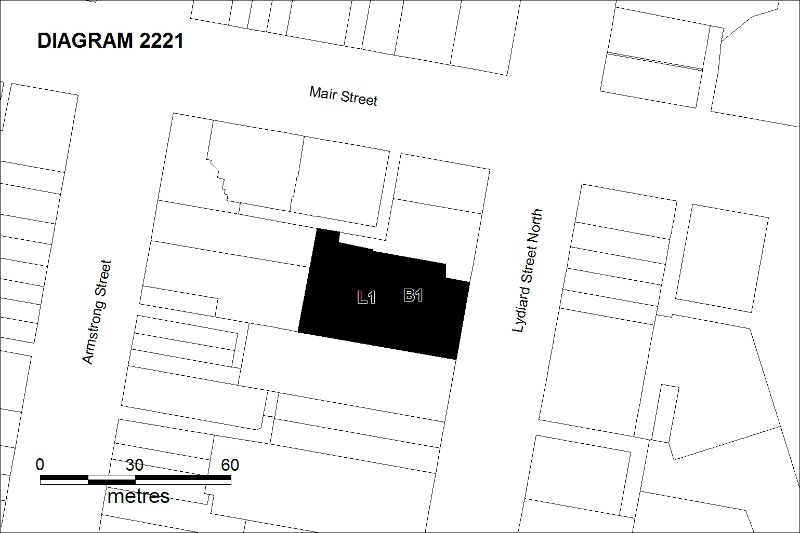 What is significant?
The Regent Theatre, Ballarat was constructed in 1927 as a purpose built motion picture theatre on a site in Lydiard Street. The Regent Theatre was commissioned by Ballarat Theatre Limited, a subsidiary of a national company, Hoyts Theatres Limited. This company owned and operated several theatres in Ballarat, including Her Majesty's, the Brittania and the Plaza Theatre, at this time. Designed to seat approximately 1950 people, the Regent Theatre was large even by metropolitan standards.

The Free Classical style was adopted for the original theatre design. The rendered front facade, which survived the fire of 1943, is symmetrical, with a central pilastered section set between rusticated end bays. Five large rectangular paned windows, with central arched head motif, are contained between Ionic pilasters in the central bay. An entablature includes a frieze with roundels and a deep dentilated cornice. A simple parapet above is stepped and conceals the bulk of the auditorium behind. At street level a cantilevered verandah with central segmental arch covers the entrance of timber framed glass doors and segmental arch window of frosted glass panels, featuring the Regent name. Similar verandahs were used at the Regent Theatre, Melbourne (1929, VHR H0690) and the Regent Theatre, South Yarra (1927, since demolished).

After the fire in 1943, Cowper, Murphy and Appleford designed an auditorium interior which differed from the original scheme. The rebuilt scheme adopted a "Classical Moderne" style with a less ornate and flatter form of decoration. Reeded columnar forms and framing were applied to the side walls, and uplighting, which illuminated the large recessed ceiling coffer above the circle seating, was also installed. The most significant departure was the adoption of a rectilinear proscenium form, which replaced the earlier traditional semi-circular proscenium, formed of richly wrought perforated plaster. This was a characteristic of the Regent Theatre typology and was also seen in the auditoria of the Regent South Yarra, the Melbourne Regent (before the 1945 fire) and the interstate theatres in Adelaide and Sydney. The proscenium treatment of the Adelaide Regent was virtually identical to the original form of the Ballarat Regent. While the architects similarly eschewed the semi-circular form in the rebuilding of the Melbourne Regent, squaring off the proscenium arch and replacing the coved vaulting with planar plaster panels, the flat panels carried enriched plaster decoration and perforated plasterwork similar to the style of the original. The Ballarat Regent rebuilding adopted a simpler scheme of decoration. The layout of the Ballarat Regent remained substantially unchanged after the fire, however the staircase was realigned and the orchestra pit was removed from the auditorium.

Further internal alterations were made in 1960 which involved the construction of a candy bar in the dress circle at the head of the main foyer stair, which was altered slightly, and the breaking through of the wall between the adjoining sweets shop to the south and the stalls lobby. In the early 1970s Hoyts relinquished the theatre and it subsequently closed. The building was acquired by Jack Anderson in the late 1970s and subsequently reopened with the installation of a large new cinema screen to attract patrons. The stalls area of the theatre was placed out of use and only the dress circle was used from 1978. In February 1988 the theatre closed again while works to convert it into a triple screen theatre took place. The dress circle was extended towards the proscenium to form the main auditorium, and two new cinemas were constructed below, within the former stalls area. The new floor of the auditorium came halfway up the height of the original proscenium and a new proscenium was built several metres forwards of the former one. Decorative plaster panels of the former proscenium were removed and reaffixed to the surrounds of the newly-positioned screen. The upper portion of the 1943 proscenium survives, with some of its decoration intact, as well as portions of the framing of the former decorative theatre boxes which flanked the stage. These remain behind the new projection screen.

How is it significant?
The Regent Theatre, Ballarat is of architectural and historical significance to the State of Victoria.

Why is it significant?
The Regent Theatre, Ballarat is of architectural significance as an important surviving example of a large purpose built picture palace, albeit subsequently modified and altered, in regional Victoria. As one of the largest cinemas built in rural Victoria, it can be compared to cinemas built in Melbourne in both size and detail. It is also important as a representative example of the work of architect Cedric Ballantyne who also designed the Regent Theatre, Collins Street, Melbourne (1929, VHR H0690) and alterations to the National Theatre, St Kilda (1928, VHR H2092).

The Regent Theatre, Ballarat is of historical significance for its continuous association with one of the most popular forms of entertainment, the cinema, from the late 1920s. Its long association with the influential chain Hoyts, which operated cinemas throughout Melbourne and regional Victoria, is of importance. Its scale demonstrates the popularity of the cinema in rural Victoria.