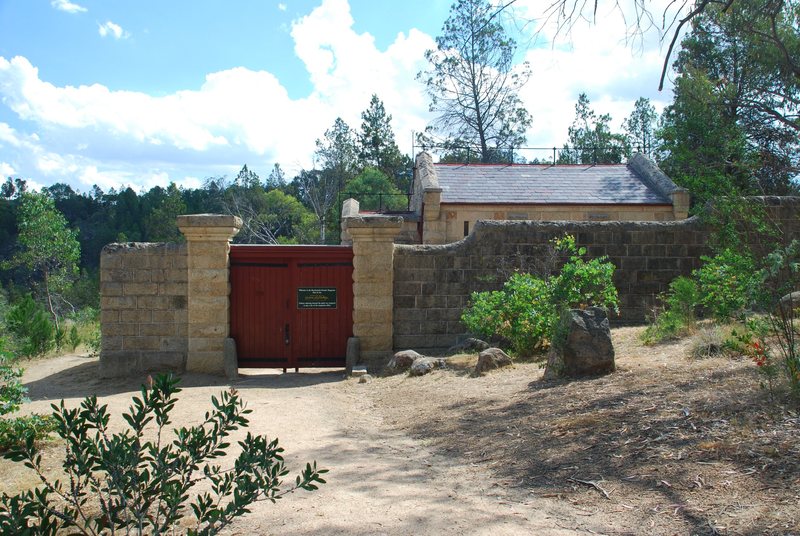 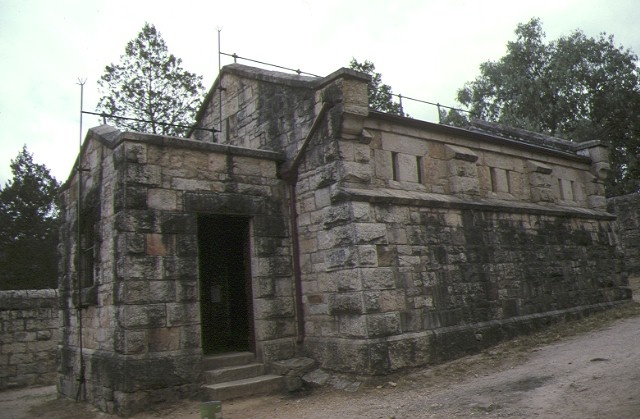 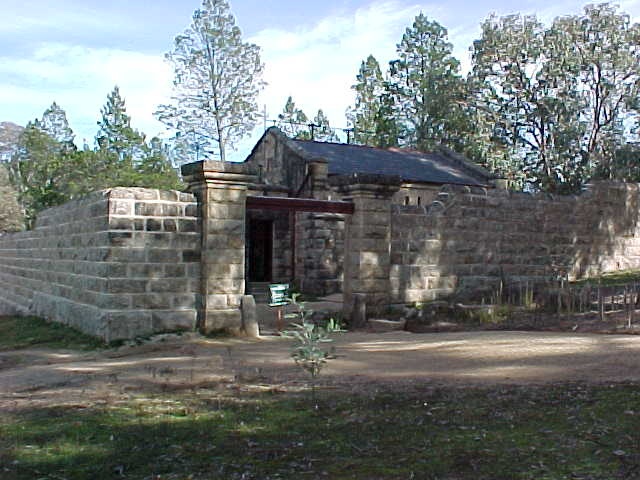 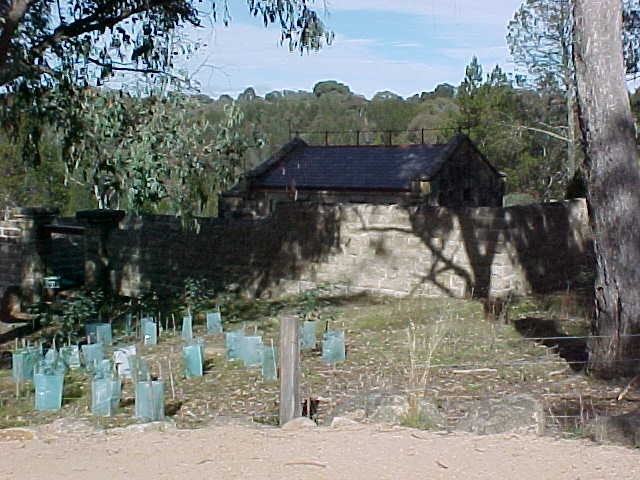 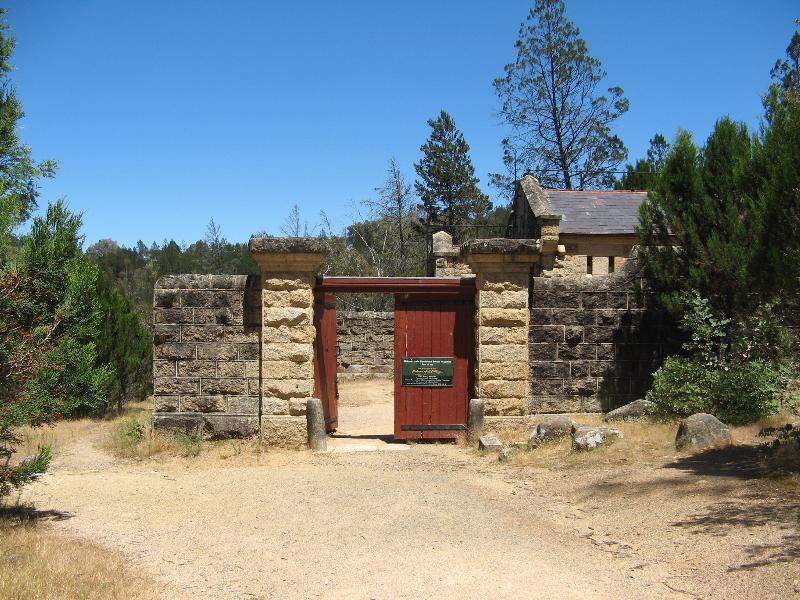 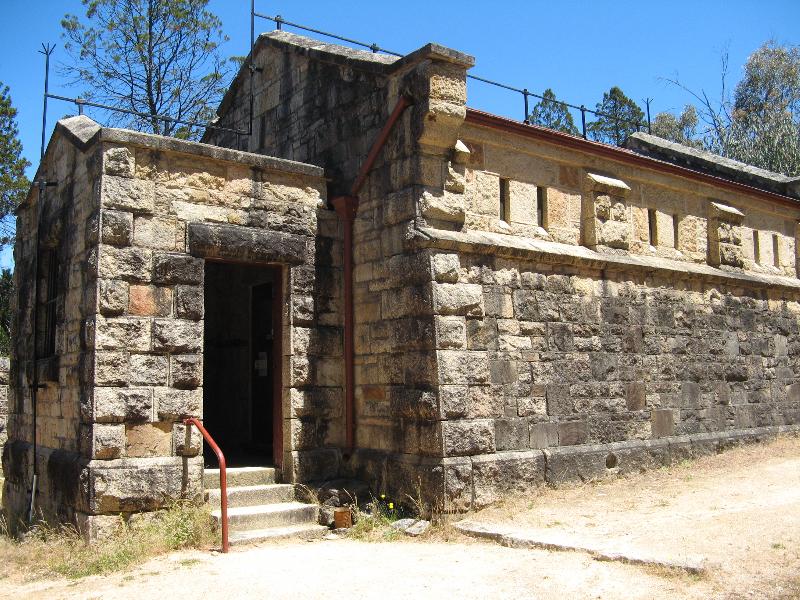 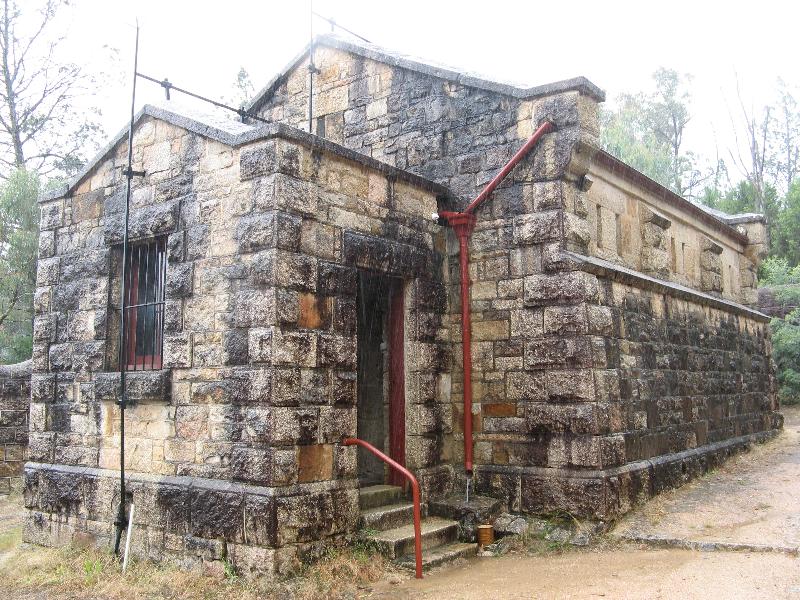 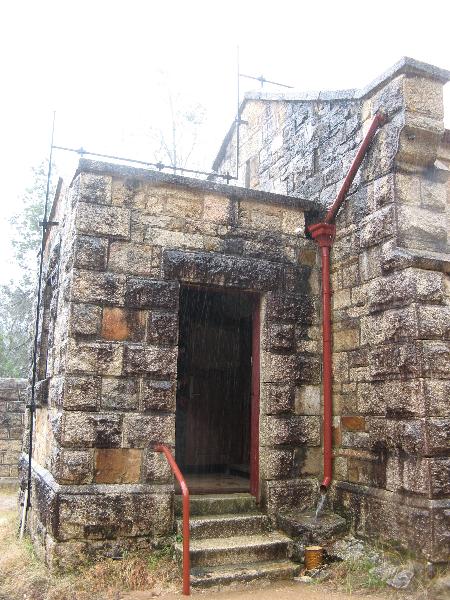 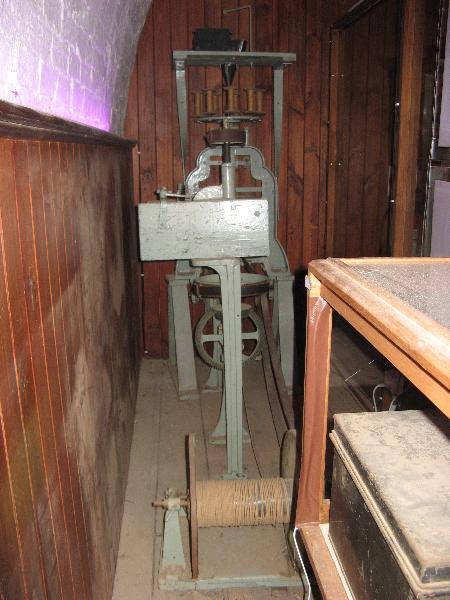 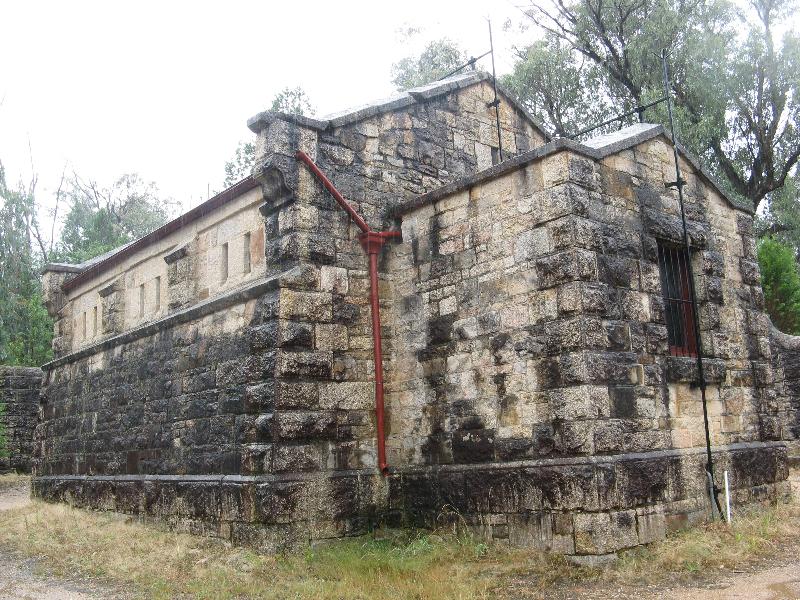 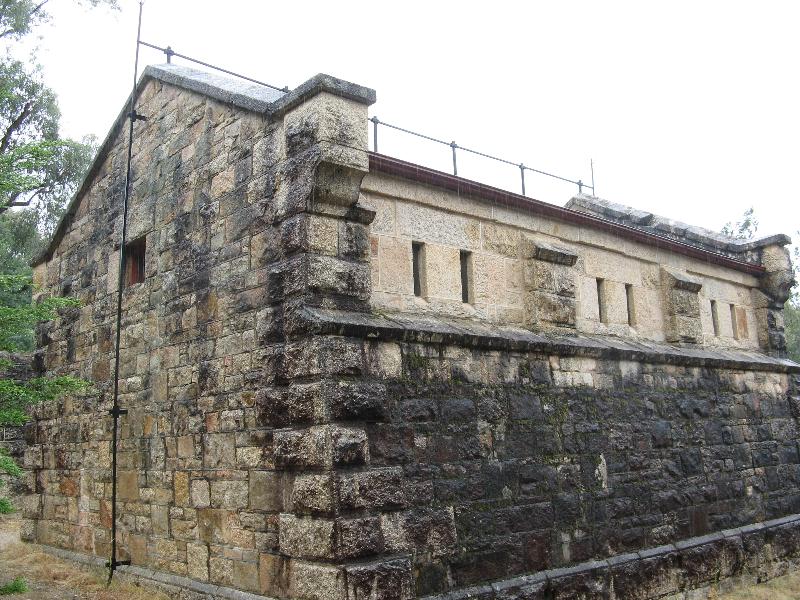 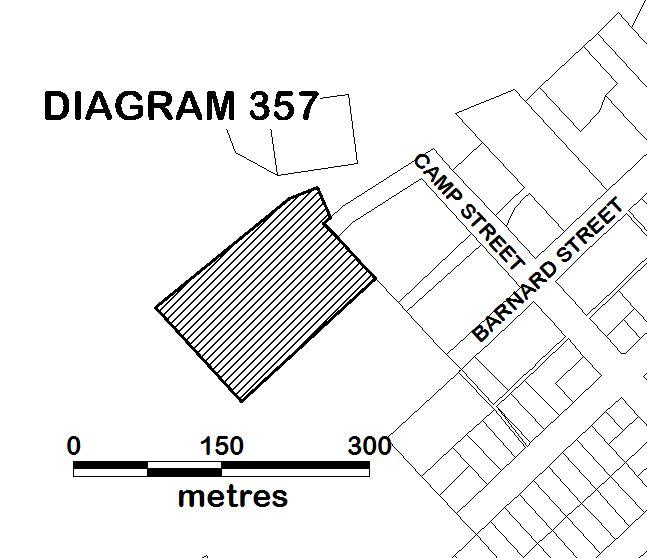 The Powder Magazine at Beechworth, including the stone magazine built in 1859 and the surrounding walls built in 1860.

The Powder Magazine at Beechworth was constructed in 1859 by the Melbourne builders, T Dawson and Company to designs by the Public Works Department. The boundary walls were completed the following year by another Melbourne firm, Atchison & Lumsden. This was one of several government magazines built on the Victorian goldfields at the end of the 1850s for the safe storage of gunpowder. The need for the magazines resulted from the exhaustion of surface gold deposits in Victoria and the subsequent change to the mining of deep alluvial and quartz deposits, which required the use of large amounts of gunpowder for blasting. Storage facilities were needed close to the mines but at a safe distance from habitation. In 1857 the Victorian government legislated to control the storage of gunpowder, and provide for the establishment of public powder magazines to be financed by Treasury and administered locally. The Beechworth Powder Magazine was opened for use by the local gold miners in 1860. It was obsolete by the early 1900s, as local gold mining decreased and nitro-glycerine compounds such as gelignite came into use. It was closed in 1918 and its condition deteriorated during the following decades. It was restored in 1963-66 by the National Trust of Australia (Victoria), and in 1966 became the first of their properties to be opened to the public outside the Melbourne metropolitan area.

The Powder Magazine stands in a bush setting to the west of the town of Beechworth, and is separated from it by a deep gorge. It is a small rectangular-plan building with massive stone walls of local granite and a slate roof, and has a small entrance porch at one end. It has parapeted gable ends, and along the side walls are small buttresses and slit openings for ventilation. The building has an elaborate system of lightning conductors running along the roof ridge and down the end walls. The arched inner roof and double arched foundations were designed such that if an explosion did occur, the force of the blast would be directed upwards. The magazine building is enclosed by a granite wall with massive entry pillars and a timber gate.

The Powder Magazine at Beechworth is of architectural and historical significance to the State of Victoria. It satisfies the following criteria for inclusion in the Victorian Heritage Register:

The Powder Magazine at Beechworth is significant at the State level for the following reasons:

The Powder Magazine at Beechworth is historically significant for its association with the history of gold mining in Victoria. It is associated with the change from alluvial to deep mining of gold in the late 1850s, as the easily extracted surface gold deposits were depleted. Deep mining required large amounts of gunpowder for blasting away the rock overlying the gold deposits, and the magazines were constructed by the Victorian Government to safely store the gunpowder required for this. [Criterion A]

The Powder Magazine at Beechworth is architecturally significant as an outstanding and intact example of the powder magazines constructed by the Victorian Government in the late 1850s in the gold mining regions of Victoria. It demonstrates the characteristic features of these structures, being designed for the storage of black powder. These had massive walls and light-weight roofs, so that if an accidental explosion occurred, the force of the blast would be directed upwards, thus minimising the risk of damage in the surrounding area. [Criterion D]

The Powder Magazine at Beechworth is also significant for the following reasons, but not at the State level:

The Powder Magazine at Beechworth is significant for its close association with the gold-mining history of Beechworth. Together with other government buildings constructed in the town from 1857-60, the powder magazine and its surrounding walls are built of local granite, and are a distinctive element of this historic town.