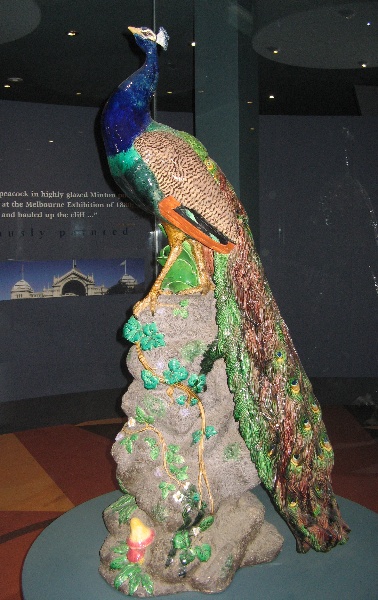 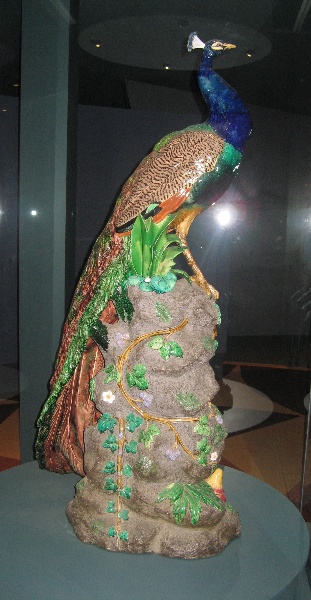 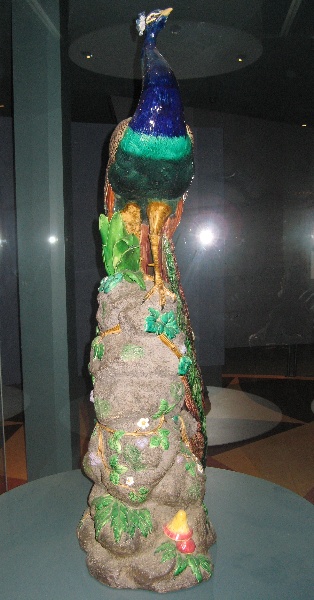 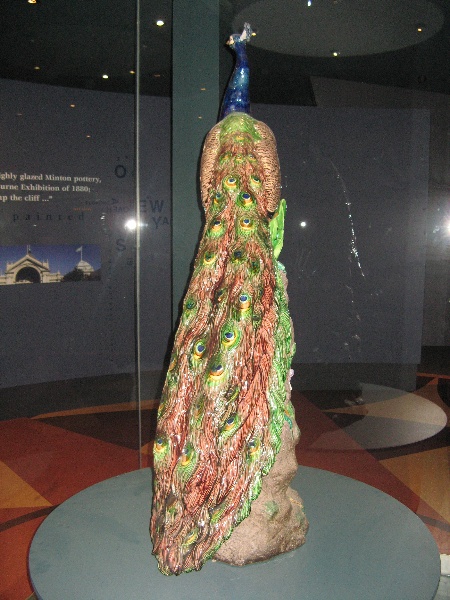 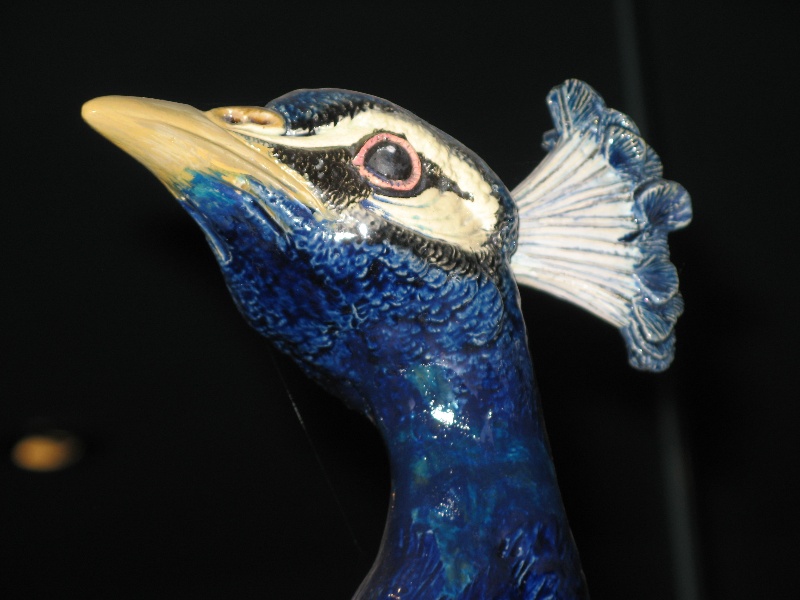 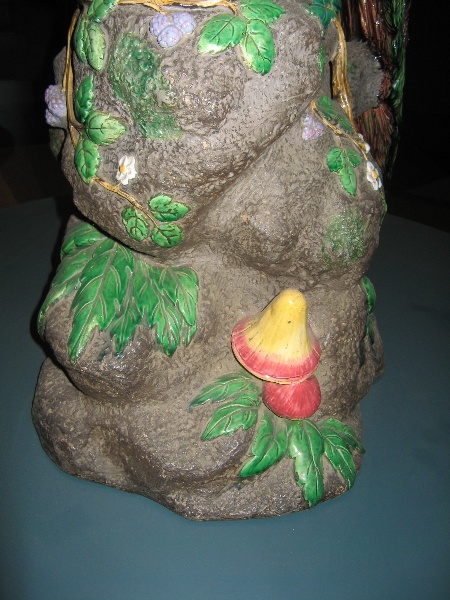 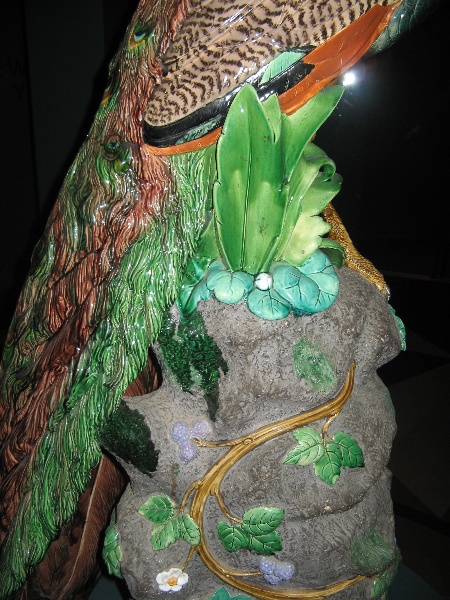 The Loch Ard Peacock was modelled by the renowned French animalier Paul Comolera as a conservatory ornament and was made between 1873 and 1878 by the celebrated English pottery company Minton & Co., in Stoke-on-Trent, Staffordshire. It was shipped to Australia in 1878 aboard the iron clipper 'Loch Ard' and was one of the key exhibits destined for the 1880-1881, Melbourne International Exhibition which was held to celebrate the opening of the Melbourne Exhibition Building.

The 'Loch Ard' was shipwrecked along the South West Coast of Victoria near Warrnambool on the night of the 31st of May 1878. Two days after the shipwreck a wooden packing crate which contained the Minton peacock (later named the Loch Ard Peacock after the ship) was washed onto the beach of the gorge (now known as Loch Ard Gorge). It was found by Mr James Miller, one of a syndicate that had purchased the rights to the wreck in 1878. The Peacock stayed in the ownership of the Miller family until 1943 when it was purchased by Mr Frank Ridley-Lee.

In 1975, the Loch Ard Peacock was purchased by Flagstaff Hill Maritime Village in Warrnambool and remains the centrepiece of the display on the history of the Shipwreck Coast of Western Victoria. It has also been displayed at the 1935 Melbourne National Museum Exhibition, the 1980 Royal Exhibition Building centenary celebrations and at the entrance to the Victoria Pavilion at World Expo 88 in Brisbane.

The Loch Ard Peacock is an excellent and rare example of a Minton peacock. The life size earthenware peacock figure is naturalistically modelled and its plumage is coloured in bright majolica glazes. It stands proudly on a large grey coloured earthenware mound trailing with fruiting and flowering blackberry and ivy, and clumps of foliage and fungi. The artist's signature is relief moulded on the lower base.

The Loch Ard Peacock is of historical, social and aesthetic significance to the State of Victoria.

The Loch Ard Peacock is of historical significance as the most notable artefact to be salvaged from the 1878 'Loch Ard' Shipwreck which is recognised as one of Victoria's and Australia's worst shipwreck tragedies. The Minton peacock was the largest and grandest of the items in the Loch Ard's cargo which were destined for display at the Melbourne International Exhibition of 1880-1881. The story, ownership and context of use of the Loch Ard Peacock have been very well documented (which supports its high level of significance).

The Loch Ard Peacock is significant for its association with a number of important events in the history of Victoria: the 'Loch Ard' Shipwreck; the world renowned, 1880-1881 Melbourne International Exhibition and the opening of the Royal Exhibition Building.

The Loch Ard Peacock is of great social significance to the people of Warrnambool and Victorians generally which is supported by the fact that it was purchased with funds raised by local residents and the State government. The Peacock has been on permanent display at Flag Staff Hill Maritime Village since 1975 and continues to be the major attraction that symbolises and helps interpret the survival stories of the perilous Shipwreck Coast.

The sculpture is of aesthetic significance as an excellent and rare example of an 1870s Minton work from the Minton china factory in Stoke-on-Trent in England, which was renowned in the Victorian period for its outstanding ceramic 'art' pieces. The Minton peacock is the most famous of Paul Comolera's animal sculptures and one of the most renowned of Minton's products. It was used by Minton & Co. to demonstrate and promote its majolica ware at a number of international exhibitions and has been referred to by collectors as the "Majolica Holy Grail". The Loch Ard Peacock is the only known surviving example in Victoria and one of only two in Australia.