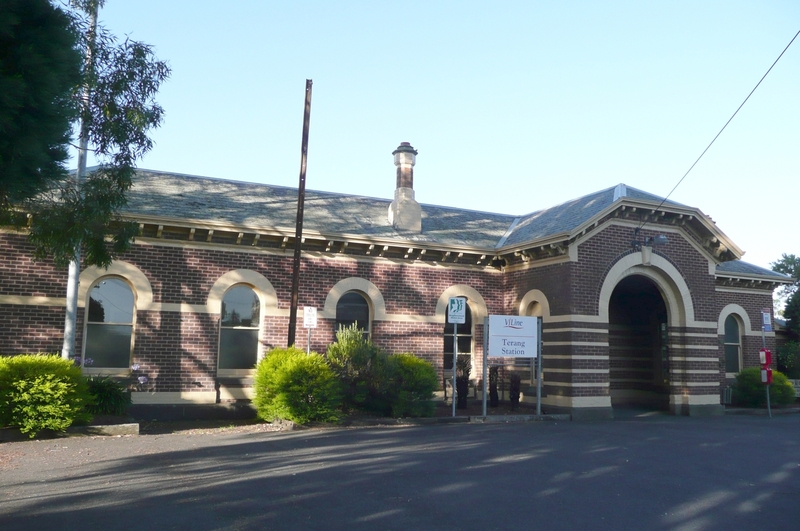 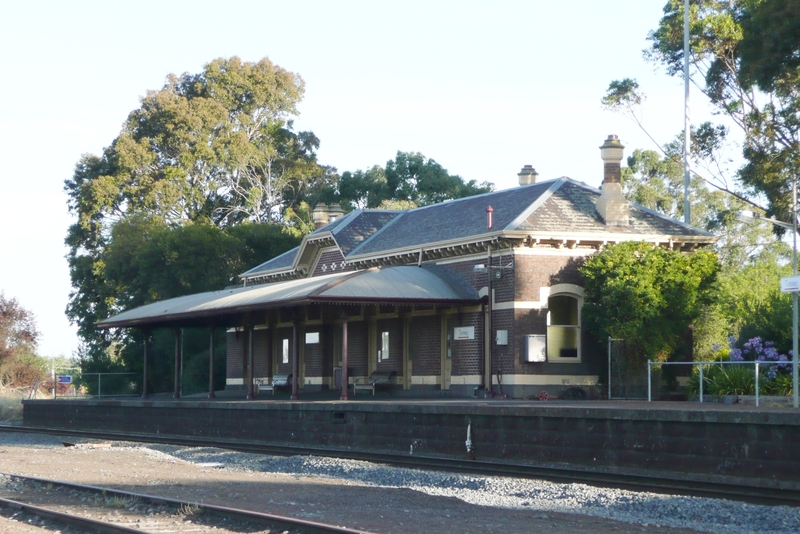 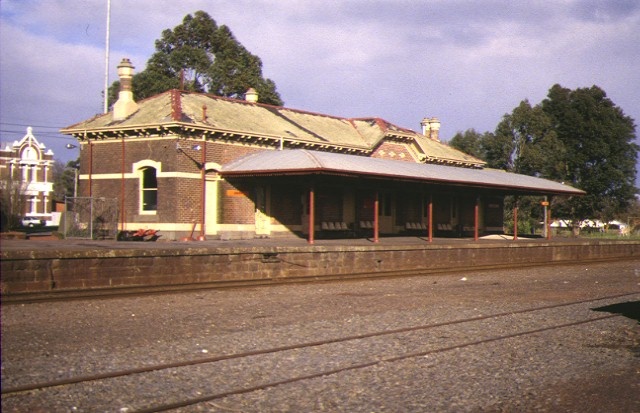 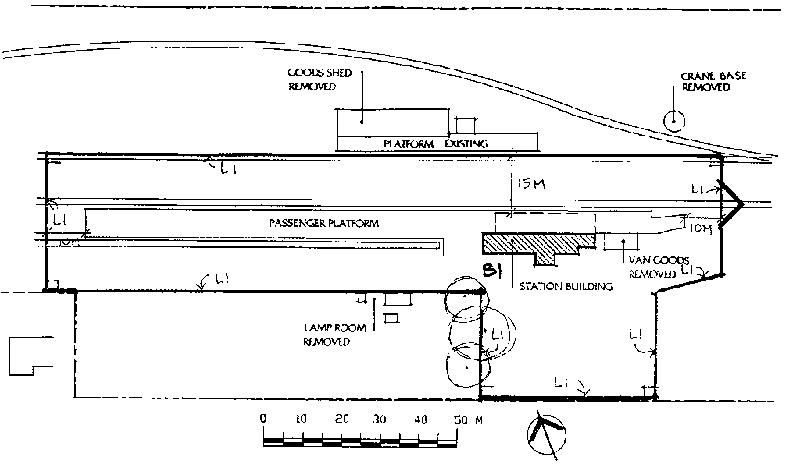 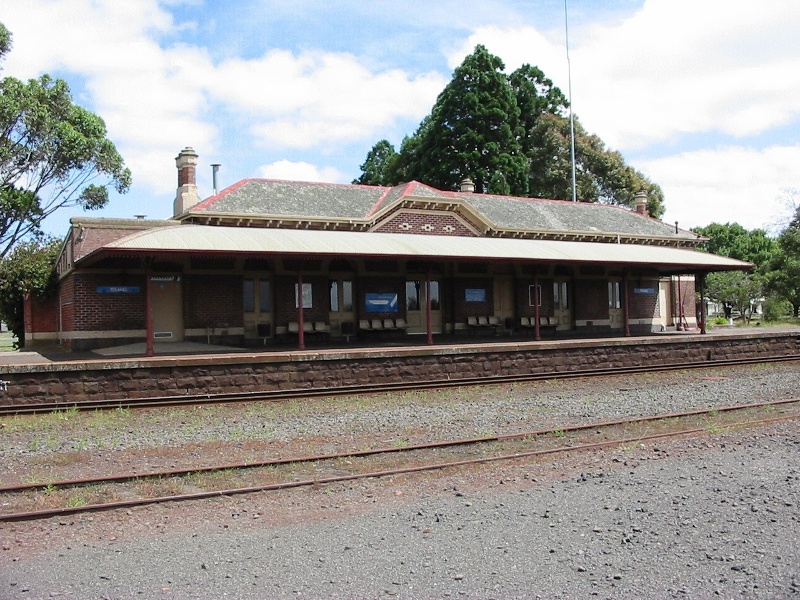 What is significant?
Terang Railway Station, dating from 1889, was constructed by FS Leonard on the Warrnambool-Terang line for the Victorian Railways. It comprises a single storey, hip roofed symmetrical brick station building with a standard iron platform verandah and a basalt faced passenger platform. Distinctive features of the station building include the round arched windows, cream brick dressings to the openings and the porch, a gambrel roof to the porch, and tall octagonal chimney stacks.

How is it significant?
Terang Railway Station is historically and architecturally significant to the State of Victoria.

Why is it significant?
Terang Railway Station is historically significant as a representative and intact example of a station building design that arose from the 'Octopus Act' of 1884.

The railway is architecturally significant as a major contributor to the character of the Warrnambool Railway being a representative and most intact example of the 'Terang' style of station building. A small group of brick station designs (Terang and Camperdown), which feature Romanesque arches to the openings, cement render banding and a broken gable over the entrance.

A tender for the erection of station buildings at Terang was published by the Secretary for Railways in the Camperdown Chronicle, 19 October 1889, p.3. The Bendigo Advertiser reported on 29 October 1889 (p.2) that the Railway Department had accepted a tender from Jno. Patterson for 2,073 pounds.