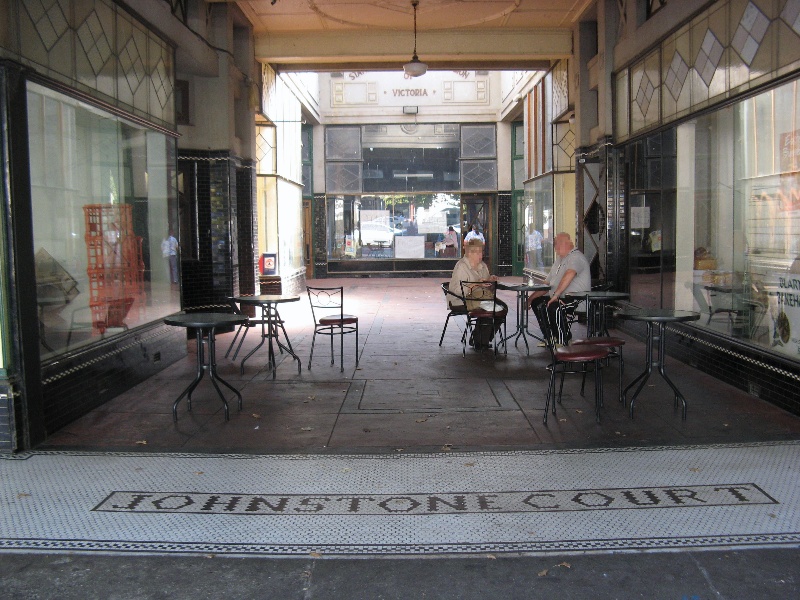 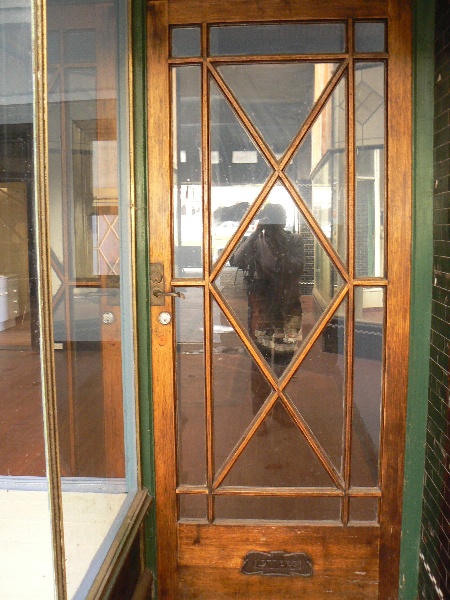 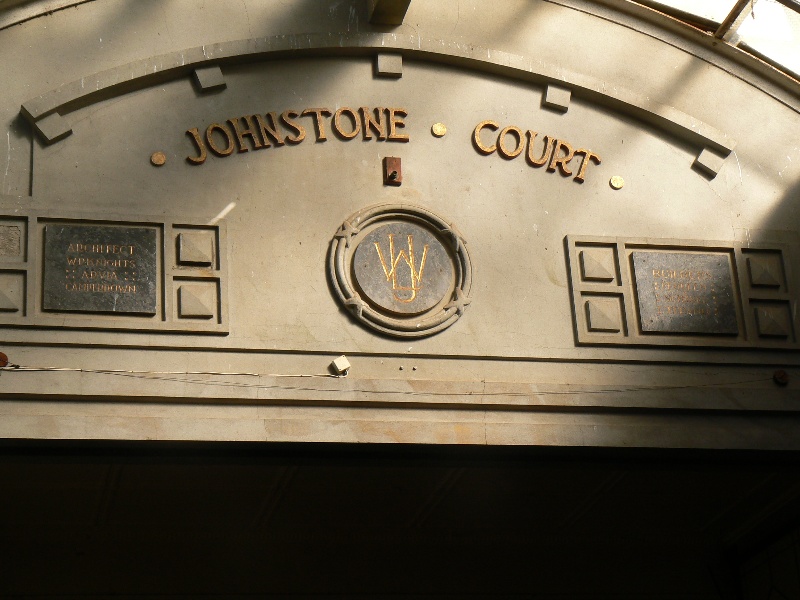 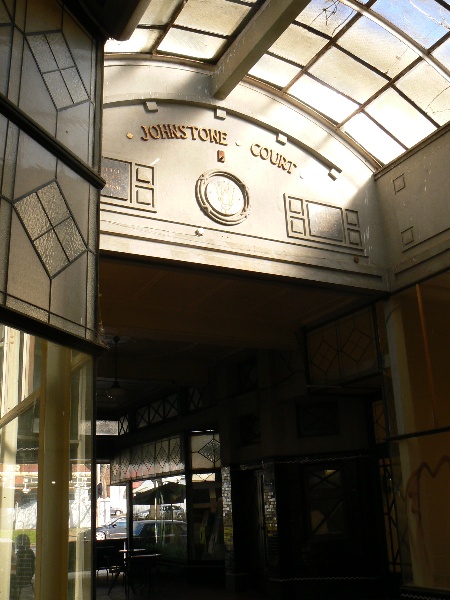 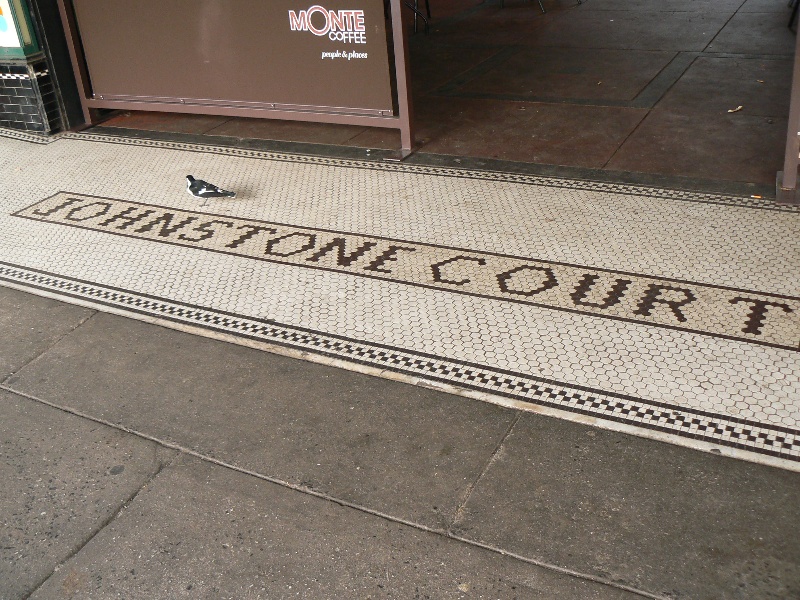 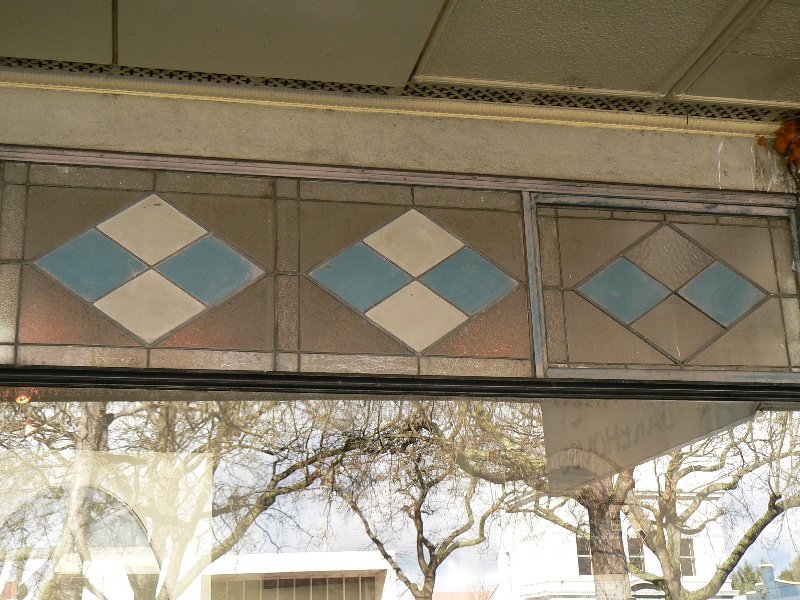 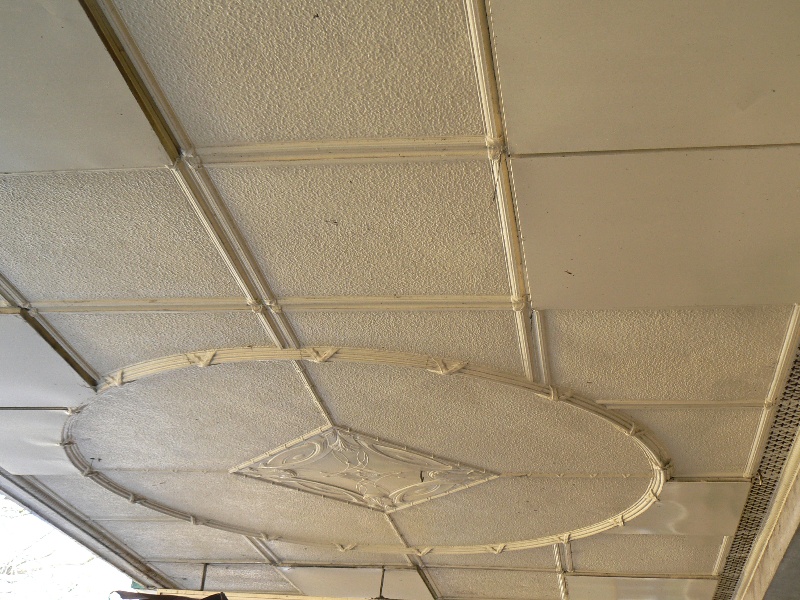 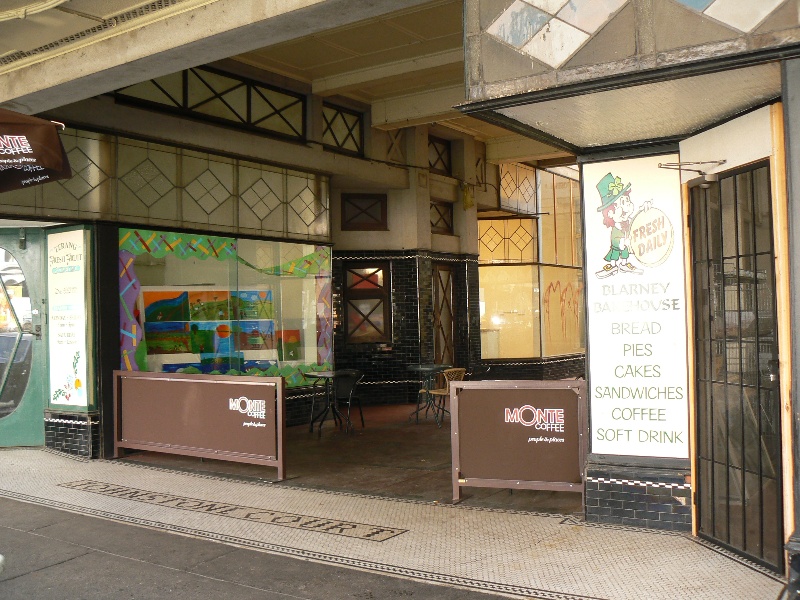 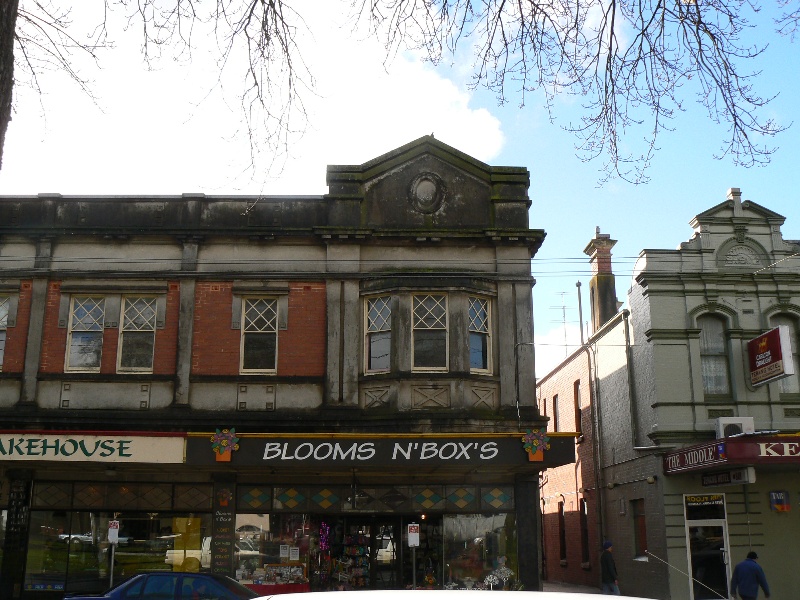 Johnstone Court was built in 1925 by Winifred Lilian Johnstone (1862-1946). She was the widow of William Johnstone, who had been born in Terang, made money on the New South Wales opal fields and returned to Terang and purchased the Commercial Hotel in 1903. William died later the same year and Winifred operated the hotel until she sold it in 1923. In 1925 she purchased an old building in High Street, but the whole block was razed by fire shortly afterwards. She commissioned the prominent Camperdown architect Warburton Perry Knights to design the new arcade, which was constructed by the Terang builders McQueen and Schabel. It was described at the time as the largest block of shops and the most up-to-date business premises in the Western District. The Court housed the local office of the State Electricity Commission of Victoria, which assumed responsibility for electricity supply in Terang in March 1924. Other shops were occupied by a grocer, a baker, a draper, a jeweller and an estate agent. The upper floor contained residences and workshops for the shops below. The CWA later operated a dining room in the upper section.

Johnstone Court is a symmetrical brick building, with rendered decoration on the upper level, which extends more than forty metres along the main street of Terang. At the first floor level are three bay windows, in the centre and at either end, with a pediment above the parapet above each one. Along the High Street elevation is a cantilevered verandah with a Wunderlich ceiling. There were nine shops, six facing High Street and three facing the internal courtyard. The shop fronts are almost entirely intact, with their original glazed tiling, display windows and lead-lighting. Between the centre shops is the entrance to the internal court, with mosaic tiles on the floor spelling out the letters 'JOHNSTONE COURT'. Inside the entrance are gates, which fold into boxes on either side (now permanently open), and two staircases leading to the first floor. The interior court is covered by a glazed barrel vault. The upper walls beneath the vault are adorned with decorative cement work. At the end further from the street, above where the SEC offices were located, is written 'STATE ELECTRICITY COMMISSION OF VICTORIA'. Under the vault opposite this is written 'JOHNSTONE COURT' and there are three plaques noting the initials of the owner (WLJ) and the names of the architect (W P KNIGHTS ARVIA CAMPERDOWN) and builders (McQUEEN SCHABEL TERANG).

Johnstone Court is of architectural and historical significance to the state of Victoria.

Johnstone Court is architecturally significant as an outstanding and remarkably intact example of an early twentieth century shopping arcade. It is a fine and intact example of the substantial commercial buildings constructed in provincial towns, and especially in the wealthy Western District, in the inter-war period. It is significant as a fine example of the work of the prominent Camperdown architect W P Knights, who was responsible for many notable buildings in western Victoria in the early decades of the twentieth century.

Johnstone Court is historically significant as a demonstration of the wealth of country Victoria, and particularly of the Western District, in the 1920s. It also a reminder of the period, after the formation of the State Electricity Commission of Victoria in 1919, when the Commission began to take over the responsibility for power production from local authorities throughout the state.