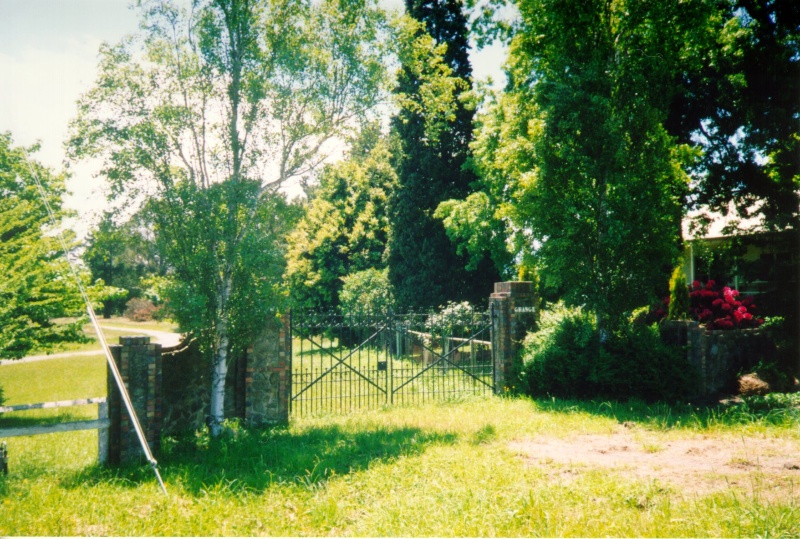 Yarra Grange, a two-storey Victoria brick homestead which dates from the 1870s or earlier, has high local significance for its associations with the early district pastoral industry and with the development of the grazing industry. Yarra Grange was the home first of George Harker, pastoral pioneer, who settled in the area in the 1840. The old homestead became the home of a number of prominent district farmers, including the Bells in the 1880s, and William Lalor and John Dennis, graziers, in the 1880s and 1890s. The property has historical significance for its associations during the late 1880s with two well-known Victorian land boomers - William H. Croker, maritime solicitor, and the notorious Victorian Premier Thomas Bent. During the 1890s and until the outbreak of the First World War, Yarra Grange was owned by the Hogan Family, followed by Arthur Phillips, a solicitor. The Herman family have owned and occupied the old property during the last 59 years.

Yarra Grange has significance as a remaining homestead complex, which includes a two-storey brick homestead of the 1870s or earlier and stables replacing earlier buildings destroyed in the 1962 fires.

The shearing shed on the corner of maddens lane and the Maroondah Highway is significant as an early twentieth century factory, converted to a shearing shed in the 1940s. The timber shearing shed is of local significance as a local landmark and remaining example of a once common rural structure.