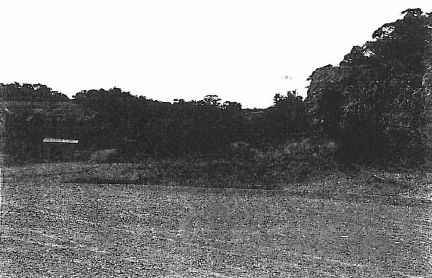 The Werribee Gorge is a natural phenomenon of great beauty and geological interest, which has long been a tourist attraction, source ofwater supply and quarry for road construction stone. The quarry operated from the 1950s until 1975. It was owned by James Crook of the Woolpack Inn from 1854 until 1871.

The gorge is locally of aesthetic significance in revealing its scenic beauty and experience. It is socially significance as a traditional visitor focus and scenic route. It has historical significance also for its association with early gold mining as a pioneering early water supply source, for its association with the important and influential early figures of James Crook and later for the road construction extraction industry. It demonstrate a changing sequence of pattern of use, appreciation and also conservation practice.

It is of scientific cultural significance for its archaeological potential.