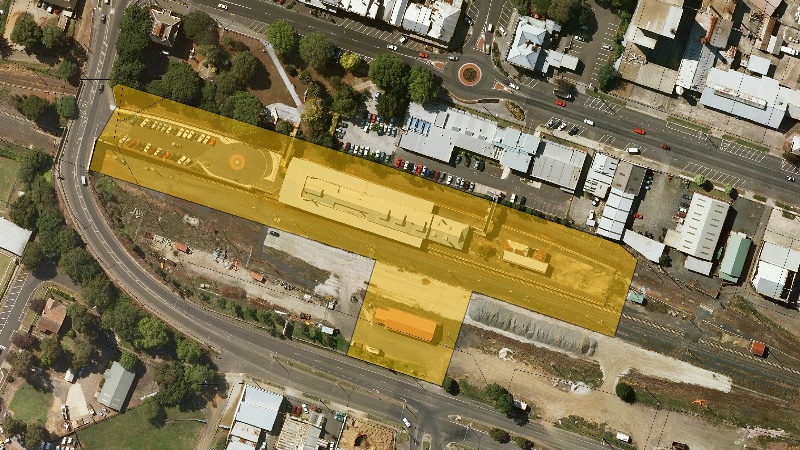 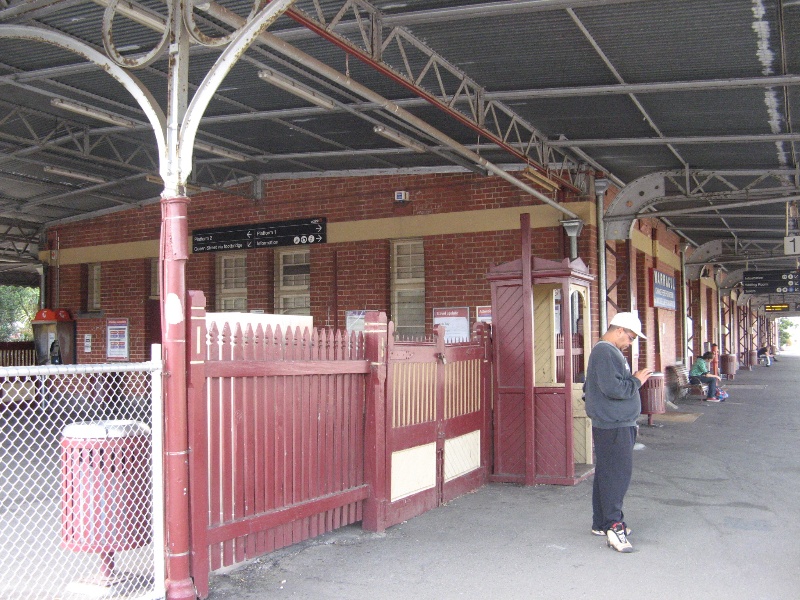 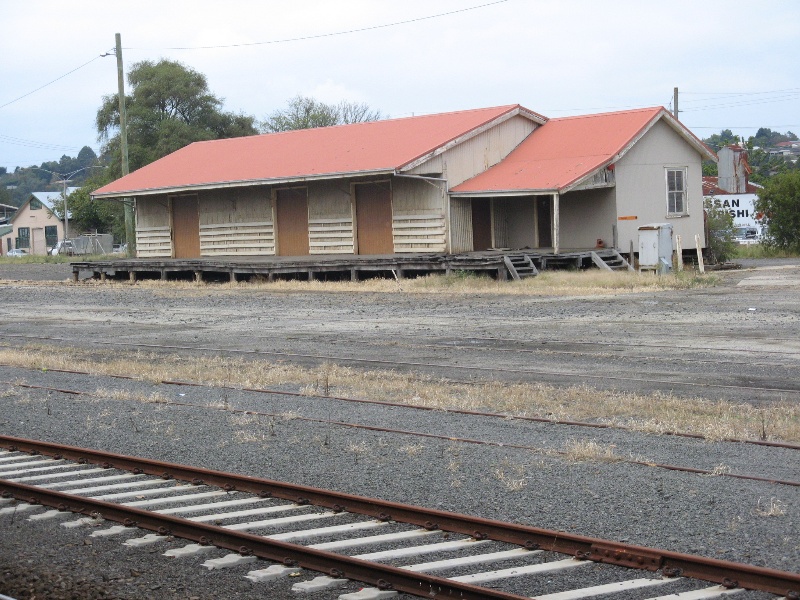 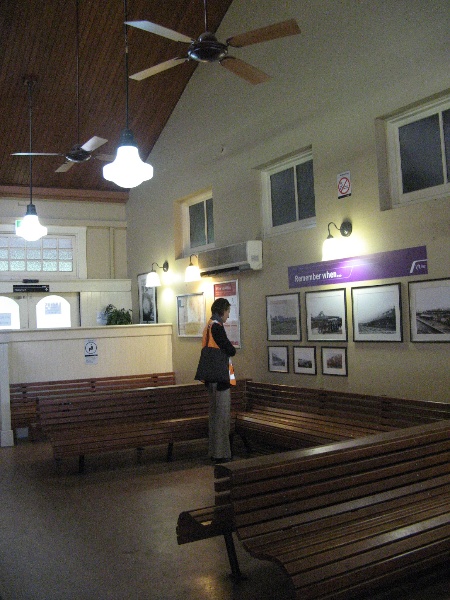 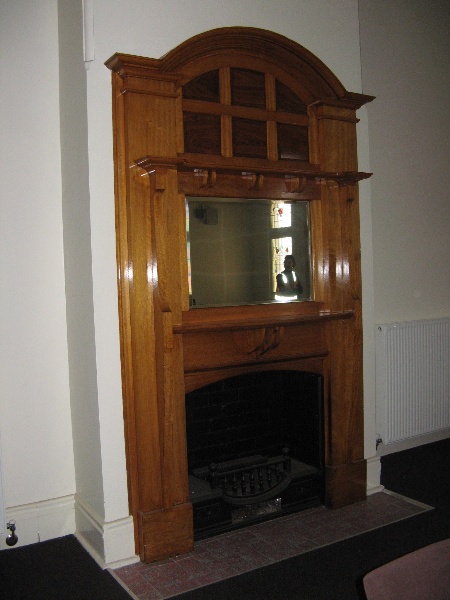 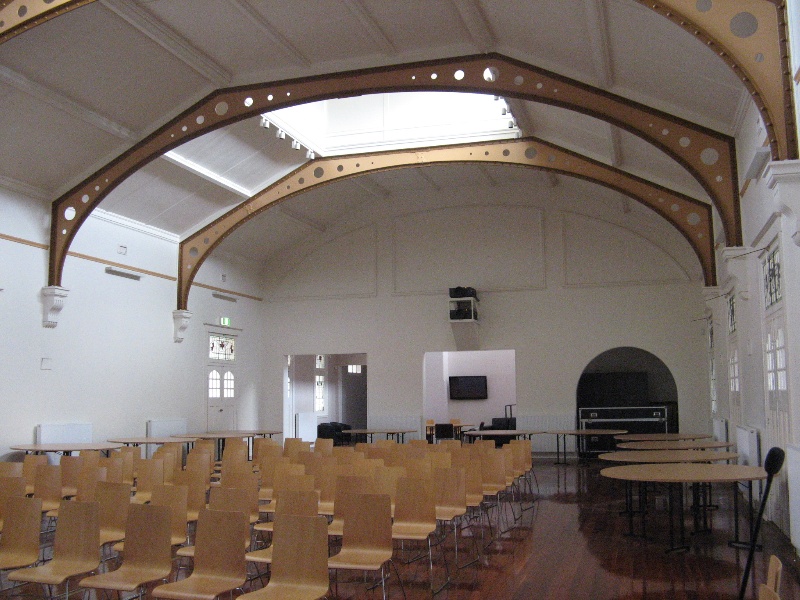 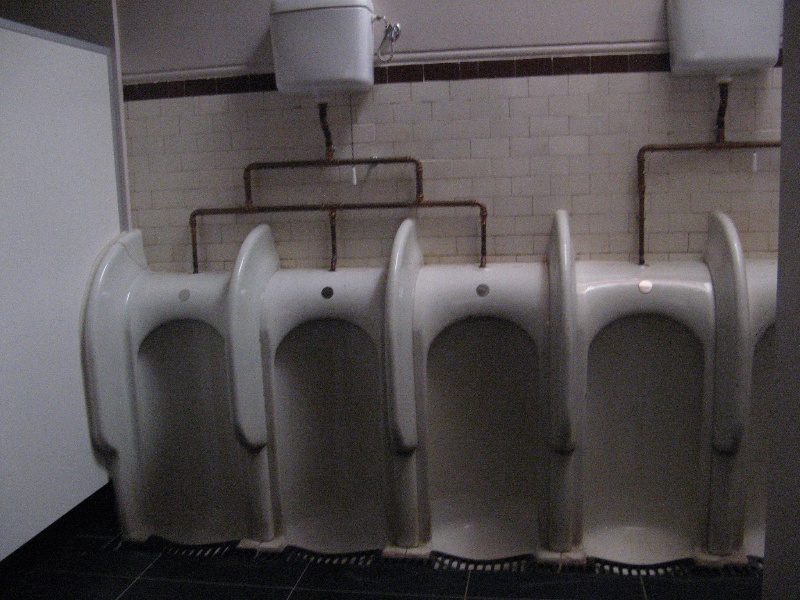 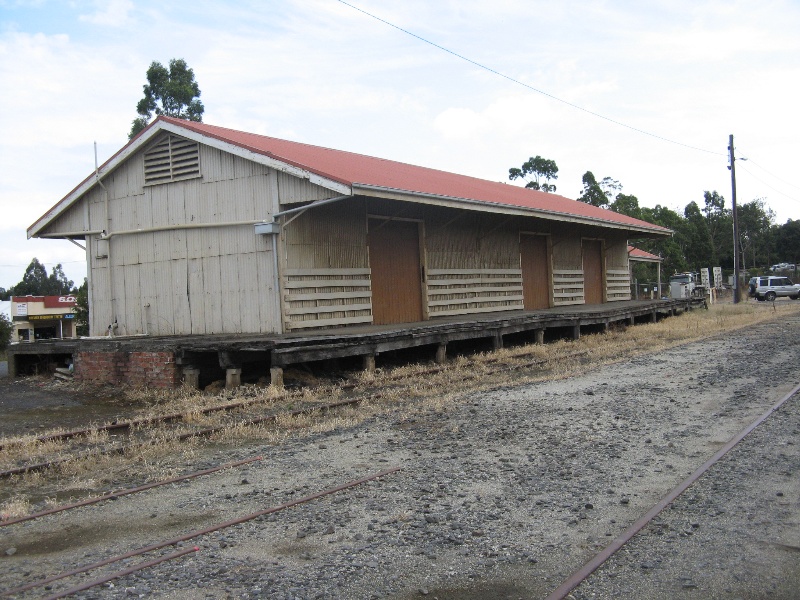 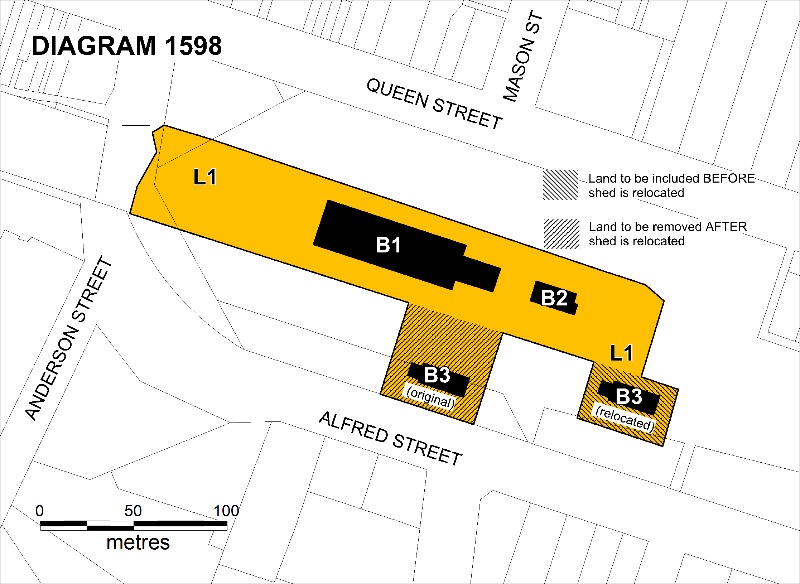 A railway station opened in Warragul in 1878, as part of the Victorian Railways' new line linking Melbourne with Sale. The town grew up around the station, which increased in importance due to its location in an important timber-producing area, and later at the junction of the branch line towards Noojee, which was begun in 1892. The station when it first opened consisted of two small sheds on a siding, but a substantial timber station building was added in the following year (1878-9). Between 1915 and 1916 the old timber station building was rebuilt in brick on a larger scale. It was designed by J W Hardy and constructed by W Gillen, with J H Fraser as Chief Engineer of Works. The type of station building, known as the 'Korong Vale style', was developed to replace inadequate facilities at existing stations at important locations on the network, such as junctions. It was designed for use on an island platform, accessible via a ramp, and included a station master's residence and office, male and female toilets, a separate ladies' waiting room, and a refreshment and dining room with a cellar, a kitchen and associated service rooms. The goods shed was built before 1910, possibly at the same time as the timber station. The brick building east of the station building was constructed after 1915 (and extended in the early 1950s) for use by train crews. The station was important as a regional service depot and in 1960 328 staff were employed there. However its importance began to decline following the electrification of the line from Melbourne to Traralgon in 1954 and the closure of the branch line in 1958, and the depot facilities were removed in 1966. The refreshment rooms closed in 1980 and the eastern end of the station building has since been leased to Gippsland TAFE. In 1987 Warragul became linked to the Melbourne suburban rail network.

The station building is a long single-storey Edwardian Baroque style red brick building with wide cantilevered verandahs over the platforms on each side. At the entrance to the station are the original timber gates and ticket collectors booths. The building is decorated with a curved pediment with a blind oculus vent above the entrance, rendered bands, and the corrugated iron-clad roof has prominent lantern windows and a picturesque form which varies in height along the length of the station. The building is separated into two parts by a breezeway with radiating bands of render around the archways at each end. The west end of the building was occupied by the ticket office and waiting rooms, the east end was formerly occupied by the refreshment facilities and the station master's residence. The western end is now a functioning V/Line station and the remainder is occupied by the Central Gippsland Institute of TAFE. The arched trusses supporting the roof are a prominent feature of the interiors, which also feature lead light windows, original tiling in the ladies' toilets and porcelain urinals in the men's toilets. The crew room to the east of the station building is a single storey brick building with a corrugated iron hipped roof with a flat-roofed brick extension on the south side. The corrugated iron-clad timber-framed goods shed is of a standard Victorian Railways 'N20' design with a late 1960s gable roofed office extension on the west end.

Warragul Railway Station is significant at the State level for the following reasons:

Warragul Railway Station is historically significant as a demonstration of the expansion of the Victorian Railways network in the late nineteenth century, and of the improvements in the services provided in the early twentieth century. The main station building, which included a station master's residence, separate facilities for ladies and gentlemen, and elaborate refreshment facilities, demonstrates the level of accommodation and catering once provided by the Railways Department for its employees and patrons. The scale of the station and goods buildings reflects the anticipated volume of traffic on the Gippsland line in the early twentieth century. (Criterion A)

The Warragul Railway Station building is a fine example of the type known as the 'Korong Vale Style', which was developed to replace inadequate facilities at stations located at important junctions in the state. The station building includes a number of notable features, such as the curved pediment motif above the station entrance (also employed in other departmental designs of the day), the original platform furniture such as the entrance gates and ticket collectors booths, the interior arched metal trusses, the lead light windows, the former refreshment rooms and station master's residence, and the porcelain urinals in the men's toilets. (Criterion D)

Warragul Railway Station is also significant for the following reasons, but not at the State level: