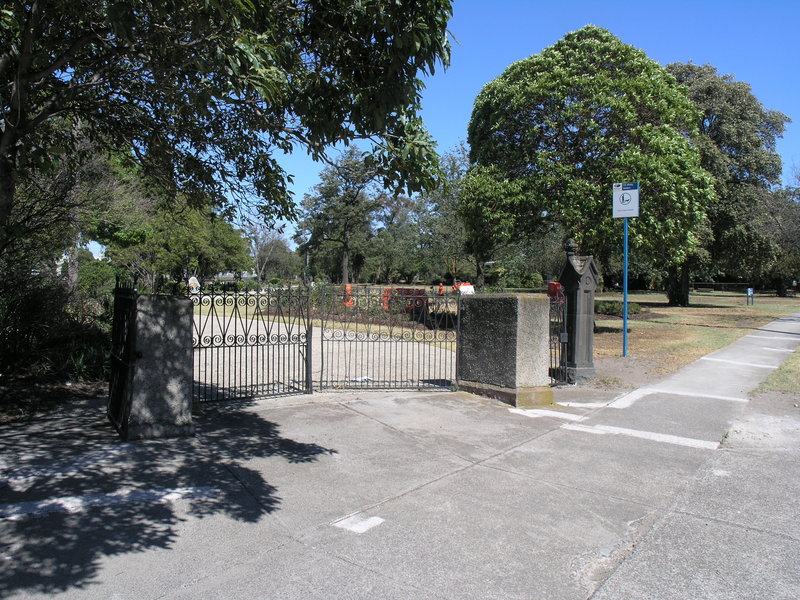 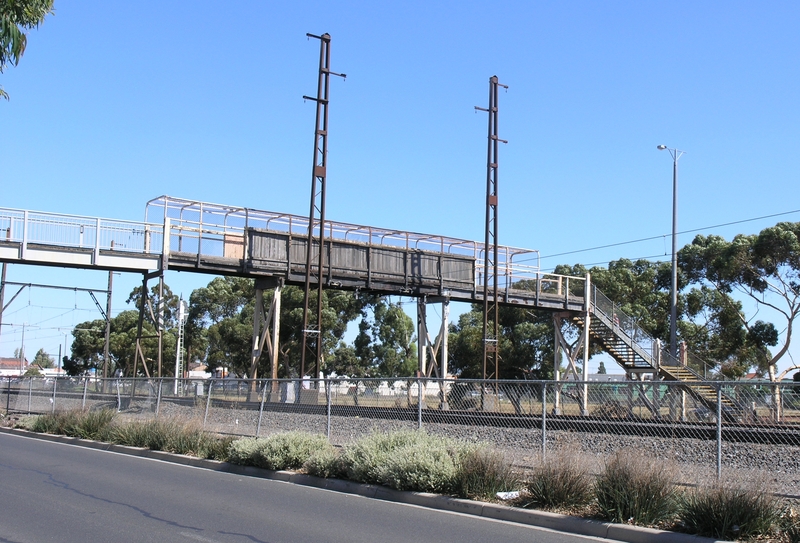 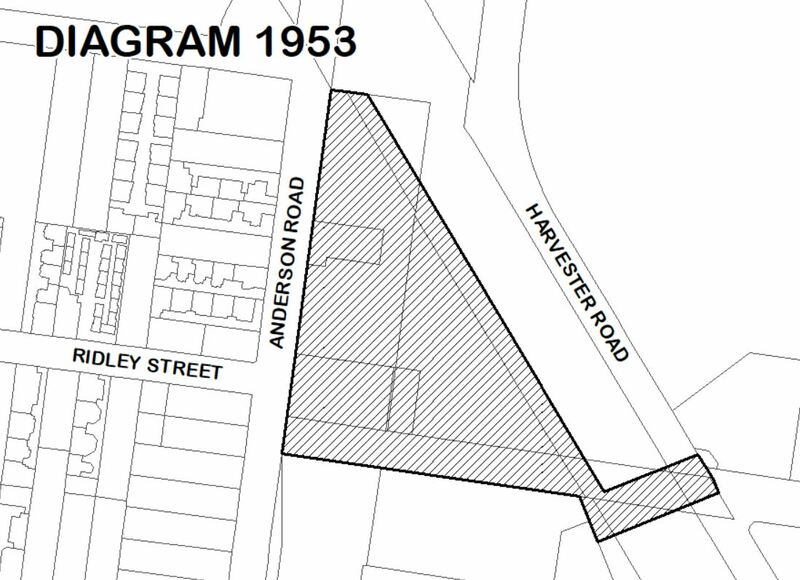 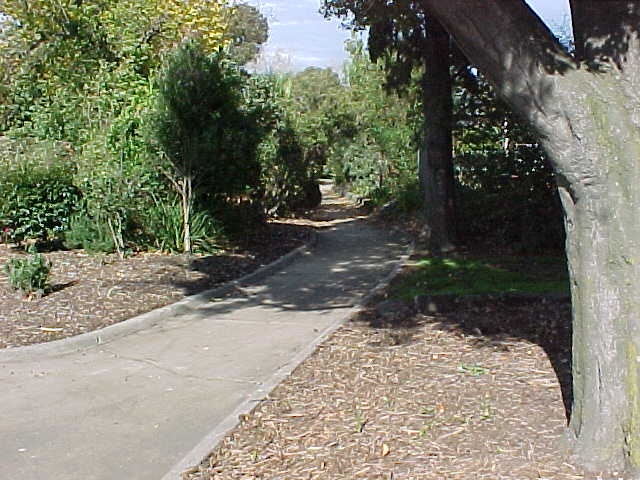 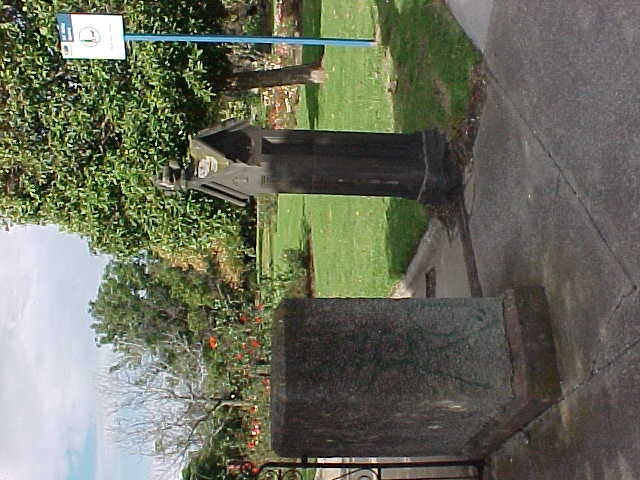 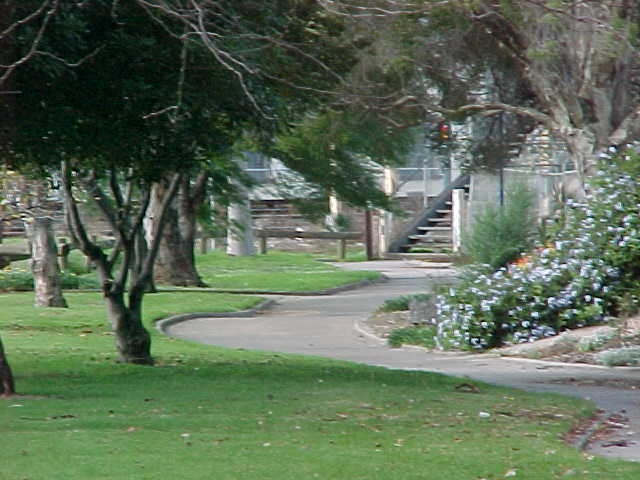 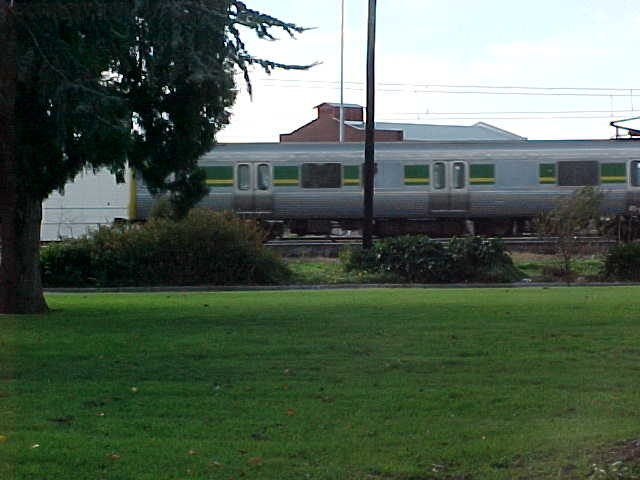 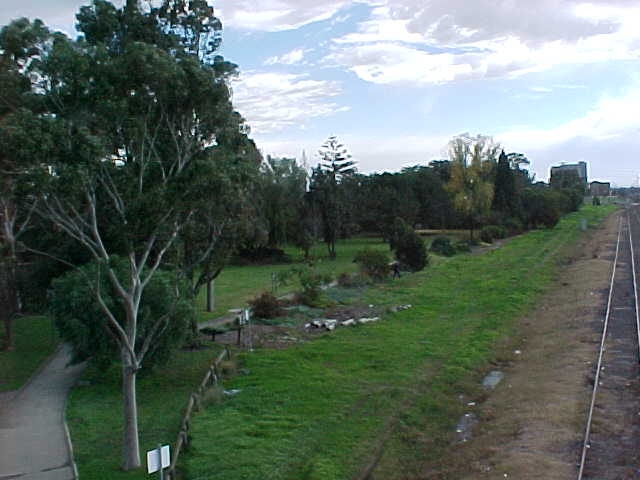 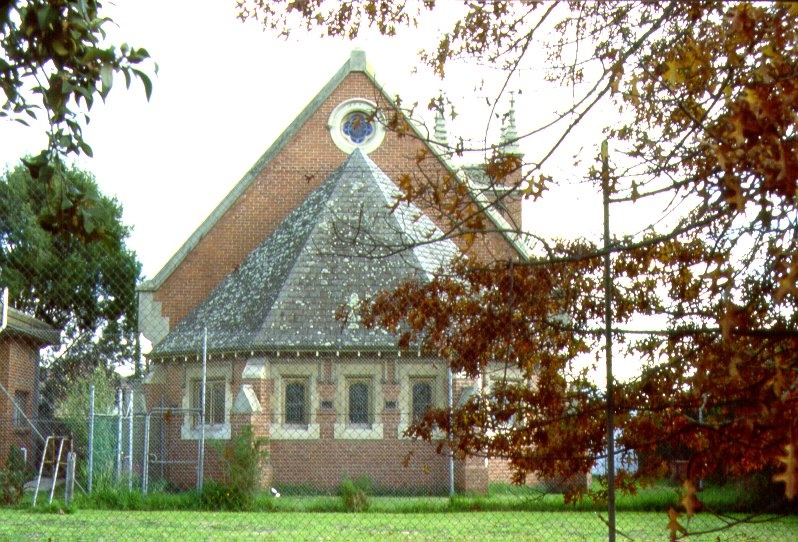 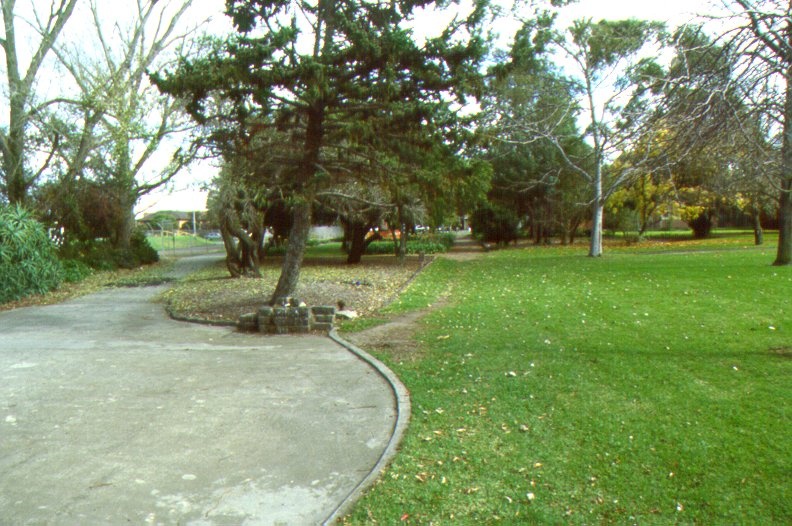 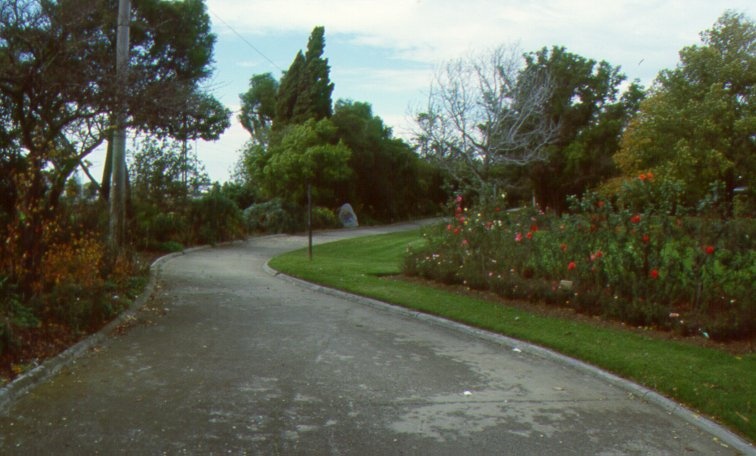 What is significant?
The HV McKay Memorial Gardens and Church, laid out in 1909 to designs by FA Horsfall, a triangular site of approximately three hectares bounded by Anderson Road to the west, Chaplin Reserve to the south and a railway line to the east with sweeping lawns, pathways, specimen trees and a northern entrance featuring iron gates and a bluestone gatepost. It includes the HV McKay Memorial Church, designed by architect Raymond Robinson and completed by 1928; the associated brick pier and pipe fence along the Anderson Street boundary; two Canary date island palms and objects integral to the church, being the pulpit and the ministers chair with memorial plaques to George McKay affixed to both. It also includes a modern railway footbridge, built 2013, which provides direct access between the Gardens and the former Massey Fergusson Complex (also known as ‘Sunshine Harvester Works’), located on the eastern side of the railway line.

How is it significant?
The HV McKay Memorial Gardens and Church is of historical significance to the State of Victoria. It satisfies the following criterion for inclusion in the Victorian Heritage Register:

Why is it significant?
The HV McKay Memorial Gardens and Church are of historical significance as an integral part of an industrial complex of national importance in the history of Australian manufacturing. The HV McKay Memorial Gardens are a key component of the wider industrial complex envisaged by Hugh Victor McKay, which also included the Massey Fergusson Complex factory and offices (also known as ‘Sunshine Harvester Works’), a housing estate and a place of worship. [Criterion A]
The HV McKay Memorial Gardens and Church are also of historical significance as the location of an early and intact privately funded garden attached to an industrial site, catering primarily for the recreation needs of workers, their families and local residents. As one of only a few public gardens in the western suburbs in the early 1900s, these attractive Gardens achieved a high profile and provided a pleasant environment for community use. The Gardens achieved a reputation for horticultural excellence formerly exemplified by annual floral displays. [Criterion A]
The HV McKay Memorial Gardens and Church are significant as a rare and early example of a public garden established and maintained by an industrial firm. The role of the Gardens within the Massey Ferguson Complex can still be appreciated as the fabric of the Gardens is relatively intact and the spatial and visual relationship of the gardens to the factory site, church and housing estate is still readily understood. [Criterion B]
The HV McKay Memorial Gardens and Church are significant to the State of Victoria for their association with Hugh Victor McKay (1865-1926), an inventor and pioneer industrialist of national importance. McKay founded the Sunshine Harvester Works in 1889 which produced the Sunshine Harvester, a machine that revolutionised the wheat industry in Australia. McKay personally commissioned the establishment of the Gardens and donated a section of the land for the foundation of a Presbyterian Church. McKay also requested the construction of a footbridge over the railway line, allowing his employees to easily travel between the factory complex, the Gardens and the ‘Sunshine Estate’ company housing development to the west. [Criterion H]
The HV McKay Memorial Church is significant to the State of Victoria for its association with Hugh Victor McKay. The late Gothic style, red brick and stucco Presbyterian Church is on land donated by McKay and was built to replace an earlier timber Church. HV McKay contributed funds towards the construction of the new Church building and laid the foundation stone in 1926, shortly before his death. The Church was named the HV McKay Memorial Church upon its opening in 1928 in honour of this significant industrialist. Internally, it features a marble tablet and stained-glass window memorialising HV McKay. The pulpit and ministers chair feature commemorative plaques memorialising his brother, George McKay who died in 1927. [Criterion H]