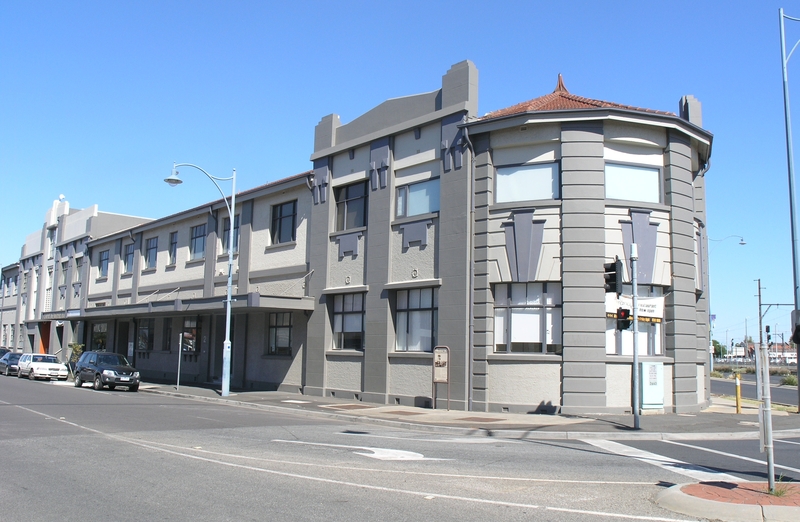 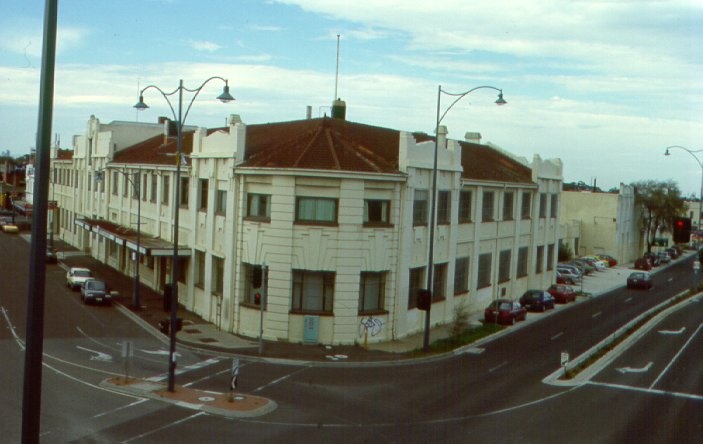 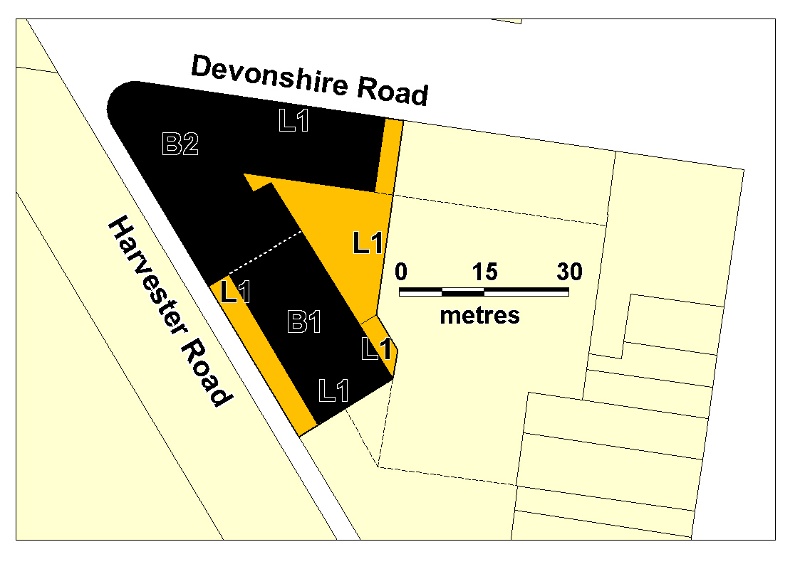 What is significant?
HV McKay purchased the Braybrook Implement Company works, on an advantageous site at the junction of the northern and western rail routes, in 1904. He began to transfer his operations there from Ballarat in 1905 and completed the move in 1907, by which time the works had trebled in size. Braybrook Junction was renamed Sunshine in 1907. At first the office of the company was in the buildings on the north side of Devonshire Road. The new office building on the triangular block to the south of Devonshire Road was constructed facing the railway line in 1909, and the area around this corner became the site of all of the later head office activity for the company. The general pattern of factory building expansion was to the north. Timber framed buildings of similar scale and style to the 1909 office were constructed on either side in 1910-11. The area just to the east was occupied by factory roofed spaces for the spare parts and engineering departments. New factory offices, show rooms and a clocktower were opened on the north side of Devonshire Road in 1921. By 1926, the year HV McKay died, the factory occupied an area of 80 acres. The new Head Office building on the corner was then being designed, and was completed in the same year. The 1909 office now became the printing area, where company publications were produced. The new offices became the focus for the numerous important visitors to the factory, who were commonly photographed outside the main doors. Tour groups were photographed with the corner of the building as a backdrop, and the offices were also a regular backdrop for photos of the various new models of machinery. In 1928 McKay?s original timber slab farm smithy was relocated on the strip of garden facing the railway line.

In 1930, HV McKay, Australia?s biggest manufacturer of farm machinery merged with Massey Harris, the largest farm implement makers in Canada and major international exporters. The directorship remained in McKay family hands. In 1940 the engineering section and the garage buildings behind were revamped to a design by architect Frederick Morsby. The engineering department drawing section was accommodated in a two storey continuation of the east wing of the 1926 building, though with some additional Moderne styling on the section over the vehicular entrance to the courtyard behind the offices. The tall new garage facade to the railway frontage was given similarly derivative detailing.

Massey-Harris amalgamated with Harry Ferguson in 1953, and the McKay family interest was bought out by this company in 1955. The Sunshine factory became a part of the international company Massey-Harris Ferguson. This takeover had a major impact on the McKay family and their staff. The timberwork and furniture of the office building, which was now no longer the head office of the company, was painted over in Massey Ferguson grey. The main centre of tractor and self propelled harvester production was now in England, and Sunshine become the second largest plant in the company?s network. A new administration building with clock tower was constructed across Devonshire Road in 1956. The operation of the works was greatly scaled down in 1971, and much of the factory site was sold in 1986.

The 1909 office building was of single storey masonry construction decorated in an Edwardian Baroque/Arts and Crafts style. The architect is unknown. The 1926 office building was designed in a rusticated classical style by architect J. Raymond Robinson, who also undertook housing designs in Sunshine. The two storey stuccoed masonry building has a gabled Marseille tiled roof with narrow eaves. The straight sections of facade to Devonshire Road and Harvester Road are flanked by stuccoed bays with pilasters and pediment continued above eaves height to form panels that once carried the McKay company name. The corner is turned by three window bays separated by wide rusticated pilasters. Massive rusticated voussoirs jut out over the first floor corner windows. The awning over the main entrance on Devonshire Street was finished with decorative elements in keeping with the facade. The entrance hall is gained by a narrow and deeply inset timber panelled revolving door, which leads to a two-storey space with surrounding timber-panelled staircase. At first floor level the corner section of the building contains executive offices and the timber panelled boardroom with its commanding view over the factory and railway lines and sidings.

How is it significant?
The McKay Offices at Sunshine are of historical and architectural significance to the State of Victoria.

Why is it significant?
The McKay Offices at Sunshine are of historical significance for their association with the activities of Hugh Victor McKay (1865-1926) and of the McKay family enterprise. McKay was famous for producing, manufacturing and exporting on a large scale one of Australia's best known pieces of agricultural machinery, the "Sunshine" harvester. McKay became one of Australia's foremost industrial entrepreneurs, a leader in the fight for tariff protection, and the head of the Chamber of Manufacturers. The buildings became the most public face of the McKay firm and the later companies.

The McKay Offices at Sunshine are of historical significance as one of the very few surviving elements of the McKay ? Massey Ferguson factory complex, which was one of Australia's largest and most active industrial plants and employers of labour, and which made a major contribution to community life in Melbourne's western suburbs. The office building entrance faces the gates which once opened onto Russell Street, and now forms part of a precinct of structures relating to the various aspects and phases of the McKay enterprise, including the Russel Street gates, the 1956 clock tower, the railway footbridge and the H V McKay Memorial Gardens.

The McKay Offices at Sunshine are of architectural significance as early twentieth century examples of the building type of administration/office buildings associated with large industrial works.