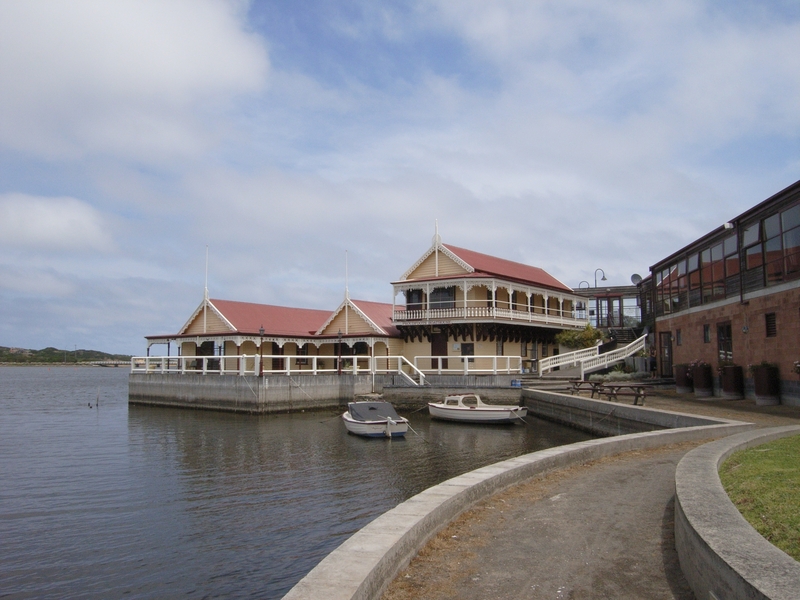 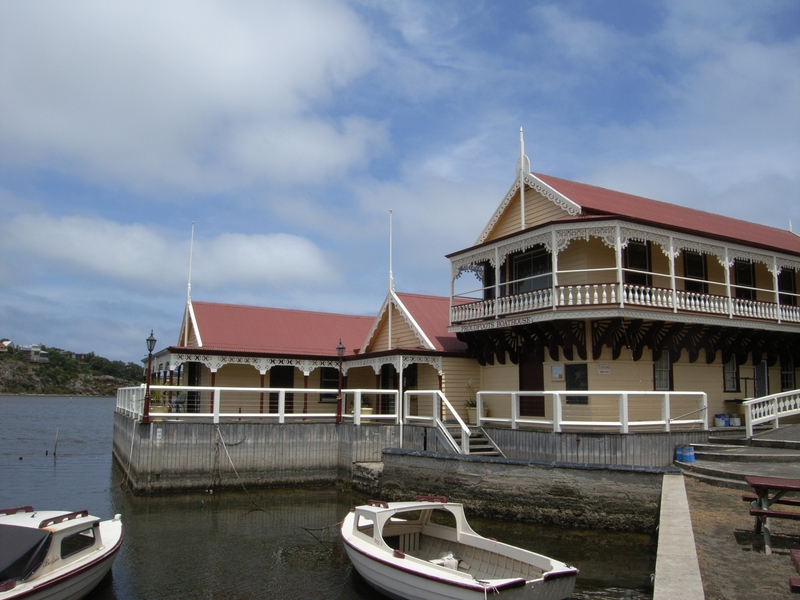 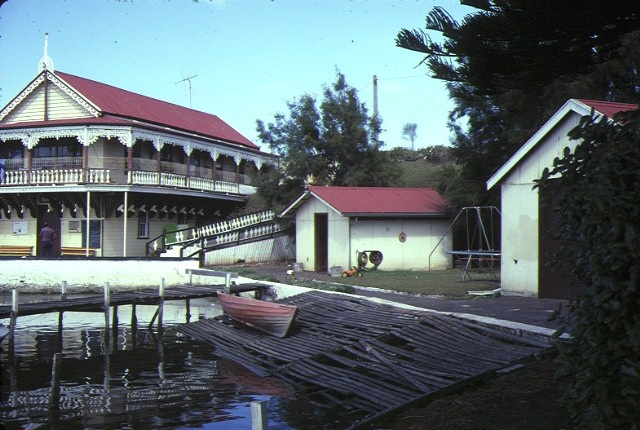 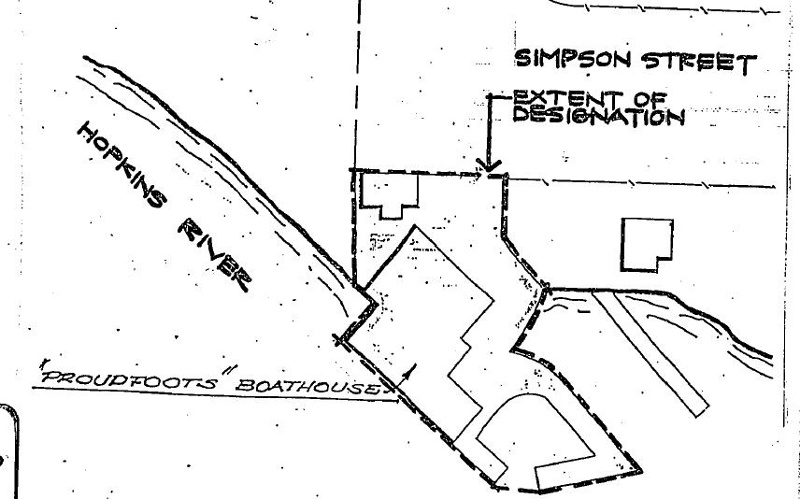 Proudfoot's Boathouse on the Hopkins River near Warrnambool is an outstanding example of a late-19th century boathouse complex with associated residence and jetties. Thomas Proudfoot first applied for a jetty licence in 1885 with a view to establishing a boating business on the Hopkins River. The early single storey sections are thought to date from this period. The two storey second stage probably dates from 1893 when additions were constructed. The entire complex was designed and built by Proudfoot himself. The business remained in the Proudfoot family until 1979. The buildings were modified in the 1990s in the process of creating a sporting club on the site.

Proudfoot's Boathouse is of architectural, historical and social significance to the State of

Proudfoot's Boathouse is of architectural significance as perhaps the finest example of a 19th century boathouse in Victoria. Although recent modifications have reduced the intactness of the buildings, many original features remain. The beautifully ornamented buildings still provide an attractive instance of 19th century leisure facility architecture.

Proudfoot's Boathouse is of historical significance as an example of late-Victorian recreational and tourist facilities. Boathouses were popular 19th century tourist and recreational attractions, providing refined and healthy activity. This boathouse shows the early realisation of the tourism and leisure potential of seaside towns such as Warrnambool, a potential that has become increasingly important as port uses have ceased and other industries have been subjected to financial pressure.

Proudfoot's Boathouse is of social significance because it illustrates the continuity of the attraction of this kind of leisure facility. Although the glory days of the boathouse were in the 19th century, those that survive continue to be well patronised. Proudfoot's Boathouse has been an important recreational facility and attraction for tourists flocking to the Hopkins River, one of the State's most popular boating and fishing resorts, since 1885.