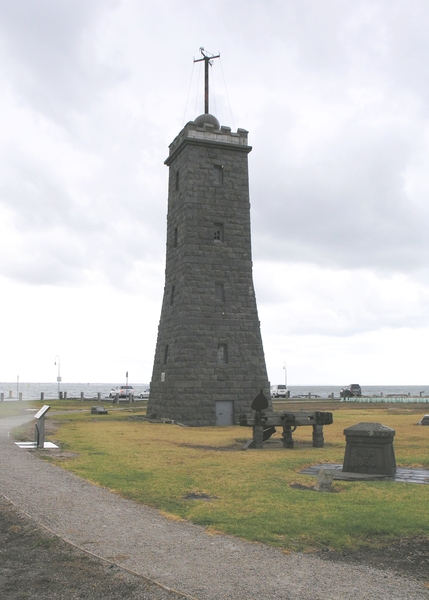 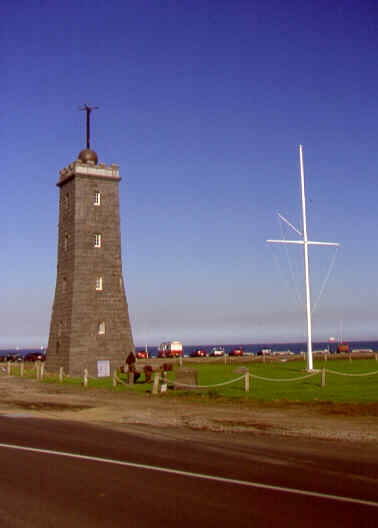 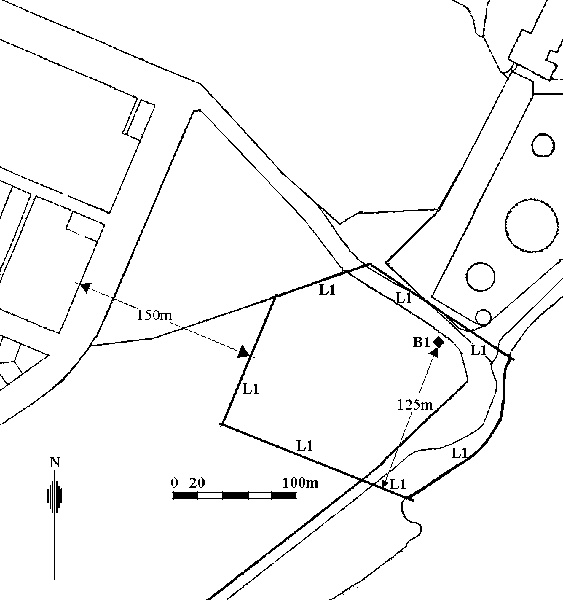 What is significant?
Williamstown was the first deep-water port for Melbourne, with ships anchoring off shore in the shelter of Point Gellibrand. A broad swathe of Point Gellibrand was set aside in 1837 as a reserve for Government purposes. A "skeleton timber framed" lighthouse on a stone foundation was erected in a prominent position on the Point in 1839. In 1840 a flagstaff was erected just to the west which could be sighted from Flagstaff Hill in Melbourne and signalled shipping movements. Little else happened in this part of reserve in the 1840s. In the 1850s the Point remained a essentially a service area and government offices were located in the town of Williamstown.

The building of a new square bluestone lighthouse tower, with accompanying timber keepers quarters, ushered in a period of intense government activities around the lighthouse in the 1850s, largely because of its convenient geography.

Convict hulks were chosen as a means of accommodating the large influx of prisoners during the gold rushes, and Point Gellibrand was chosen as a suitable mooring site which was also isolated from Melbourne. A stone convict jetty was built next to the lighthouse c1852 to service the hulks that were moored just offshore. Convict working parties from the hulks were involved in quarrying, road building and defensive works around the Point until the 1870s.

The first Government Astronomical Observatory operated from the vicinity of the Tower from 1853, after lobbying by local resident Robert Ellery who was appointed as the first Government Astronomer. The observatory?s primary function was the accurate measurement of local time, and the site was chosen for suitable viewing conditions away from the light, dust and smoke of Melbourne. Accurate local time measurement was essential for navigation and was broadcast to Melbourne and to ships on the bay, by means of the dropping of a time ball. The first telegraph line in Australia was installed between Melbourne and a station under the flagstaff in 1854. One of its main functions was to transmit the time signal to (and later from) Melbourne more reliably. The time ball was moved to the tower of the new telegraph office in Morris Street Williamstown from 1855, until the lighthouse was converted to take a time ball apparatus in 1861, where it operated until 1926.

Authorities were concerned about the vulnerability of Melbourne to raiding warships during the gold rushes. In 1855 a shore defense battery was built on an arc of land reclaimed to the south east of the Lighthouse (later Time Ball Tower). The semicircular redoubt housed nine guns, with a magazine halfway back to the lighthouse. This battery , and another of six guns at Sandridge, were the only shore defenses up until the early 1860s. With the acceptance in 1861 of the pland of Royal Engineers Captain Scratchley for defence of Hobsons Bay, this battery became known as the ?left? battery, being one of four batteries at Point Gellibrand. These were upgraded with the use of convict labour in 1871. The range of available guns rapidly improved and it became possible to defend Port Phillip from shore defenses at the Heads. By the end of the 1870s, only the Fort Gellibrand batteries were maintained, and the Lighthouse Battery was dismantled in the 1880s or 1890s. The current carpark covers the approximate area of the battery.

The Melbourne Williamstown Railway came into operation in 1859. The Government Railway Workshops were built from 1857 between Williamstown and the Railway (Gellibrand) and Breakwater Piers. The Workshops dominated land use in the area from the end of the 1850s until the new Workshops at Newport were opened in 1889. The area was then utilised as part of a larger railway goods yard serving the Gellibrand and Breakwater Piers, with large goods sheds occupying positions immediately adjacent to the Time Ball Tower.

The Tower was extended up to 30m overall height with a round masonry shaft and turned back into a lighthouse in the 1930s, operating as a light until 1986. The extension was subsequently removed. The Time Ball Tower is now the only artefact remaining above ground. The existing time ball apparatus on the Tower is a reconstruction.


How is it significant?
The Time Ball Tower and precinct is of historical, scientific and technical importance to the State of Victoria

The Time Ball Tower and precinct is important for its association with technical and scientific achievement and innovation. The Time Ball Tower precinct hosted a number of the colony's first technical installations devoted to accurate measurement of various kinds. It was the site of Melbourne?s first astronomical observatory which had an important technical function in establishing accurate local time which was essential for navigational purposes. It was also the site of a station of the first telegraph line in the Colony which was connected to Melbourne and was used to transmit time signals.