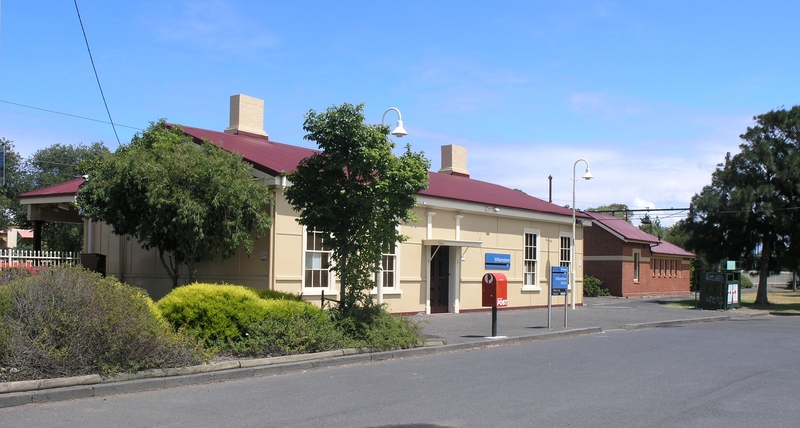 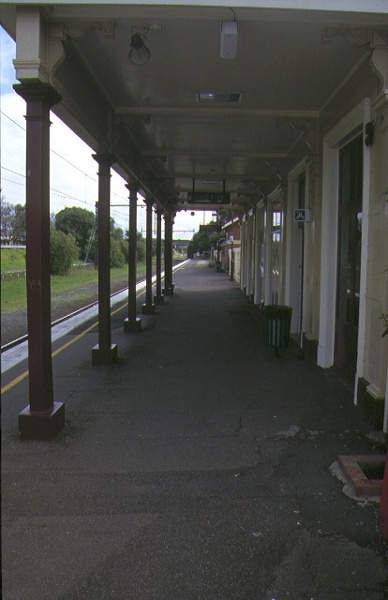 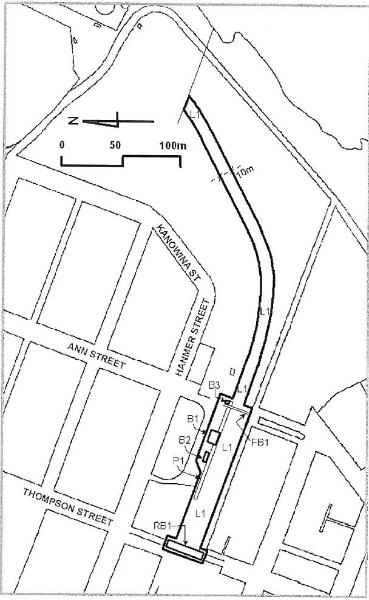 The Melbourne Mount Alexander and Murray River Railway Company was formed in 1853 to provide a rail link to port facilities at Williamstown as well as the line north to Echuca, within seven years. The Government took over the faltering project in 1856. An extensive cutting through basalt was required from Newport to Point Gellibrand and arched bluestone road bridges were built over the cutting at Thompson and Cole Streets. A single temporary line led to the pier by 1857, accompanied by the first of three Pier stations. The Railway pier at Point Gellibrand, (VHR1088) which was the terminus of the line, was completed in 1858. By the time of the official opening in 1859 two tracks led past the completed Williamstown Station through the railway workshops and on to the pier. The alignment of these tracks remained amongst a plethora of other lines serving the railway workshops until 1889, and the piers and railway yards until well into the twentieth century.

Builders Kerr, Hodgson and Billings commenced work on the timber Williamstown Station building in 1858. The central section of the station building, which corresponds to the existing building, originally accommodated the lobby, booking, waiting rooms, office and other service rooms. This central bay was flanked by two pavilions with gables facing the street, containing on one side the stationmaster?s residence and on the other refreshment rooms. An ornate timber and iron verandah lined the street side of the station and abutted the side pavilions, while on the rail side the original platform canopy extended along the platform either side of the station. Other timber buildings abutted the station and extended along the bluestone walled and partially stone flagged platform. The verandah, side pavilions and old outbuildings have all gone. A brick toilet block was added in the early twentieth century, and an old timber and iron shed, possibly a lamp room, abuts the foot bridge.

The strap-work truss and timber Ann Street footbridge with cast iron step stringers and columns was installed c1883. A siding, signal box, weighbridge and cabin of later provenance which were located opposite the station, are no longer extant. When the line was electrified in 1916 the Thompson Street road bridge arch was removed and replaced with two composite steel and concrete spans to allow for extra clearance and more lines. The Ann Street footbridge was raised at the same time and has been considerably altered since. The station is still in use but is now the terminus of the line.

The Williamstown Railway Station Precinct is historically significant as the only substantially intact station precinct remaining from the original construction period of the Williamstown line. The Williamstown line was the first Government railway line to be opened in the State. It was a vital early link from Melbourne to the major port facilities, the defensive installations, railway workshops and other government activities at Point Gellibrand, and to the town of Williamstown. The original fabric at the Williamstown Railway Station precinct includes part of the station building and platform canopy, the platform, the abutments of the Thompson Street Bridge, rail alignments and cutting. The station continues in its original use.

The land corridor which once contained the original lines between the Williamstown Railway Station Precinct and the Gellibrand Pier and Time Ball Tower is historically significant as a tangible visual and physical reminder of the important historical link between the Williamstown line and the railway workshop, railway yard and port activities carried out at Point Gellibrand. Most of the physical evidence of the railway workshop and railway yards which formerly occupied this area, and which would otherwise demonstrate this connection, has now been removed.

The Williamstown Railway Station building is of architectural significance as the second oldest railway station in Victoria to survive relatively intact, after the masonry St Kilda Station of 1857.The Williamstown Railway Station building is the oldest timber railway station building to survive in the State. The station building is also one of the one of the earliest surviving timber public buildings in Victoria. The station building possesses an unusual attached hipped-roof platform canopy, which retains much of its original classically inspired detailing. The Thompson Street Road Bridge was also part of the initial works on the line, and the bluestone construction of the abutments is indicative of the stone quarrying industry already established at Point Gellibrand at that time.

The Ann Street foot bridge is of historical significance as an indicator of the ongoing importance of the station and of the need for more convenient pedestrian access over the busy lines.