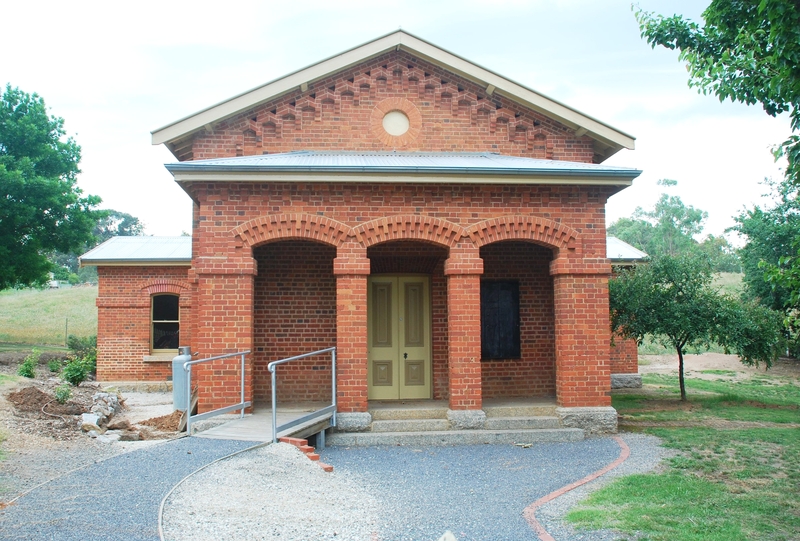 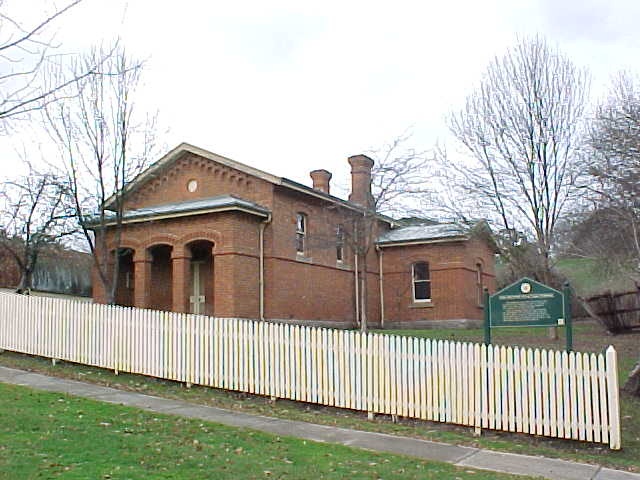 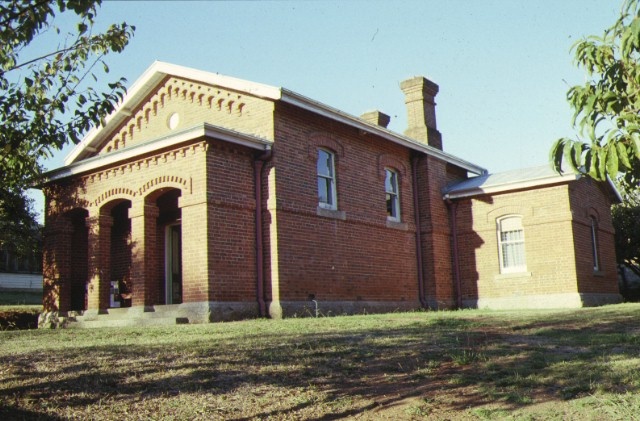 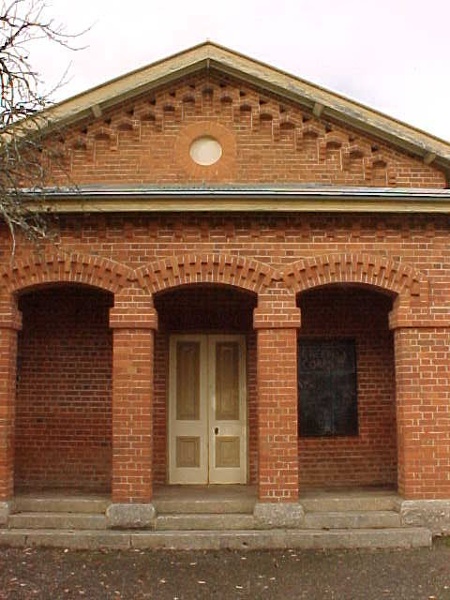 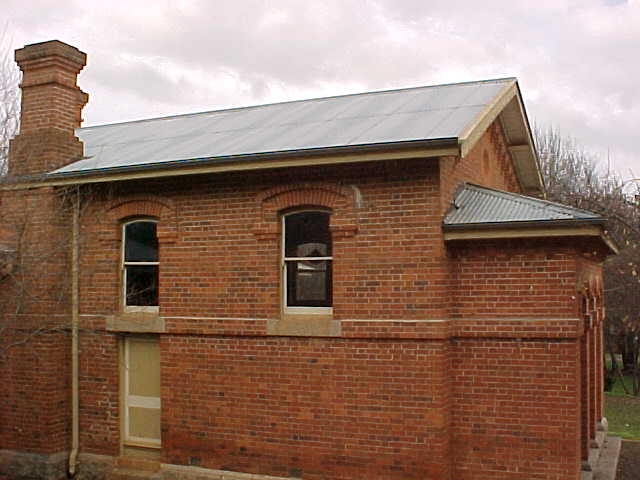 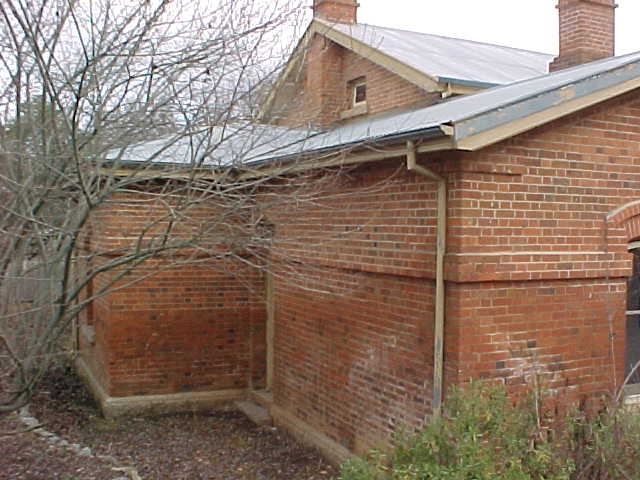 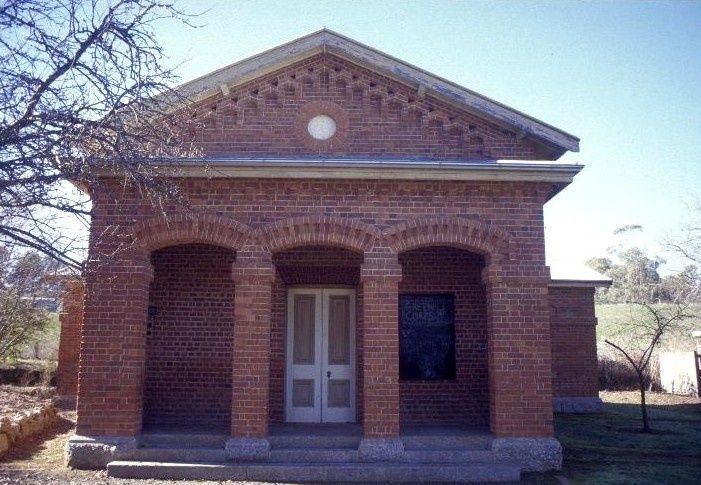 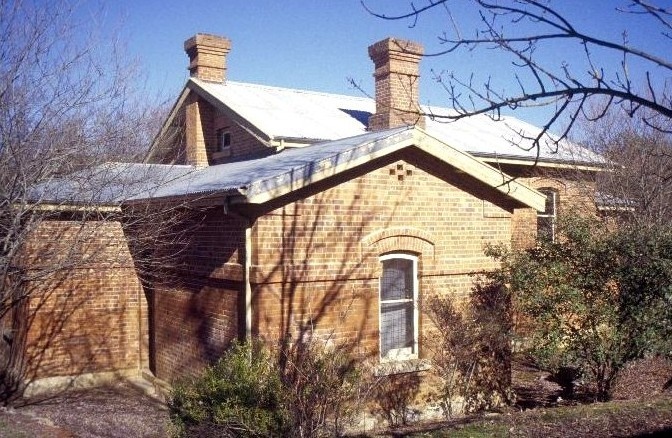 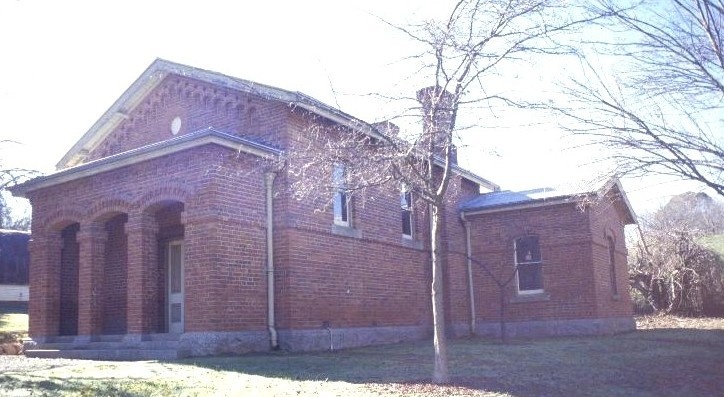 What is significant?
The court house at Yackandandah was built in 1864 as both a mining and magistrate’s court. Gold was discovered at Beechworth and Yackandandah in 1852 and the immediate influx of miners to the region resulted in the development of these towns. By the time Yackandandah was surveyed in 1856, it had already established itself as a significant settlement, developing in parallel with nearby Beechworth.

Designed by Gustav Joachimi of the Public Works Department in a conservative classical style, the single storey brick structure with corrugated iron roof, is set on a granite base. The building comprises a simple gable court room with three main rooms situated at the rear and a hipped brick porch at the front. Both the porch and window openings incorporate segmental arches. Distinctive local bricks are used to produce detailing such as corbelling to the main roof gable, dentils around the entrance arches and extrados mouldings.

How is it significant?
The Yackandandah Court House is of architectural and historical significance to the State of Victoria.

Why is it significant?
The Yackandandah Court House is of architectural significance as an individual and intact example of a type of regional court house, designed by the Public Works Department in the mid-1860s. Fine brick detailing creates a distinctive example of nineteenth century conservative classicism.

The Yackandandah Court House is of historical significance for its association with the gold rush period and the subsequent development of the colony. It is one of very few surviving courts which were designed as both a mining and magistrates court.