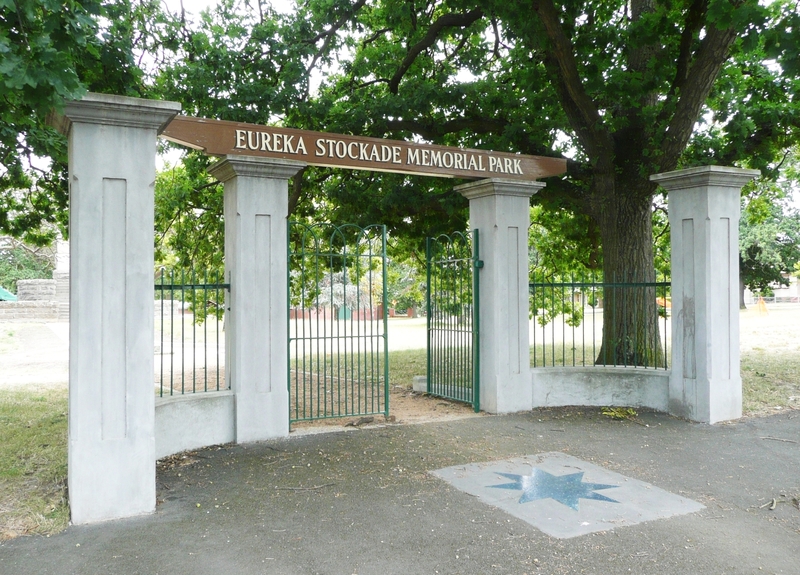 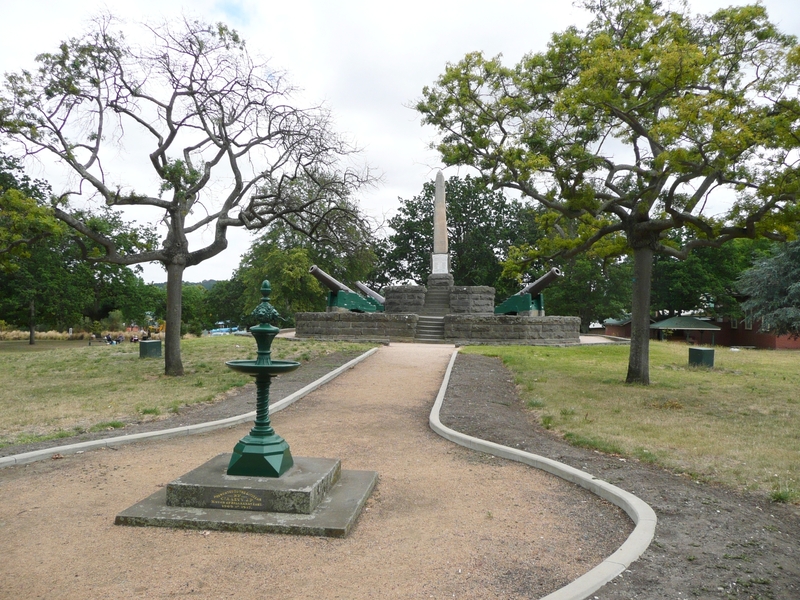 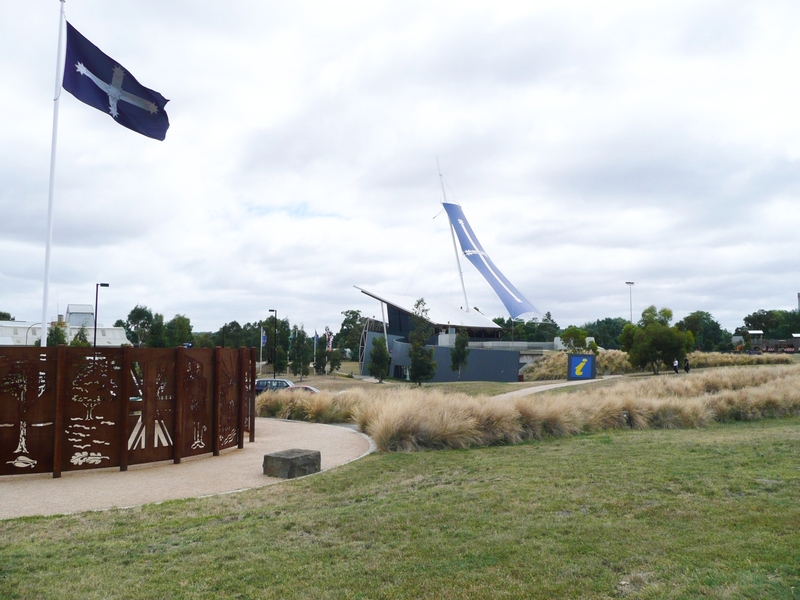 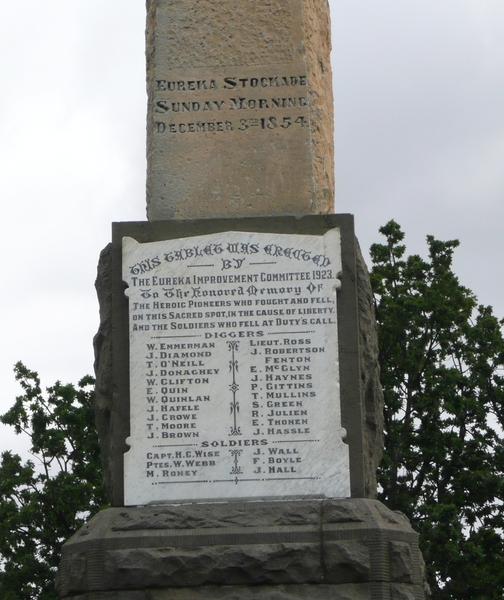 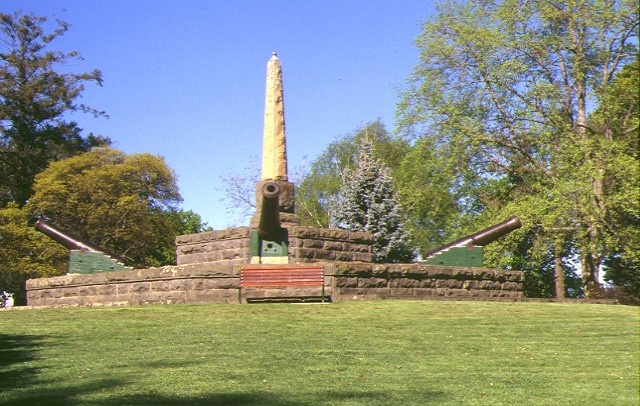 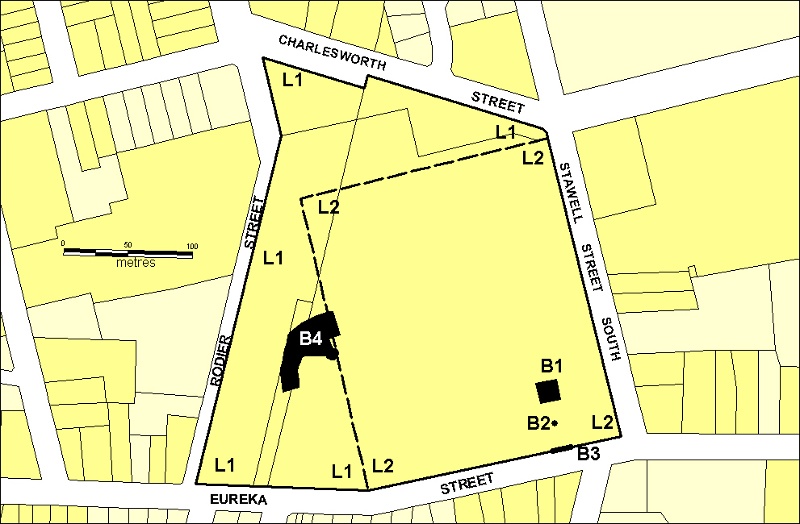 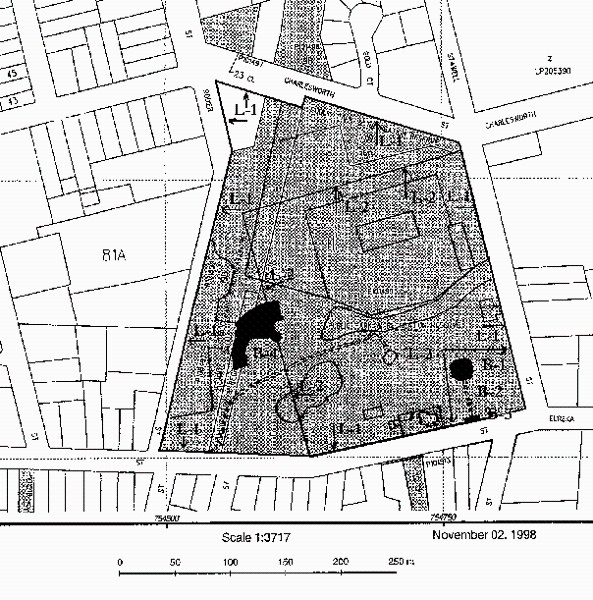 What is significant?
The Eureka rebellion was a brief demonstration of armed conflict against injustice, its events have a special association with the Australian community and have been bestowed with tremendous emotional value. Factors leading to the rebellion included the hated gold digging licence fee and the unjust administration system used by the Colonial Government to control the goldfield population.

The Eureka rebellion is a defining and shaping event in the nation?s history. Its shock waves had a great impact on the society of the day helping to carry and sustain drives for constitutional reform, such as manhood suffrage and vote by secret ballot. Eureka was also directly responsible for a government policy shift on the land question, making it easier for ordinary working class people to acquire land for farming and other purposes. Importantly for the development of an Australian character, the uprising quickly took on heroic and legendary status and is now the Australian symbol for people striving for a ?fair go?.

After the rebellion, the Eureka battlefield returned to its ?normal? use: gold mining and habitation. A significant and enduring issue in respect to the place post-battle has been the identification of the exact location of the Stockade. The first official attempt to do so occurred in 1869 when the Town Clerk of the Ballarat East Town Council identified an area of 12 acres and 2 roods. Originally called the Eureka Street Stockade Reserve, the land was described by Henry Morres in 1870 as containing the greater portion if not the whole of the stockade.

The Eureka Street Stockade Reserve (officially gazetted as the Eureka Park and Gardens in 1885 and now known as Eureka Stockade Reserve) developed gradually. The Reserve?s main development period was from 1912 to 1964. This involved the extension of the boundaries of the Reserve and physical developments such as a rotunda, two lakes, a nursery, tree plantings, formal gardens and paths, drinking fountain, small and large halls, memorial gates, Lake Elsworth Swimming Pool, and a Caravan Park. Today the Reserve bears little resemblance to its original character.

The most notable attempt to locate the exact site of the Stockade was in 1884 when a commemorative monument was proposed for the reserve. Several hundred old timers gathered at Eureka Street on 26 June 1884 and after heated debate they agreed to disagree and voted on a site in the south east corner of the reserve. The monument began its life as ?an octogard body of bluestone ashlar work in two tiers? with four 64-pounder guns: later a twenty-foot tall stone plinth was added.

Academic endeavours over the last thirty years have so far placed the likely location of the stockade within the blocks bounded by Belford, George, Charlesworth, Stawell and Eureka streets. Some have championed the bipartisan spot selected in 1884; others have put the Stockade varying distance to the west of the monument. Factors cited as working against any resolution are the contradictory historical accounts of the battle, the physical transformation of the topography since 1854 and the ephemeral nature of the Stockade (the possibility of any sub-surface features surviving is low).

How is it significant?
The Eureka Historic Precinct is of historical, cultural and archaeological significance to the State of Victoria.

Why is it significant?
The Eureka Historic Precinct is of outstanding historical significance because of its association with the Eureka stockade, the battleground, and an event that is part of our national experience. The bulk of the land comprising the precinct was set aside as a reserve only 16 years after the battle because it was considered to contain the greater portion, if not the whole, of the stockade. Since then it has been a place to reflect on the events and their consequences.

The Eureka Historic Precinct is arguably one of the most culturally meaningful sites in the nation. The Eureka rebellion holds an unparalleled position in the nation?s history and is ingrained in Australia?s cultural fabric. The legend of Eureka has also been immortalised in poetry, prose, film and painting. The ?Eureka spirit? is commonly invoked as a synonym for democracy, Australian-style, with the Eureka (or Southern Cross) flag as the symbol of that spirit. The land, any potential archaeological deposits and relics and all commemorative elements that facilitate quiet reflection or trigger the imagination are all crucial to the significance to the place. The prime above ground elements are the Eureka Monument, Drinking Fountain, Memorial Gates, and Eureka Interpretive Centre.

The Eureka Stockade Monument is of historical significance because it has been recognised as a memorial to the Eureka Stockade since 1884. The site was selected through a bipartisan community vote. The monument?s significance is enhanced by it being one of the earliest substantial commemorative structures erected in Victoria and for being a focal point for anniversaries, ceremonies and protests up to the present day.

The Eureka Historic Precinct has very important archaeological significance due to the possibility of buried deposits or artefacts associated with the battle and the people who took part. The early reservation of the land as a park has protected it from urban development. Crucial to the sub-surface significance is the course of the Eureka Lead itself, which gave shape to mining activity and settlement in the vicinity and which is a key pointer to the battle scene.