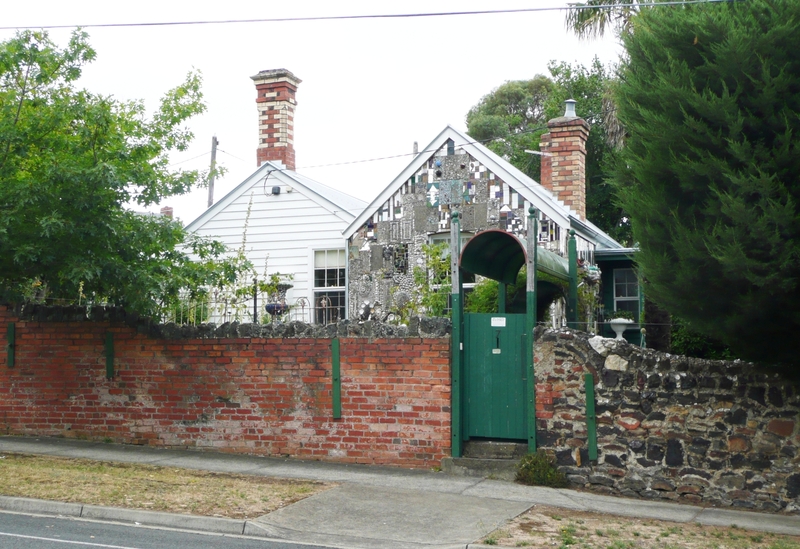 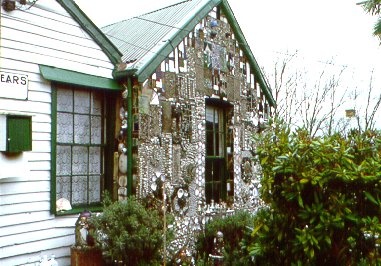 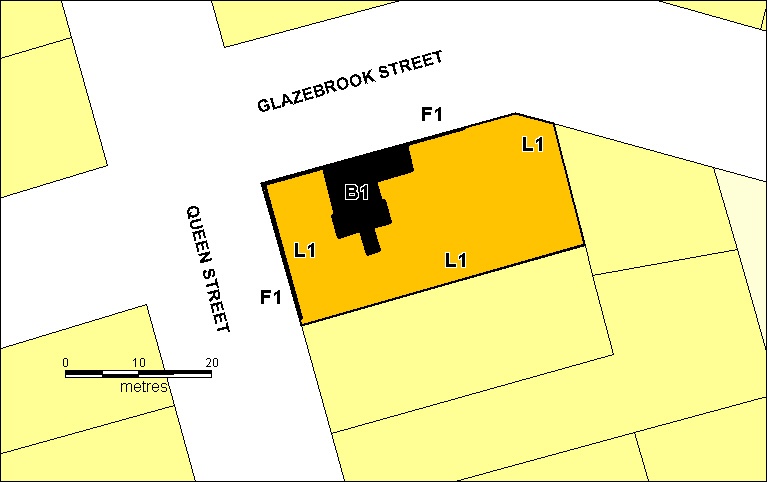 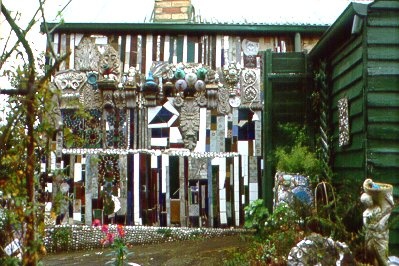 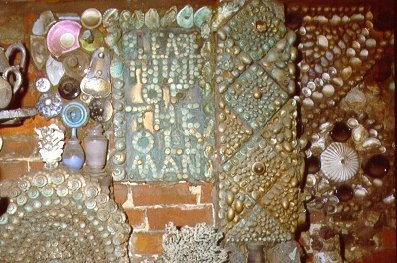 Construction of the house later known as the Old Curiosity Shop commenced about 1863, the year bricklayer, James Warwick obtained a miner's right for a residential block on the edge of the exhausted Eureka diggings in the newly proclaimed municipality of Ballarat East. James built a modest 4-roomed timber and brick house for his expanding family and continued in the bricklaying trade until retiring around the early 1880s. By then he was pursuing his gardening interests in the local Horticultural Society and was supervising the gardens of many East Ballarat residents. It was during these years that his gardening and building interests converged to find expression in the marvellous permutations of decoration that extend over the house and garden. Using cast-off crockery, glass, ceramic figurine and mirror shards, shells, wallpaper samples, architectural ornament and slag, a place was found for all manner of things, large and small. Children would bring broken china dolls and bits of crockery, and the patient mosaic work preoccupied James and his wife Caroline for the rest of their lives. The work has its origins in the grottoes and shellhouses that ornamented the gardens of large English estates from the 1730s. In the few years before James' death in 1898, the house had become known as the 'Old Curiosity Shop', inspiring associations with the Charles Dickens novel of the same name. By then professional photographs had also been taken and thousands of tourists were visiting it yearly. Caroline obtained copyright for 2 of the photos and began issuing her own postcards before she died in 1903. The Shop passed to their son Charles and then to a succession of owners who added their own mythology to the story of the Warwicks and their work. After attracting tourists for more than 100 years, the Shop closed to the public in 1999.

The Old Curiosity Shop is of aesthetic, historical and architectural significance to the State of Victoria.

The Old Curiosity Shop is important for its exceptional aesthetic characteristics and rich, diverse and unusual integration of decorative features. Created outside the aesthetic norms of the period, the embellishments in their marvellous permutations conjure a fantasy world, a special environment that was home and sanctum for its elderly owner-makers and a source of wonder to its many visitors. It is unique in Victoria, if not Australia as a late nineteenth century example of the unusual medium of shell and shardwork. The imaginative arrangements are similarly unique, with mosaic patterns of shell, crockery, glass as well as small everyday objects and architectural ornament embellishing the house, fence, paths, garden and grotto. The ornament is historically important as an index to a myriad of everyday domestic things used and discarded by a late nineteenth century community. The wallpaper samples inside the house comprise an important catalogue of late Victorian popular styles that extend our knowledge on the detail of interiors of the period.

The Old Curiosity Shop has further historical importance as an early house museum, a privately-run tourist enterprise that operated from the late nineteenth century, drawing visitors from all over the world.

The house is architecturally significant as an early and intact example of the modest class of dwellings erected in this vicinity of Ballarat by holder's of miner's rights, and it contributes to an understanding of the cultural landscape of the East Ballarat goldfields and their haphazard settlement pattern.