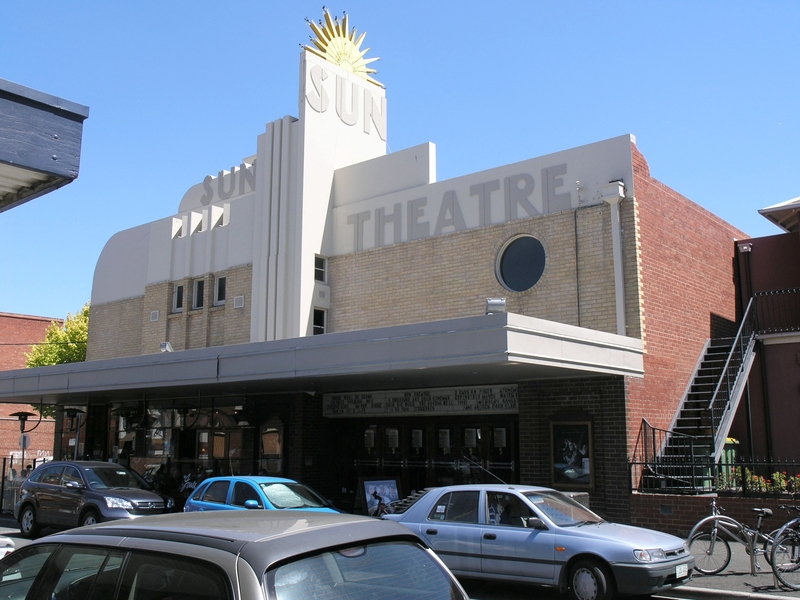 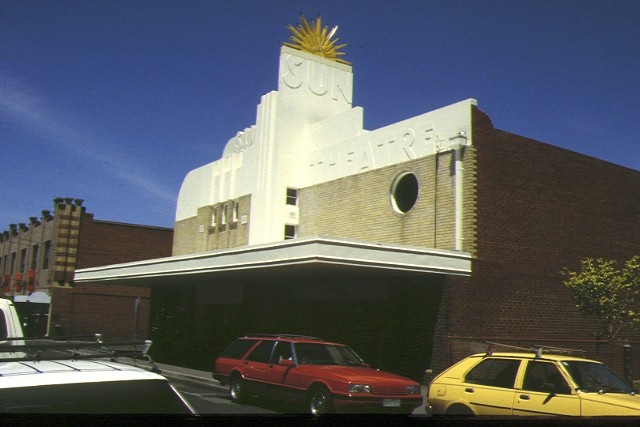 The Sun Theatre, Yarraville, which opened in 1938 was the fourth cinema built for the promoter EC Yeomans. The building was designed by architects Cowper, Murphy & Appleford. The streamlined Moderne facade of the theatre with its elaborate sun motif is its most striking and original external feature. At night the front elevation was illuminated by sodium tube flood lighting with the tower surmounted by a flashing sun in red and gold. Neon light illuminated the name of the theatre in cut cement letters at the top. The interior of the cinema is also significant.

The Sun Theatre was the first Melbourne cinema to be built with a floor parabolic in the shape where the elevated seats are approached from a separate foyer entrance. The auditorium comprised an ornate ceiling with a honeycomb diamond of diffused interior lighting. A large foyer contained the usual ticket box and reservation office, a terrazzo floor in different tones of red, green and black with the theatre insignia inscribed in brass strips.

The Sun Theatre remains one of the few fully articulated (internally and externally) Moderne style cinemas to remain in Victoria. Built as a consciously modern attraction for citizens of the western suburbs, the sun theatre is also a legacy of a form of social entertainment that reached a peak in the 1930s and 40s. The cinema played an important role in the community life of the district and was an important landmark for the Yarraville district. The cinema is also of interest as one of the few to remain in private hands until the Yeomans family sold it in the 1960s.