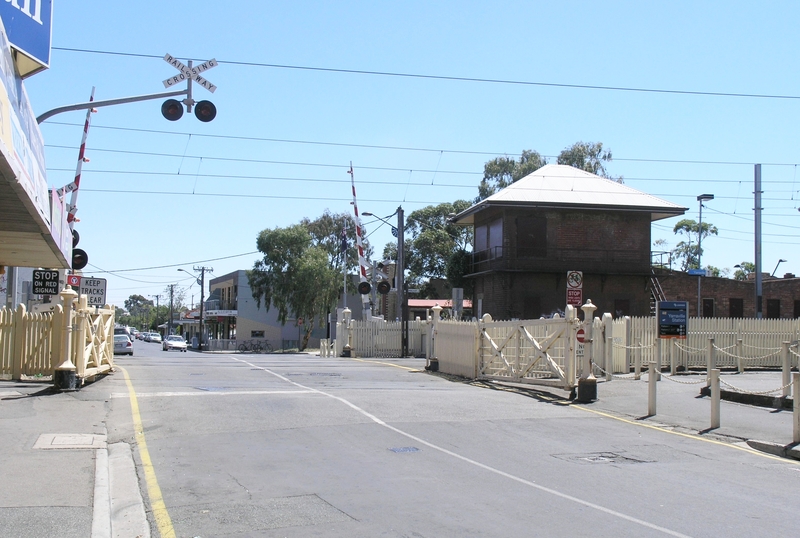 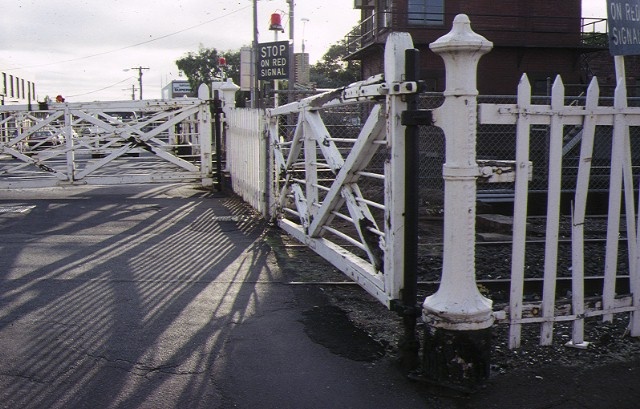 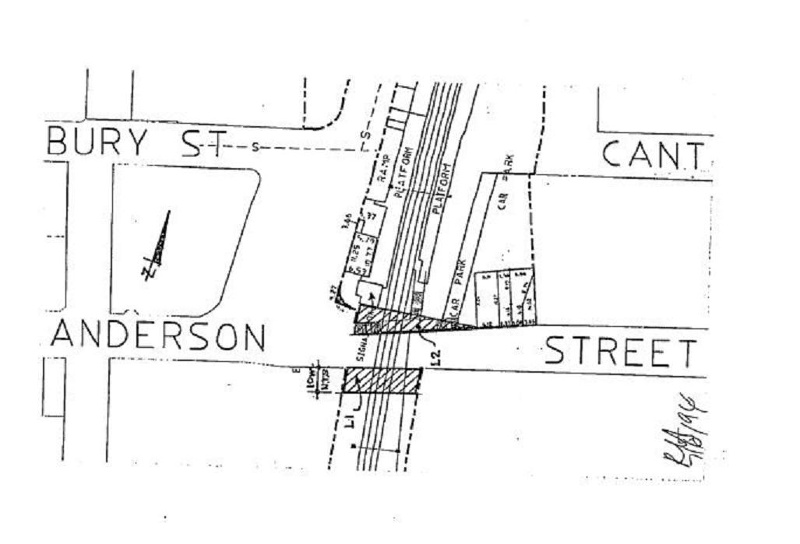 The railway through Yarraville, from Melbourne to Williamstown, opened in 1859, and a station was established at Yarraville in 1872. The station complex comprises a brick up-side station building (1893), a later timber down side platform building, a signal box (rebuilt in 1927), a pedestrian subway, and two sets of wheel operated interlocked level crossing gates commissioned in 1890. One set of four sector gates protects the double main line, and the other set, comprising two sector gates (now inoperable), formerly protected the public siding.

The gates are a notable feature of the Melbourne-Williamstown railway, which is culturally significant as the first and oldest Government-built line in the state.

The gates are the last remaining intact example in Victoria of multiple interlocked railway level crossing gates, protecting both main running lines and sidings. The disused siding gates recall the existence and importance of the public sidings which were once commonplace on the Williamstown railway line.

The intact Yarraville gates, commissioned during the first phase of the introduction of interlocked sector gates on the Victorian Railway system, are typical of the many wheel operated interlocked level crossing sector gates introduced throughout the State between the 1880s and the 1930s.