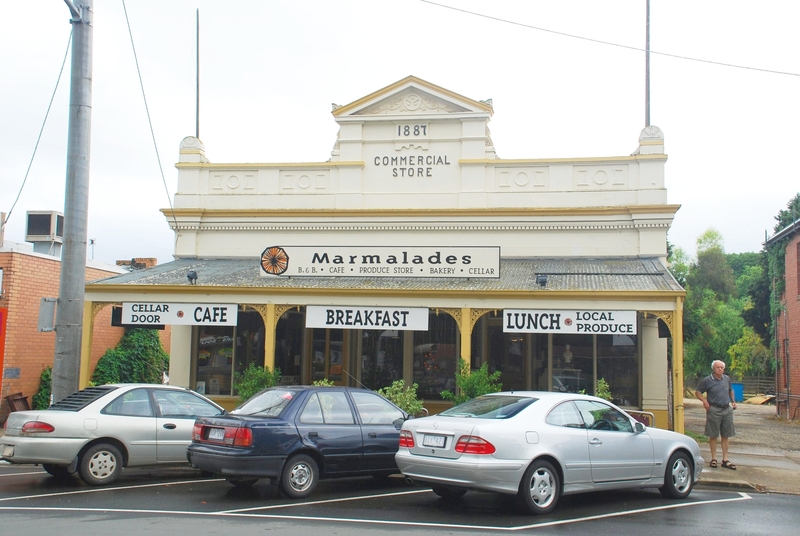 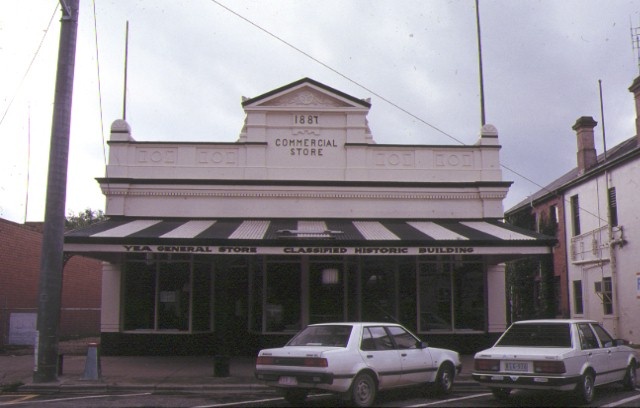 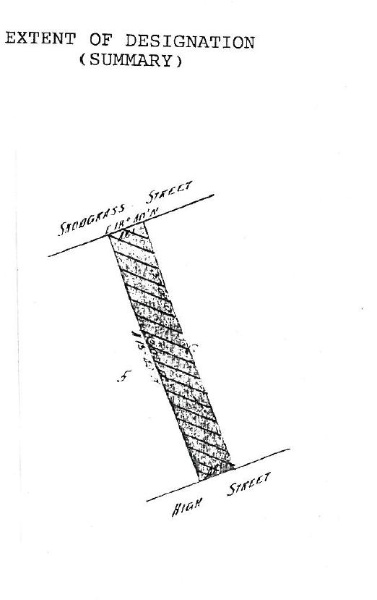 Purcell's General Store at 20 High Street, Yea was built in 1887. It is one of the oldest buildings still intact in Yea and was owned and operated by several generations of the Purcell family until 1986. ES Purcell had operated a general store in Yea from the 1860s and the family was prominent in the town. The store is a single-storeyed brick structure with a wide trussed gable roof concealed at the front by a rendered and decorated parapet with a raised central pediment. Two recessed entrances opened to separate departments, with groceries and hardware on one side and clothing, haberdashery and Manchester on the other side. A varnished and mirrored central partition divided the store centrally and an ornate balustrade surrounded a stairway to a large cellar. Many of the internal fixtures and fittings still exist and are in place, including shelving, bins and three large polished shop counters.

Purcell's General Store at 20 High Street, Yea is of architectural and historical importance for the following reasons:

1) as a rare, intact example of a traditional country-town general store;

2) because it retains many traditional fixtures and fittings dating from the store's inception in 1887, including three large counters, and providing much of the atmosphere and ambience of a traditional country town store;

3) as one of the oldest buildings still extant in Yea and;

4) for its association with the Purcell family, a prominent family in Yea since the 1860's, who owned and operated the store for nearly 100 years.