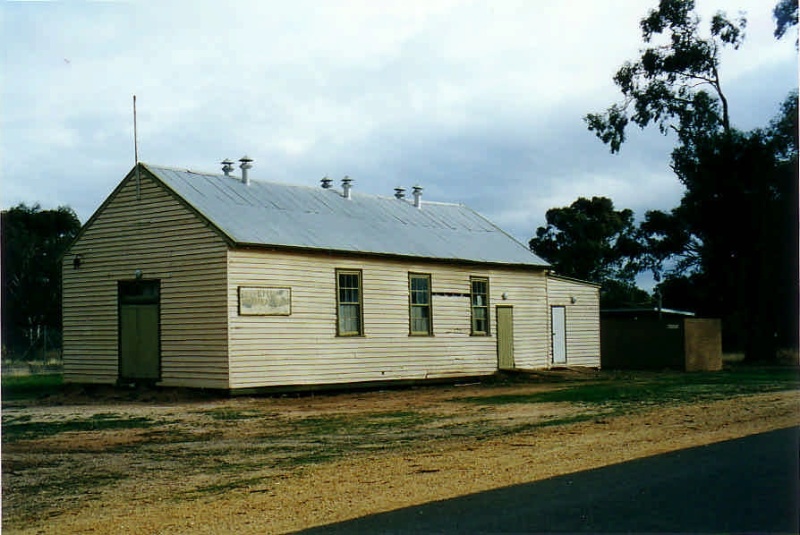 The Memorial Hall off the Dunolly Road, Emu, has significance as an important commemorative icon in the district, and as an intact example of an interwar timber hall. Built in 1924, the hall appears to be in fair condition when viewed from the road. Some timber weatherboards appear to be in disrepair.

The Memorial Hall at Emu is historically and socially significant at a LOCAL level. It is associated with the development of Emu during the interwar period (c.1920s-1940s), and commemorates the fallen soldiers in the First World War (1914-1919). Built in 1924, the hall has served the community for a variety of purposes throughout the 20th century. It is therefore recognised and valued by the Emu and district community for cultural, commemorative and recreational reasons.

Overall, the Emu Memorial Hall is of LOCAL significance.

RECOMMENDED LEVEL OF SIGNIFICANCE: LOCAL
Show more
Show less
All information on this page is maintained by Vic. War Heritage Inventory. Click below for their website and contact details.