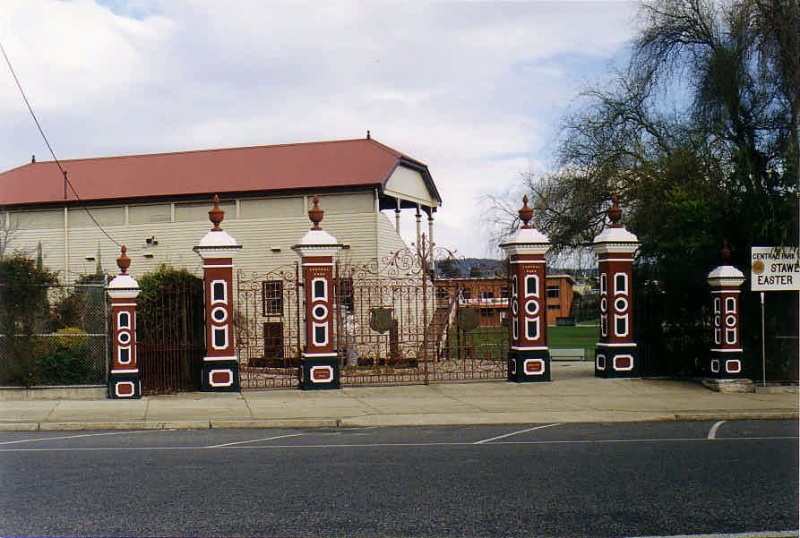 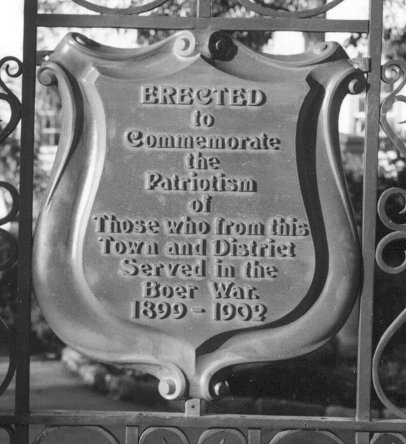 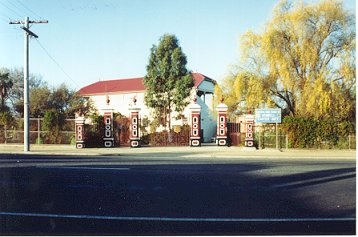 Central Park Stawell, including the sports ground, old grandstand, cast iron entrance gates, memorial stone seat, sun dial and several monuments to individual runners of the Stawell Gift Grandstand has significance for its long-standing associations with the Stawell Gift, Victoria's premier and well-known short distance professional running race. The park was originally gazetted as a cricket ground in the c.1860s as a result of the large British population of diggers, but by 1894 the park was reserved for recreation purposes. The old grandstand has significance as a rare example of its type. Built in 1899 (a year after the Stawell Gift was first held at Central Park), the grandstand was designed by Kempson and Conolly of Melbourne.The grandstand was appropriately restored in 1991 and is reflective of the Federation era with its stop chamfered timber columns, half-hipped (jerkin head) roof, timber balustrading and timber column brackets.

Central Park is aesthetically significant at a LOCAL level. It demonstrates some important visual qualities. These qualities include the large open grassed sport ground, nearby old grandstand and the cast iron entrance gates, memorial stone seat, sun dial and several monuments to individual runners of the Stawell Gift (including the granite honour roll attached to the Hall of Fame building).

The Grandstand in Central Park is architecturally significant at a STATE level. It demonstrates original and rare design qualities of a Federation style. These qualities include the elongated half-hipped half-hipped (jerkin head) roof, timber roof trusses, stop chamfered timber columns having decorative capital moulds and solid timber brackets and the tiered timber seating. Other intact or appropriate qualities include the ground floor refreshment rooms clad in horizontal timber weatherboards with multi-paned timber framed windows and timber doors, central and flanking timber stairs, capped, visually permeable timber balustrade and the finials that adorn the roofline. The timber construction of the Stawell grandstand (for a late 19th and early 20th century grandstand building) is comparatively rare, with the only other known examples being the grandstands in Fitzroy (1888), Kingston (1902) and Benalla (1913).