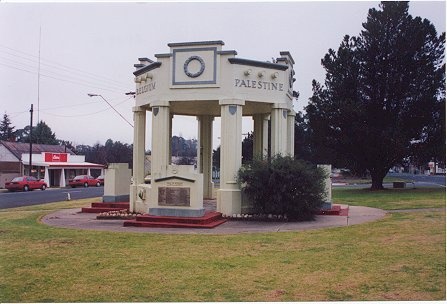 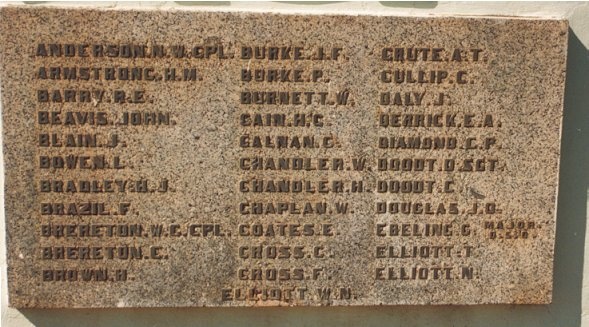 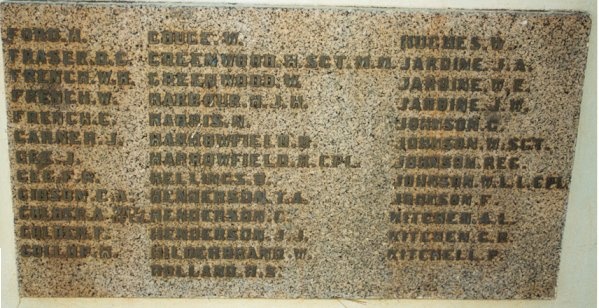 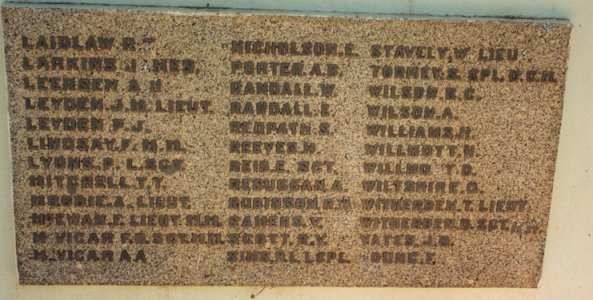 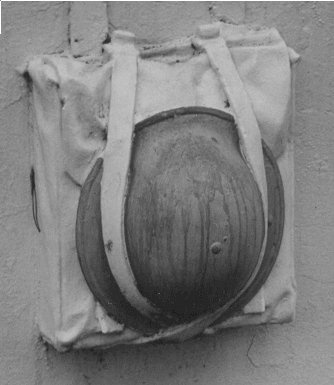 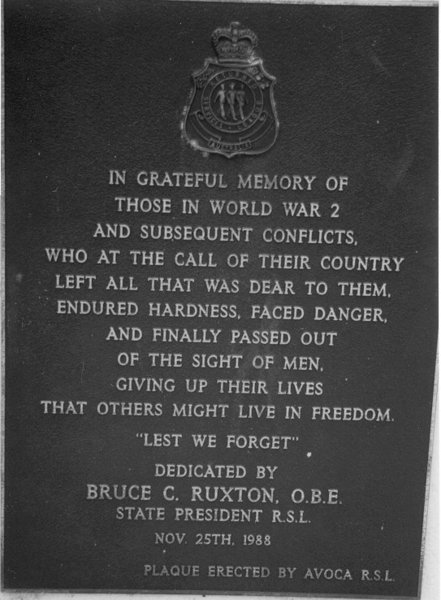 The Avoca war memorial is an octagonal structure supported by four columns and dating from 1921. It has significance for its associations and landmark qualities.

The Avoca war memorial is of great symbolic significance to the community as a reminder of all local residents who fought in the world wars and particularly those who lost their life. Its striking design and its location in the centre of Avoca's main street and have made it a local landmark.