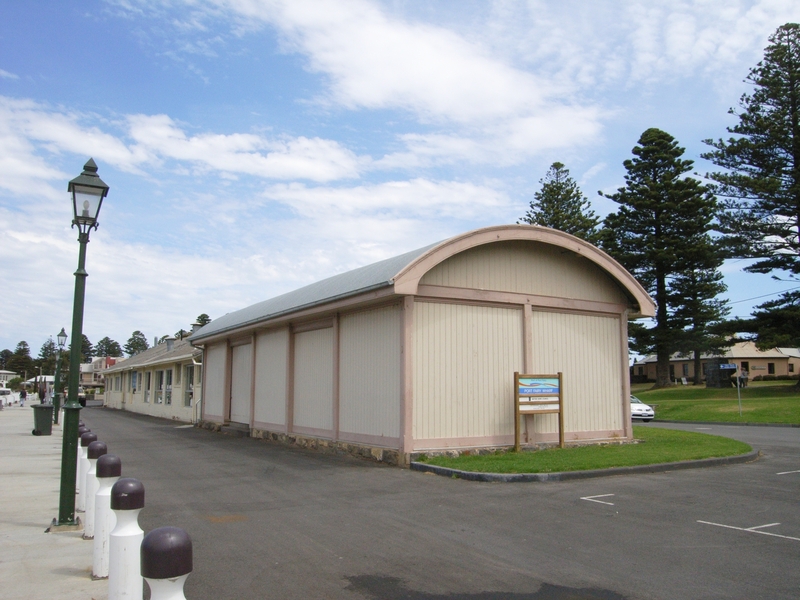 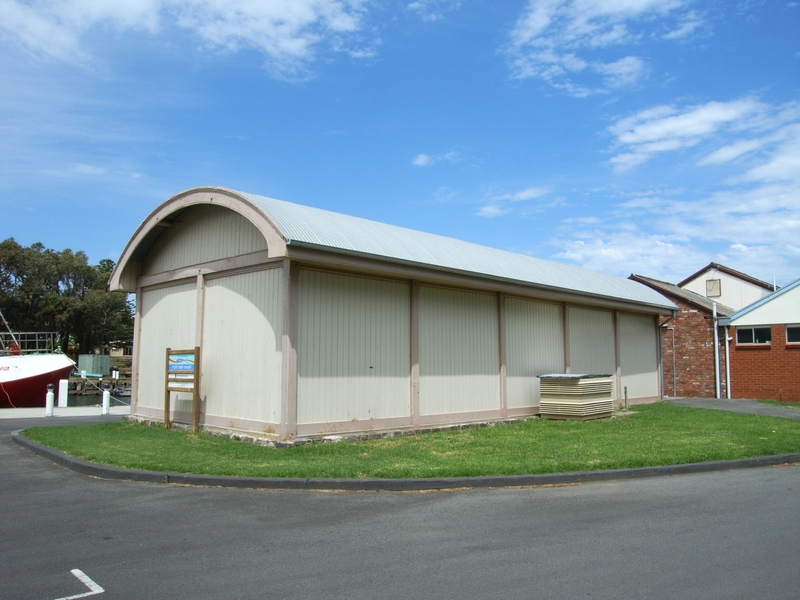 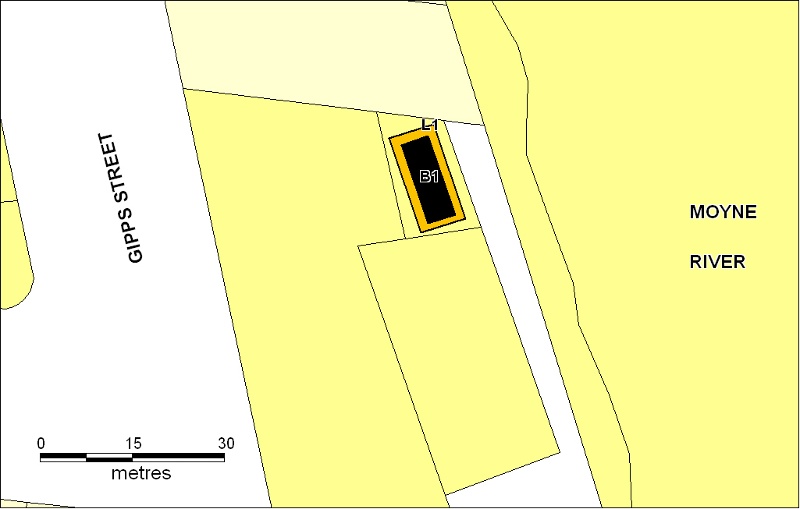 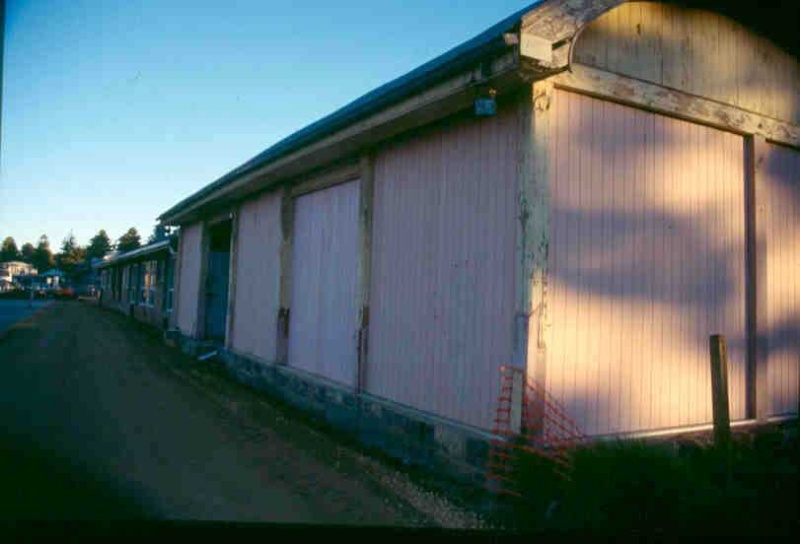 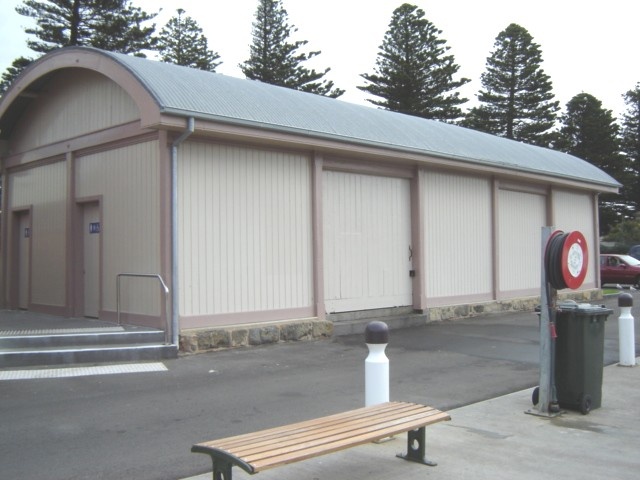 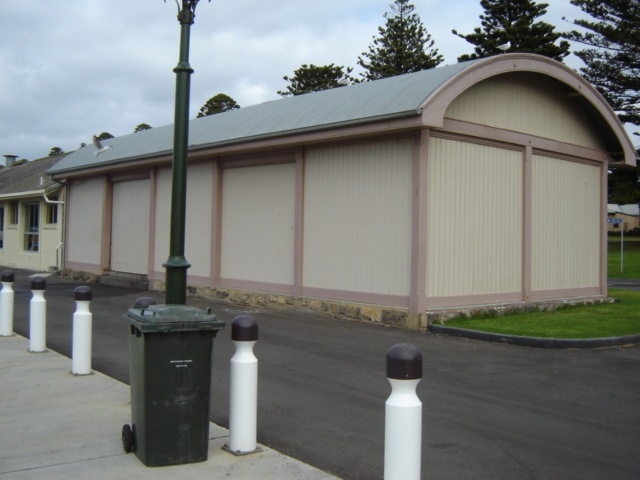 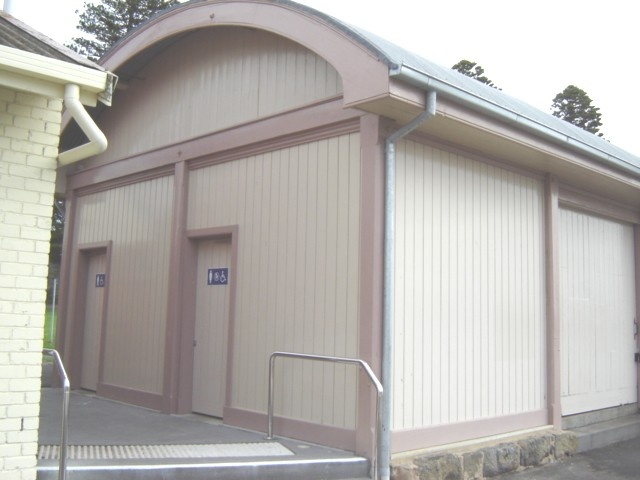 What is significant?
The former Port Fairy Customs Shed was built in about 1863 to receive goods from inwards shipping for spirits gauging and duty assessment by the Victorian Customs Department. The shed, designed by the Public Works Department, is on a bluestone foundation and has a timber frame clad with vertical boards and a curved, galvanised iron roof over bowstring trusses. It measures approximately 50ft x 21ft x 14ft (about 15.5m x 7m x 3.5m).

By the 1860s the town of Belfast (renamed Port Fairy in 1885) had established significant inter-colonial trade and was a port of disembarkation for government assisted immigrants. The Victorian Colonial government established a Customs House in Gipps Street, and this customs shed, to assess revenue and excise duty. The shed was linked by a tramway over a bridge spanning the Moyne River down to the pier on East Beach. The shed was oriented east-west in line with the bridge. Works to develop the Moyne River as a harbour and port required removal of the bridge and tramway in 1875, and the shed was re-erected on the new wharf.

Belfast suffered commercial decline following the bankruptcy of William Rutledge, the leading merchant in the area, and ship-borne trade became increasingly intra-colonial, reducing the need for a customs building. From about the 1870s the shed appears to have been used by local fishermen for drying sails and repairing nets. The track easement for the construction of a railway spur line to the river wharf in 1892 required that the shed to be relocated again, a short distance to the west, away from the river.

How is it significant?
The former Port Fairy customs shed is of historical significance to the State of Victoria.

Why is it significant?
The former Port Fairy customs shed is historically significant as a rare and early surviving example of a timber customs shed. A number of Customs Houses have survived but this is the only known example of a gauging shed in Victoria.