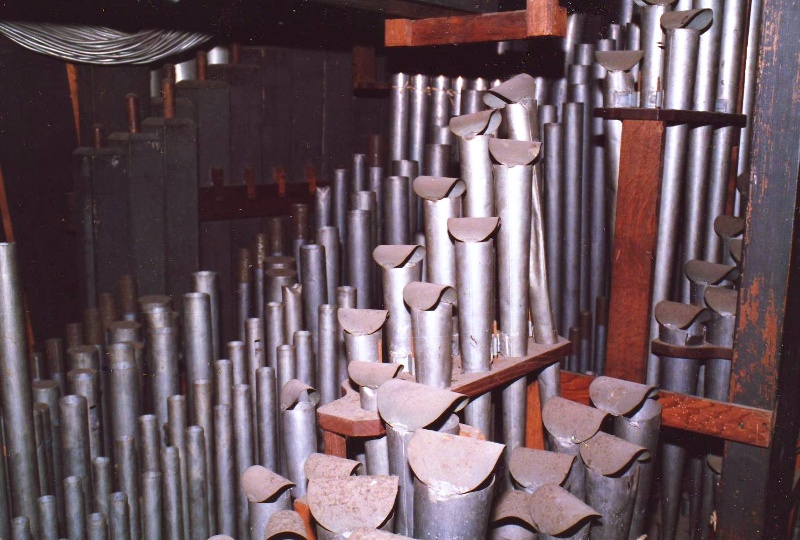 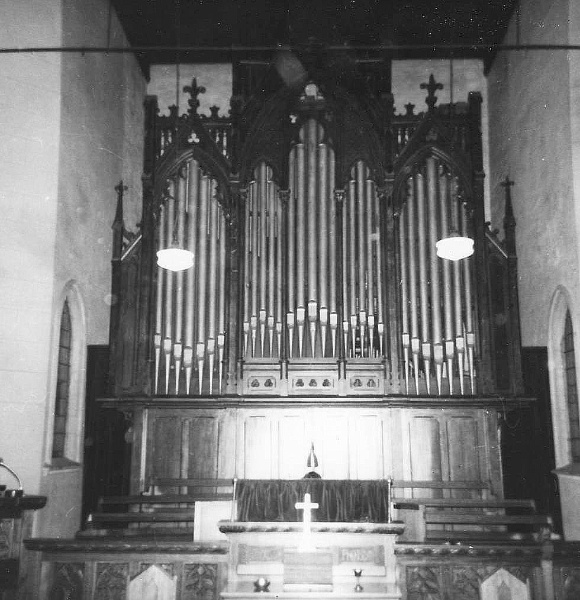 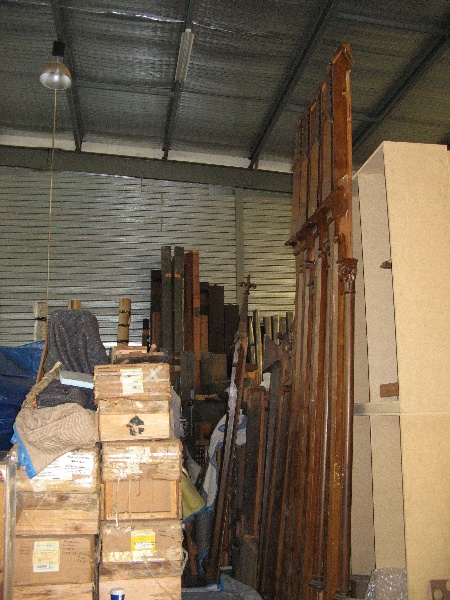 The Merklin-Schütze organ was built in 1870 by the Brussels firm of Merklin-Schütze et Cie using Merklin's own patent, which was technically very advanced for the time. The sound of European instruments was quite different from that of English organs, and composers wrote their music with the sounds of this type of instrument in mind. It was the largest European organ to be exported to Australia in the nineteenth century and the first Belgian organ sent to Victoria. It was imported by the musical entrepreneur George L Allen, probably for St Patrick's Cathedral. It was instead placed in the west end of the incomplete nave of St John's Anglican Church at Toorak, which was an unsuitably small acoustic environment for such a loud instrument. In 1877 George Fincham cleaned the organ reeds and covered them with metal 'shades', which still cover the tubes, in order to subdue the sound in accord with contemporary British taste. A new organ was installed in St John's in 1913 and the Merklin-Schütze organ was placed in a chamber to the south of the chancel (now the Lady Chapel), and in 1914 was sold to the Methodist Church at Elsternwick. In 1919 the instrument was rebuilt by Meadway & Slatterie, a Melbourne organbuilding firm, which replaced all the original actions with a new tubular-pneumatic action, and the 1870 console with a new detached one. The original bench survived but was stolen in the 1990s. In 1923 the organ was re-erected in the new church building on the site and in 1926 another full overhaul was carried out by George Fincham & Sons. The replacement action was failing by the 1950s and by the mid 1960s the organ was becoming increasingly unplayable; by 1978 its use and maintenance had been discontinued. The organ was given to the Australian Catholic University for erection in Central Hall in Brunswick Street, but this space proved unsuitable, and in 2003 the organ was dismantled and placed in storage.

The Merklin-Schütze organ when assembled it is an impressive and elaborate instrument, approximately 9 metres tall, 5.7 metres wide and more than 2 metres deep. The oak case is decorated in a Gothic style, with carved pinnacles, cusping, finials and crockets. Although the original action and console has been lost it retains its pipework, casework, two slider windchests, two reservoirs, building frame and swell box from the 1870s.

The Merklin-Schütze organ is of historical and aesthetic significance to the state of Victoria.

The Merklin-Schütze organ is historically significant as the largest European organ exported to Australia during the nineteenth century, and the only large example of the French Symphonic Romantic school of organbuilding surviving in Australia in substantially original form. The firm of Merklin-Schütze was the major determining influence on the French Romantic organbuilding style, and many French organ composers of the late nineteenth century wrote their music with the sounds of this type of instrument in mind. Organs in Australia designed for the playing of a particular section of the organ repertoire, which has now achieved international artistic recognition, are extremely rare.

The instrument is aesthetically significant for its symphonic tonal qualities and for the unusual mechanical arrangements, which permit the accurate interpretation of such composers as Guilmant, Widor and Vierne.