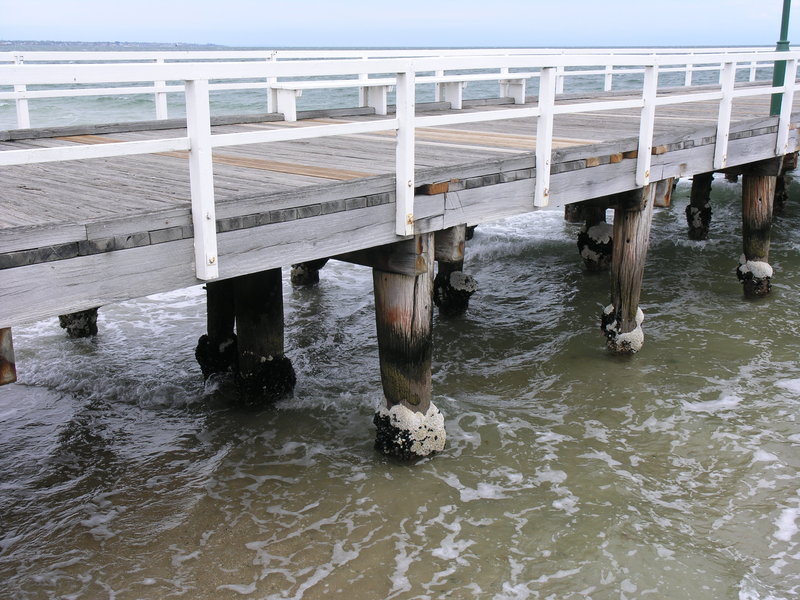 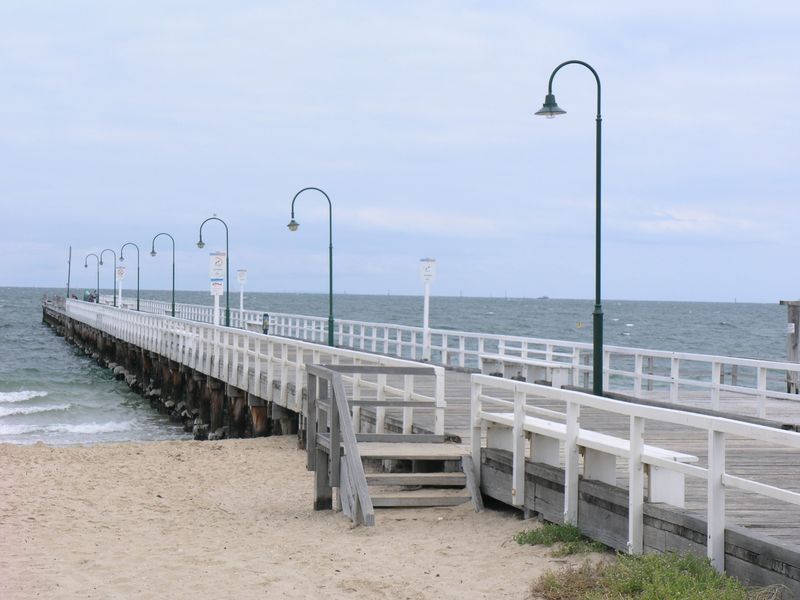 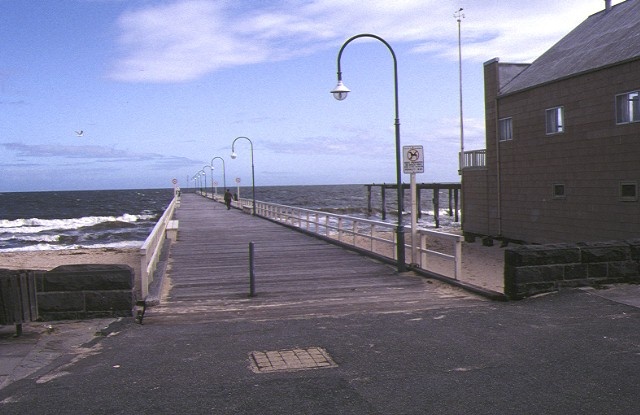 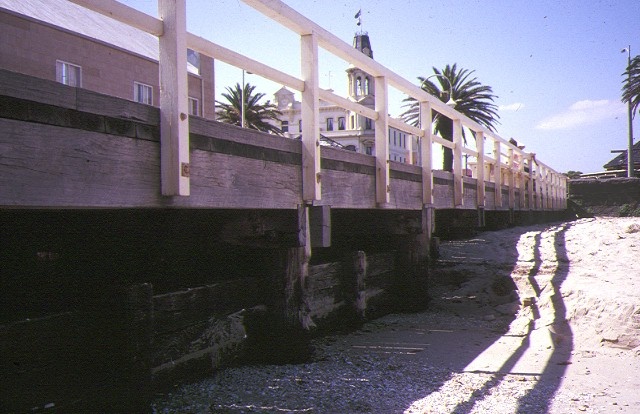 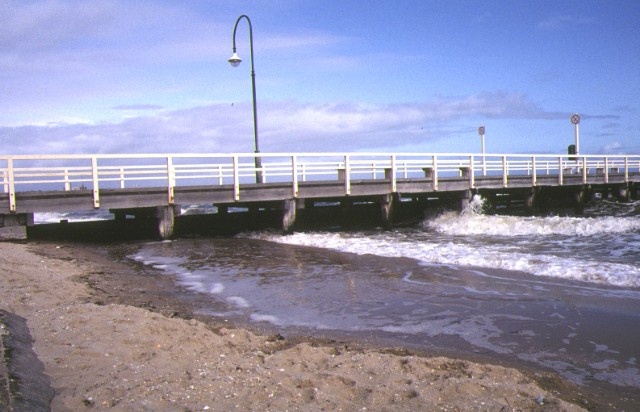 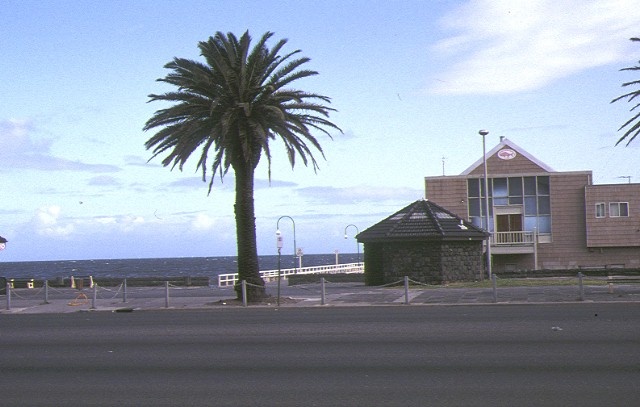 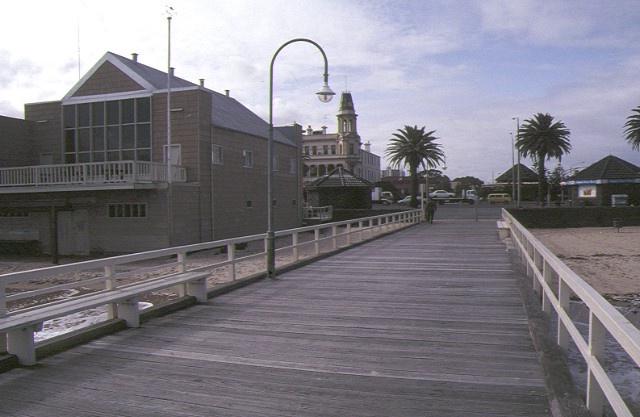 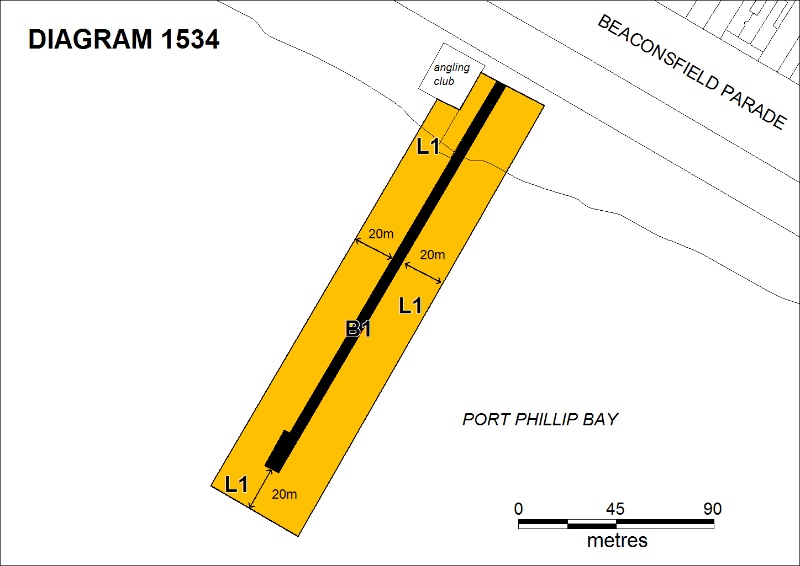 What is significant?
The Kerferd Road Pier, Albert Park, is a timber construction built between 1887 and 1889 to a design by the Public Works Department. It is a wide jetty formed of timber pylons supporting timber cross members. The balustrading and decking are also of timber. The pier remains substantially intact in its original form, though a steel mesh landing platform has been added at the western extremity. Some deck timbers have been replaced. Asphalt, which had been laid over the decking at some time in the past, has been removed. Timber bollards at the seaward end of the pier are weathered.

This site is the traditional land of the Kulin nation.

How is it significant?
The Kerferd Road Pier, Albert Park, is of historical, architectural and archaeological significance to the State of Victoria.

Why is it significant?
The Kerferd Road Pier, Albert Park, is of historical and architectural significance as a rare example of a substantially intact nineteenth century pier in Port Phillip Bay. It retains important elements of its original construction and is a rare example of a pier built predominantly for recreational purposes.

The Kerferd Road Pier is of historical significance for its role in the development of the Albert Park foreshore as a fashionable seaside resort and in the growth of sea-bathing as a popular recreational activity in the late nineteenth and early twentieth centuries. The pier at Albert Park is a surviving vestige of the extensive infrastructure associated with the swimming baths and beachfront recreation along this part of the foreshore. The pier has a relationship with other sites of historical significance for their role in the development of seaside recreation in the area, such as the Victoria Hotel, VHR 0820. It remains an important local landmark.