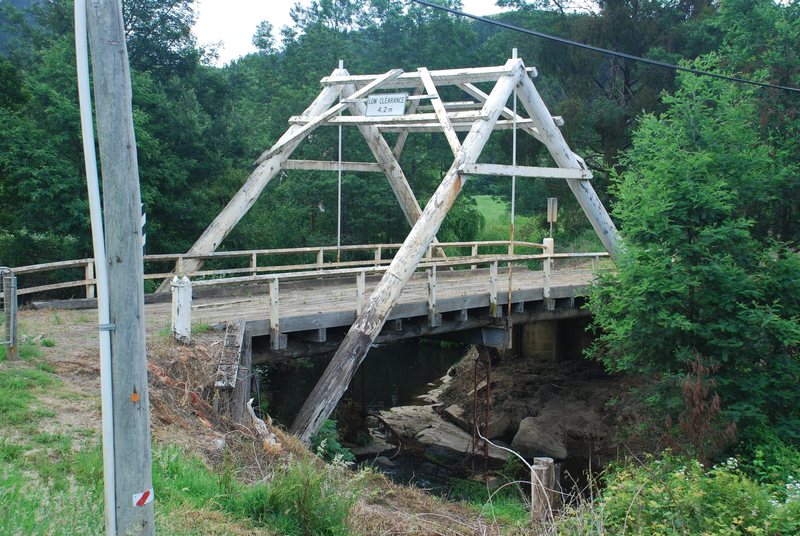 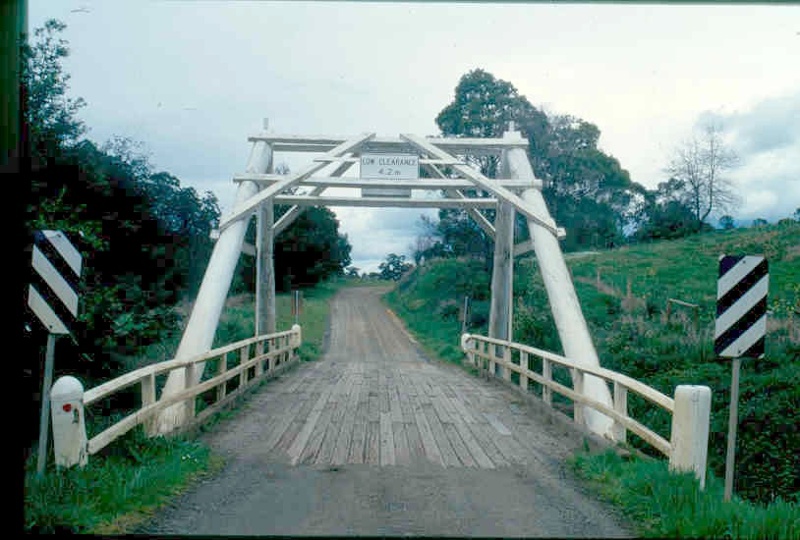 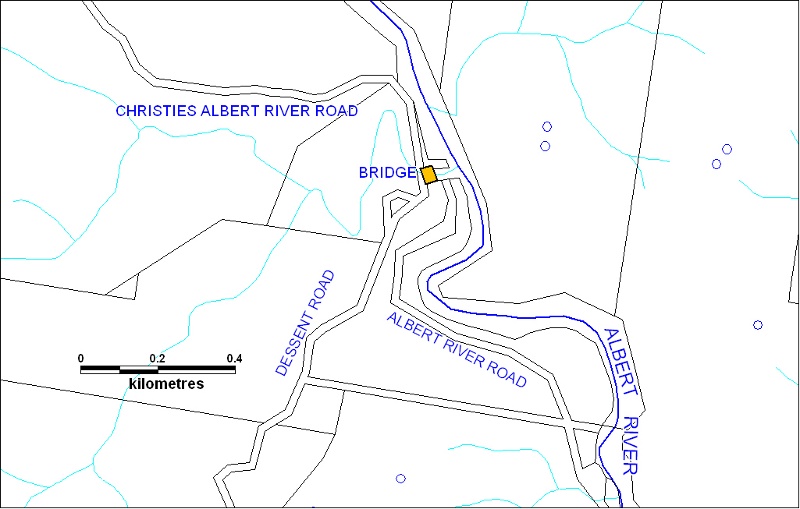 The Hiawatha A Frame Bridge was built in 1933 to a standard design by the Country Roads Board (CRB). It is situated at the foot of the Strezlecki Ranges in south Gippsland, on a tributary of the Albert River, in what is now the Shire of Wellington. The bridge was part of the Developmental Roads Scheme, a scheme for constructing roads and bridges suitable for motorised transport in remote areas to facilitate closer settlement. Whilst the scheme was funded by the State, maintenance of the bridges rested in perpetuity with the local municipality.

The A frame design was a solution to situations which had previously required two stringer spans with a centre-stream pile pier. Flood prone streams carrying debris and floating logs could damage or destroy centre piers, so the suspended A Frame design was a solution for numerous fast flowing Gippsland streams. This bridge has a clear span of approximately 18m. The design was developed during the Depression years of the early 1930s, possibly following an early example on the Great Ocean Road, and a full prototype built for £470 on Merriman's Creek in the former Shire of Alberton. The cost was about half that of a traditional truss bridge.

The bridge is formed by a pair of A frames on each side of the deck constructed form two large logs, joined at the apex and with their bases encased in concrete on each bank of the stream. The frames are also braced with cross stays. A heavy steel rod hanger is suspended from the apex of each A frame, and these rods carry a large steel joist. The steel joist, suspended over the centre of the stream, carries the ends of the substantial timber stringers, on which the standard 1930s CRB motor deck is carried.

The Hiawatha A Frame Bridge is of scientific (technical) and historical significance to the State of Victoria.

The Hiawatha A Frame Bridge is of historical significance as the last surviving example of an innovative type of timber bridge which were particularly numerous in Gippsland. The design was never used on main roads and highways, and therefore has close historical associations with the Developmental Roads Scheme, which helped open up remote areas to settlement. It is also historically significant as an economic design response to the exigencies of the Depression years of the early 1930s.

The Hiawatha A Frame Bridge is of scientific (technical) significance as an innovative engineering solution to the need for bridges in remote locations which were more economical compared to traditional solutions yet could clear large spans. Although of more limited application, the A Frame suspension principle was promoted by the CRB as a successor to the traditional timber truss designs of the 1920s.