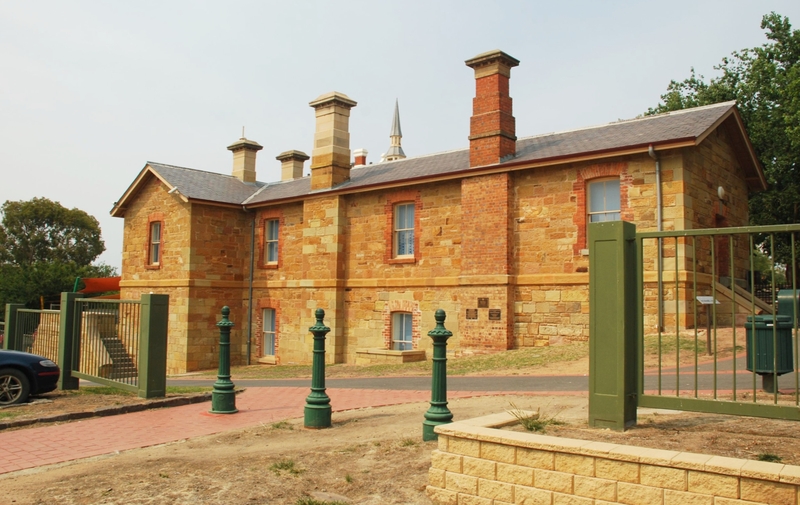 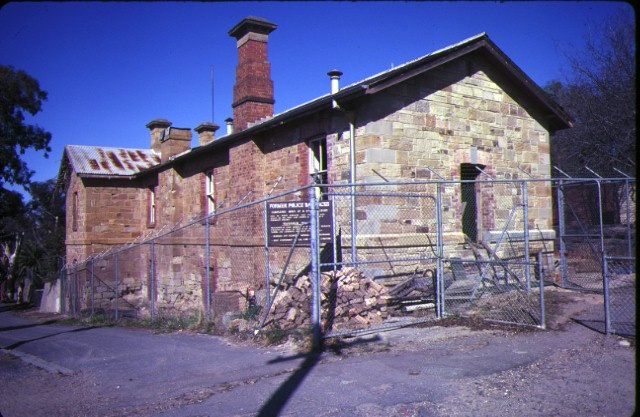 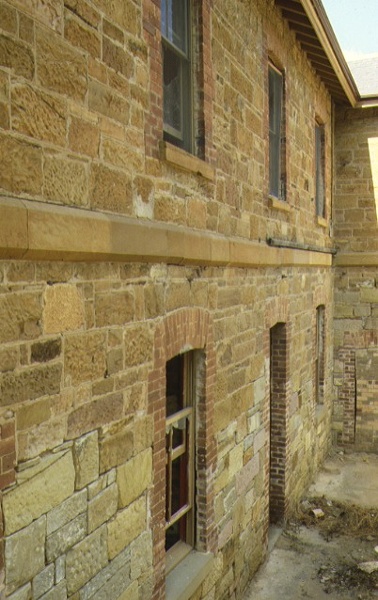 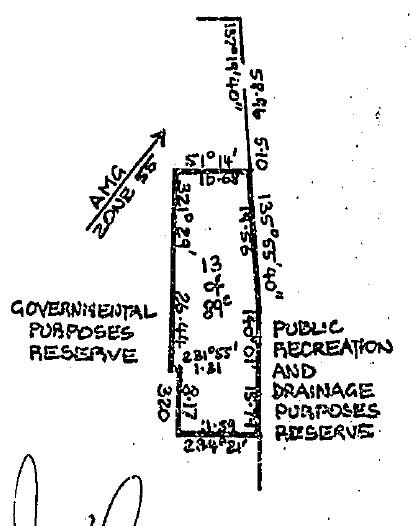 The Former Bendigo Police Barracks, Rosalind Park, were erected in 1860 by the public works department. The architect responsible was AT Snow and the contractor was J Robertson. The building replaced an earlier slab building erected on the police reserve on camp hill and continued to be used for police purposes until the 1920s. The barracks served as the first law courts on the Bendigo goldfields and are therefore connected with Bendigo's most famous magistrate, Lachlan MacLachlan ("Bendigo Mac"). The building is constructed on two levels with the barrack room and offices above and the messroom and kitchens below. The lower floor is partially set into the side of the hill. It is constructed of local sandstone with brick dressings around the windows and has a slate roof. The interior has lathe and plaster ceilings and the walls are either plastered or covered with lining boards. This building is one of the oldest extant buildings in Bendigo and ishistorically important as a record of early government administration on the Bendigo goldfields.

Stylistically it is typical of early public works department design in its simple Victorian form and is a rare survivor of that idiom. The building has suffered neglect for a lengthy period of time and has suffered salt damp attack in the sandstone walls. It is currently being restored.