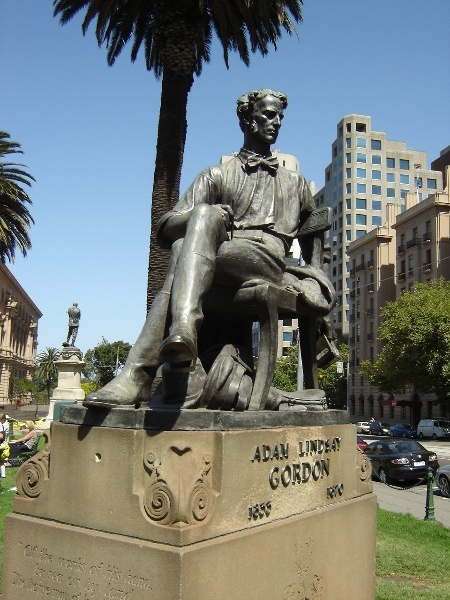 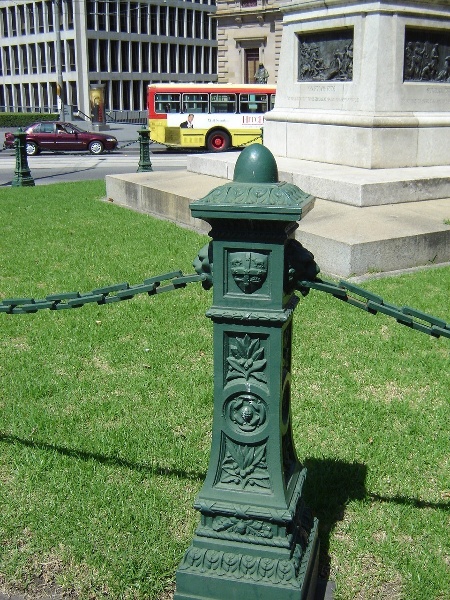 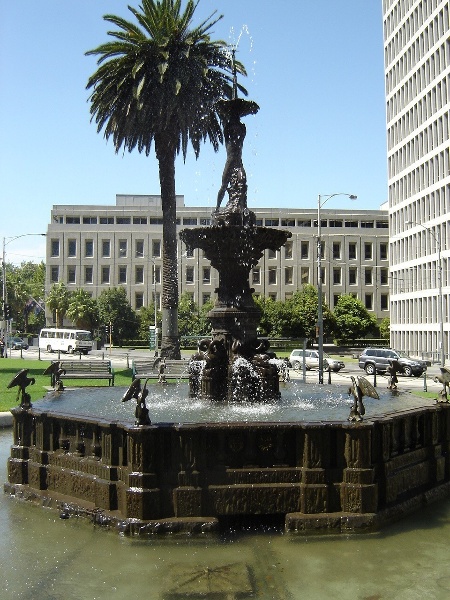 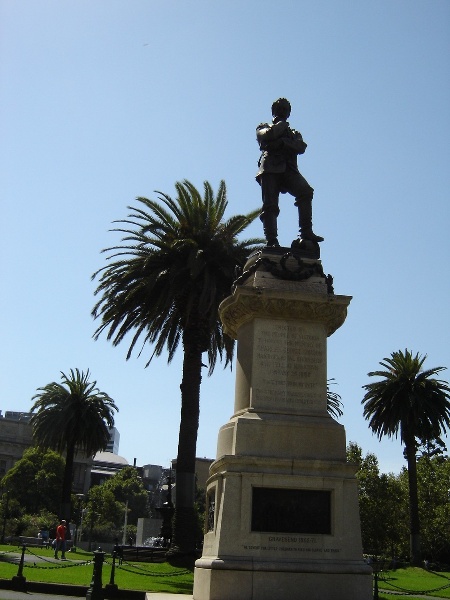 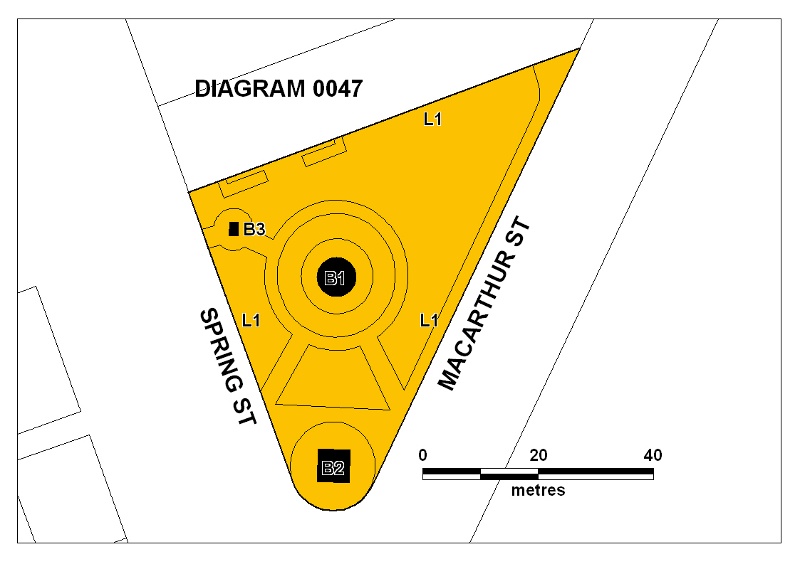 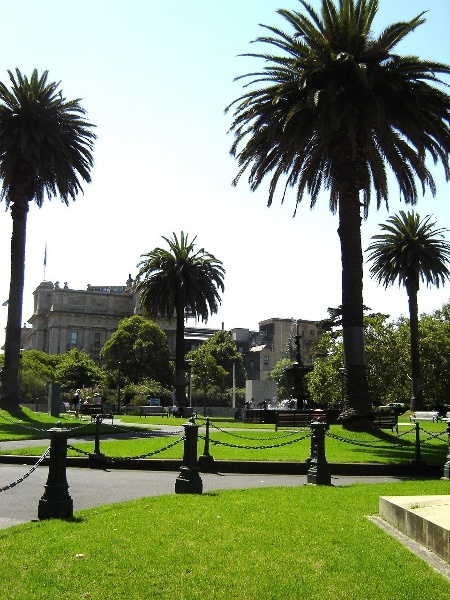 What is significant?
The Gordon Reserve is a small triangle of land bounded by Spring Street and Macarthur Street, containing the Stanford Fountain (1870), the Gordon of Khartoum Memorial (1889), the Adam Lindsay Gordon Memorial (1932), the underground women's public toilet (c1924), and five Canary Island date palms. The Reserve was originally part of the Parliament House grounds, but it became detached from these in 1863 and was called Carpentaria Place.

Early photographs of the site reveal a small fountain, paths and some plantings. In 1870 the Stanford Fountain was placed on the site. William Stanford (1839-1880) designed and carved the fountain from bluestone when he was incarcerated at Pentridge Prison. The fountain, with its birds, dolphins and central cupid figure is well executed. It was originally accompanied by eight stone benches. Photographs dating from the 1880s show the fountain to have almost disappeared from view under the foliage of the exotic plantings including weeping willows, conifers and Moreton Bay figs.

In 1889 the Statue of Gordon of Khartoum was placed on the apex of the triangle at Macarthur and Spring Streets facing towards the Treasury Reserve. General Charles Gordon (1833-1885) was killed at Khartoum, in the Sudan in January 1885. Gordon was an important figure in imperial history and his exploits in China and the Sudan were the stuff of legend before his death. A memorial was suggested and funds were raised by public subscription. The Statue is a copy of Hamo Thorneycroft's statue that had been originally destined for Trafalgar Square. The base and pedestal on the Melbourne statue differs significantly from that in London with scenes from Gordon's life rather than representations of Fortitude and Faith and Charity and Justice. The Gordon Statue is one of the first statues erected of a public figure in Melbourne (preceded by Burke and Wills in 1865 and Redmond Barry in 1887). Gordon's memorial marked the beginning of the 'heroic age of colonial statuary' with another 11 monuments being erected in Melbourne in the next twenty years.

The Adam Lindsay Gordon Memorial, a well executed work of sculpture by Paul Montford, was erected on the site vacated by the Eight Hour Movement Monument in 1932. This was to mark the centenary of Gordon's birth. Adam Lindsay Gordon (1833-1870) was an important figure in colonial literary history. His poetry, although well received was not successful during his lifetime and his reputation was made after his death.

The women's underground public toilet is one of a group of eleven such facilities built by the City of Melbourne between 1902 and 1939. Underground toilets were then thought to be more discreet than street level toilets, as they were out of direct public view. This group is now unique in Australia.

The five Canary Island date palm trees that can now be found at the site were planted in the early 20th Century when the plantings were rationalised and the link fences were installed that delineate the site and cordon off the General Gordon Memorial. As a consequence the site has retained its Edwardian flavour with its mixture of memorials and greenery. The site was not renamed the Gordon Reserve until the 1960s.

The Gordon Reserve is of historic and aesthetic importance to the state of Victoria.

The Gordon Reserve is of historical significance as an exemplar of colonial commemoration, celebrating the redemptive qualities of the Stanford fountain, as well as the grandeur of the British Empire of the General Gordon Memorial and the creation of an Australian literary tradition in the memorialising of specific figures such as Adam Lindsay Gordon.

The Gordon Reserve is of aesthetic importance for the high quality of workmanship in the Stanford fountain, and the quality of the execution of both the General Gordon and Adam Lindsay Gordon statues.

The Gordon Reserve is of aesthetic importance for the pleasing arrangement of the various landscaping elements including the Canary Island date palms, the link fences and the memorials within the reserve.