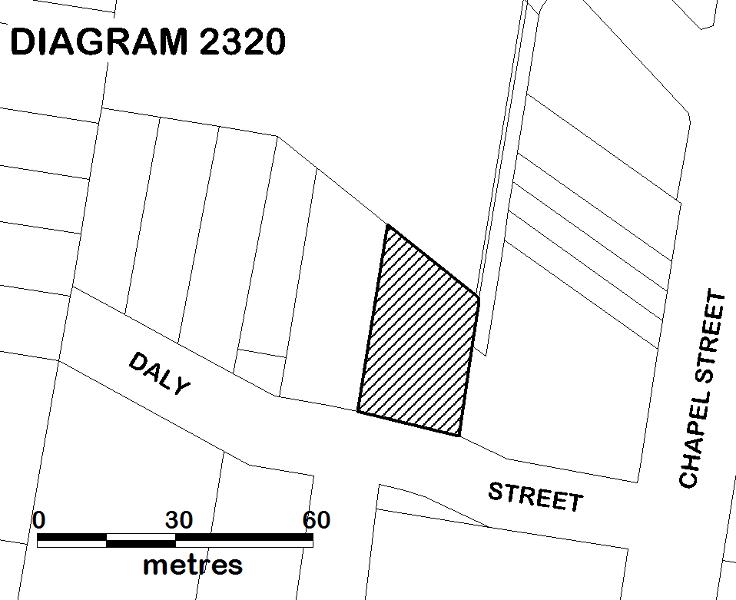 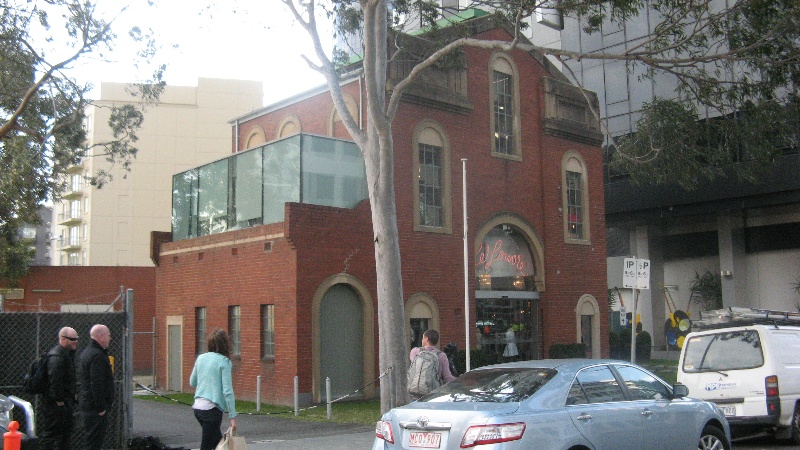 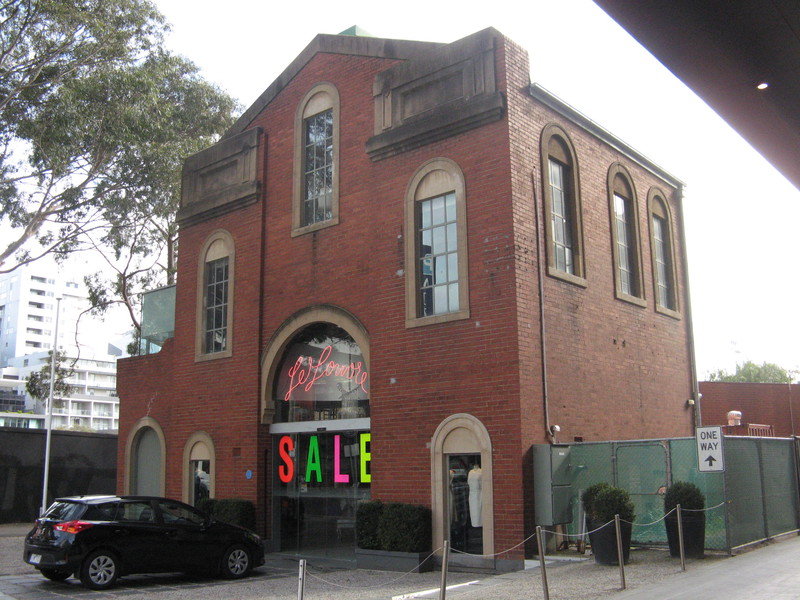 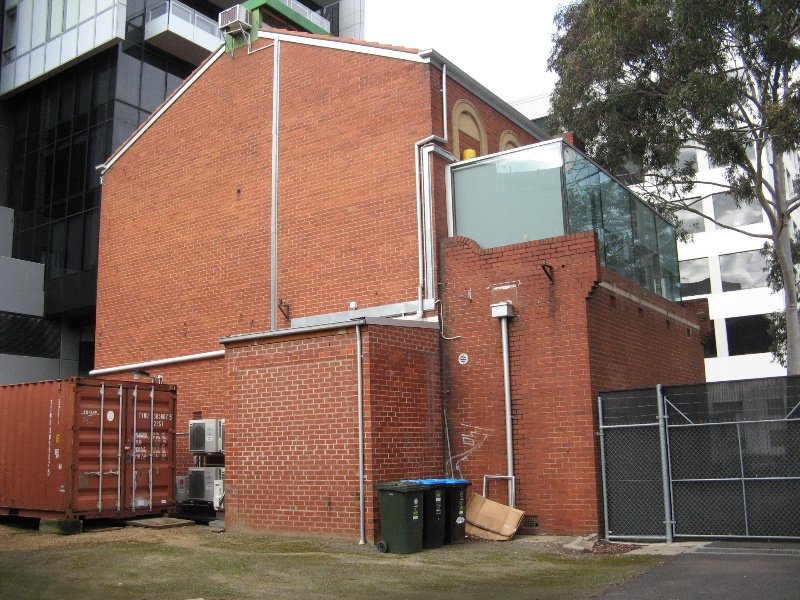 The Former South Yarra Tram Substation, constructed by the Melbourne & Metropolitan Tramways Board (M&MTB) in 1927.

The Melbourne and Metropolitan Tramways Board was formed in 1919 to electrify, integrate and extend Melbourne's existing cable and electric tram routes. Following the formation of the State Electricity Commission (SEC) in 1920, electricity to power Melbourne's electric tram lines was taken from the state grid system at substations. These converted the SEC's 6500 volt alternating current (AC) to direct current (DC) at a lower voltage to operate the trams. Between 1925 and 1940 the M&MTB progressively electrified the old cable tram routes, built new depots and substations, extended the existing tram lines and added new routes. The South Yarra substation was located at the rear of the former South Yarra cable tram engine house and car shed (which are now much altered), and took over its function of powering the Prahran tram line. It was one of five impressive brick substations built in the mid-1920s in the inner suburbs. It was probably designed by Alan G Monsborough, the M&MTB's architect, who was responsible for the design of all tramway buildings during the formative years of the electric tramway system. In 2005 the South Yarra substation became redundant and a new substation was built at the rear. In 2009 the old substation building was converted for use as a ladies wear shop.

The Former South Yarra Tram Substation is a tall symmetrical Inter-war Stripped Classical style building of brick, with a large central front entrance for the movement of electrical plant. It has arched steel-framed windows. There are rendered dressings around the openings, a rendered brick parapet and a corrugated iron roof with a lantern light along the ridge. A lower level skillion in a similar style is attached on the west side. All original equipment and fittings have been removed from the interior and as part of its conversion to a ladies wear store the interior has been refitted.

The Former South Yarra Tram Substation is of historical and architectural significance to the State of Victoria and satisfies the following criteria for inclusion in the Victorian Heritage Register:

The Former South Yarra Tram Substation is significant at the State level for the following reasons:

The Former South Yarra Tram Substation is historically significant for its association with the development of Melbourne's transport systems in the early twentieth century, and with the role this played in the development of Melbourne and its suburbs. It is significant for its association with the development by the M&MTB of an integrated electric tramway system from the 1920s and as a demonstration of the scale and quality of works undertaken by the M&MTB. Its location at the rear of the former South Yarra cable tram engine house and car shed (now much altered) reflects the change in technology from cable to electric trams in the 1920s. The former South Yarra substation is one of four 1920s substations which survive relatively intact, and these, individually and as a group, help to demonstrate the scale of the electric tram network developed by the M&MTB in Melbourne and its suburbs and the infrastructure required for this work. (Criterion A)

The Former South Yarra Tram Substation demonstrates the form and scale of the substation buildings constructed in the 1920s to house the rectification and switching equipment required to operate the electric tram system. The building is a fine example of the application of the Inter-war Stripped Classical style to a utilitarian industrial building. (Criterion D)